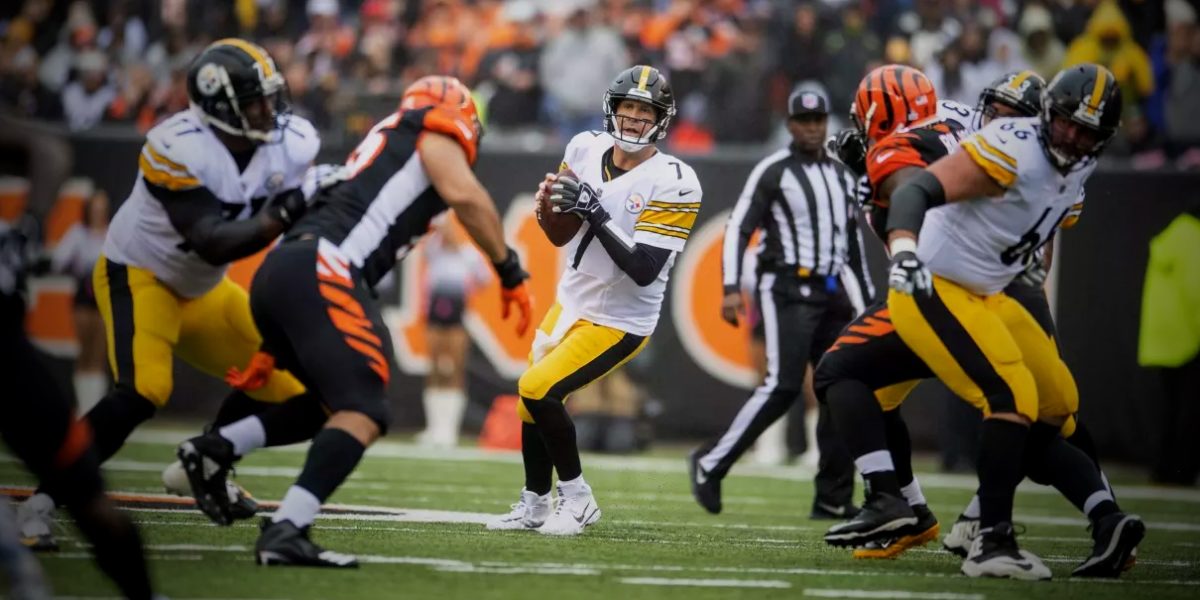 There is so much on the line in Week 17 of the 2018 NFL regular season for the Pittsburgh Steelers, but not all is lost. In fact, playing host to the Cincinnati Bengals for their final game of the regular season presents a lot of interesting opportunities for Pittsburgh. Before we jump ahead to game day, let’s look at what was predicted in Week 16 against the New Orleans Saints – how close we were, how far we were from what ended up happening. Then we’ll sharpen our focus squarely on that team in the south of Ohio that Steelers fans love to hate.

Despite the loss, I am going to claim the Steelers-Saints game a prediction “win”.

After the loss to the Saints, one player that drew heavy ire was Smith-Schuster. Just one weekend removed from “fans” telling placekicker Chris Boswell he should commit suicide (yes, it happened and it caused Boswell to remove his Twitter account), the strange play that resulted in Smith-Schuster catching the ball on top of a Saints defender and not being able to get his body onto the turf before another Saints defender popped the ball loose brought out the ugliest Twitter barrage I may have ever seen from people who claimed to be a part of Steelers Nation. By the way, it wasn’t JuJu that lost the game, folks. Did the play end any last-second heroics that might have saved the game for the Steelers? Yes. The Steelers didn’t have a lot of luck on their side, but they could have been in a better position than they allowed themselves to be in when that play happened.

I hope to never see another tirade (by people claiming themselves as Steelers fans) as unnecessary, ridiculous, and horrendous towards another Steelers player as I – and the public – witnessed against Smith-Schuster or Boswell. I believe in redemption. Boswell hit every single field goal and PAT attempt against the Saints. This week, I see Smith-Schuster suiting up as the Steelers’ 2018 MVP and getting redemption of his own and doing it against the Bengals.

The last time Smith-Schuster faced the Bengals was in Week 6 of the 2018 season and he did this:

It was a bit controversial as well. Everything Smith-Schuster has done this season has drawn attention. He’s a weapon, he’s talented, he’s gifted, athletic, and has shown that he puts his whole heart into being the best teammate and player he can possibly be. He’s young – something some people don’t understand – but he has also shown himself to be exceptionally reliable. He played through a groin injury last weekend and he’ll be ready to put everything on the field this weekend.

Ben Roethlisberger on the Bengals, and staying focused on the task at hand. pic.twitter.com/x7aE8uSZkS

Roethlisberger loves playing at Heinz Field. He loves playing the Bengals. In his press conference, he said, “I just care about winning this football game.” Who doesn’t love to hear that from their veteran quarterback? In Week 6, Roethlisberger threw for 369 yards and a touchdown on 32 completions and went un-sacked.

Other Steelers Predictions against Bengals

It looks like James Conner will get an opportunity to play in the final regular-season game after being off for a few weeks due to an ankle injury. One thing that the Steelers would like to do is get back to a more balanced offense. Whether Conner will get the workload at running back or not is up in the air, especially with how Samuels has played in his stead. Still, the duo should have success against a Bengals defense that has been decimated by injury.

Jeff Driskel isn’t Andy Dalton. In some ways, that’s a good thing. In other ways, not so much. Driskel has the ability to scramble, which makes him different for Keith Butler to scheme around, but he doesn’t have the strongest arm in the NFL. In fact, Driskel often pushes his passes to the center of his receivers’ chests and has yet to show an ability to get the ball to the outside shoulder of his receivers in a consistent manner. Driskel also tends to panic and want to use his feet to get out of pressure situations instead of relying on his offensive line to keep the heat off of him. That leads us to two more Steelers predictions…

As for the Bengals’ run game – it goes through Joe Mixon. With John Ross as the top receiving option, the Steelers can force Cincinnati to become very one-dimensional in this final game. Mixon has a great jump-cut that shakes defenders out of their shoes and the Steelers will need to watch him in situations where Driskel likes to hit him with a flare pass or delayed dump-off in the receiving game.

And that, Steelers fans, brings us to the biggest prediction of all — that the Steelers control their own destiny and defeat the Bengals on home turf. Here We Go!