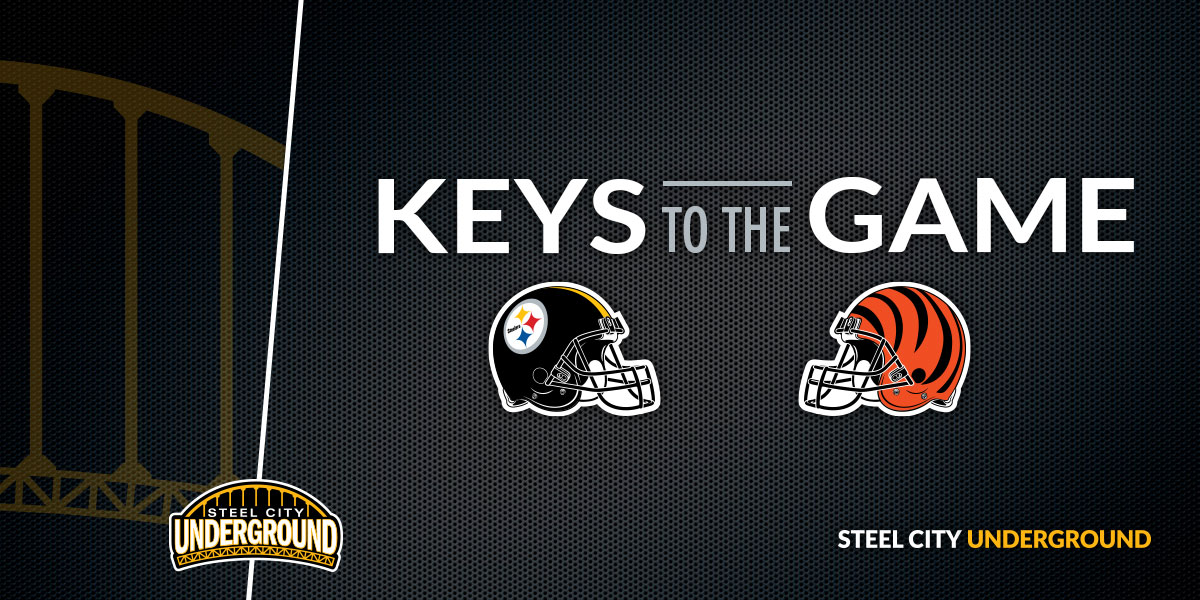 The Steelers enter the final game of the season in a must win situation and in need of help from their rival Cleveland Browns over their other rival, the Baltimore Ravens. However, if the black and gold don’t get past the Bengals on Sunday, nothing else matters. I fully expect a Steeler victory and I don’t expect it to be close. Beyond that, they have to hope and pray and keep their fingers crossed that the Browns come up with the upset.

Here are the Steelers “Keys to Victory”:

The Bengals are with out Andy Dalton and AJ Green, the only offense they have at this point is a running game that starts with Joe Mixon. If the Steelers can stuff Mixon at the line, they’ll force the ball to be distributed by Jeff Driskel, the Bengals backup quarterback who isn’t someone to truly fear.

The black and gold have created turnovers the past couple of weeks and they need to continue to do so this week in order to flip the field and gain some momentum. Turnovers have been extremely difficult to come by this season for the black and gold so getting a pick or two or a fumble will go a long way in setting up the day for the Steelers and helping them edge their way to victory.

The Steelers rank near the bottom of the league in penalty yards given up and there is no better way to keep a bad team in the game than giving up free yards. Yes, the refs played a huge part in the penalty yards given up last week, no arguments here, but the Steelers need to help themselves and stay out of those situations (when they can). No reason to provide free yards or easy points to an inferior opponent.

Matt McCrane must make his kicks

Matt McCrane was signed off the streets this week to replace Chris Boswell who was placed on IR. McCrane must do what Boswell hasn’t done consistently this season, hit kicks. Problem is, McCrane kicked for the Raiders earlier this season is 5 of 9 for the year himself. Kicking in Heinz Field is no picnic so let’s hope he can get the job done when called upon.

The Steelers really shouldn’t have any challenge this week. The Bengals are a horrible football team and the Black and Bold are playing for their lives. If they don’t win, nothing else matters. I expect a large margin of victory in this one with a 34-14 victory.

From there they need to scoreboard watch and hope the Browns get it done. Unfortunately, I don’t think the Ravens will falter in a must win game at home and I think they’ll get by the much-improved Browns by a score of 23-20.