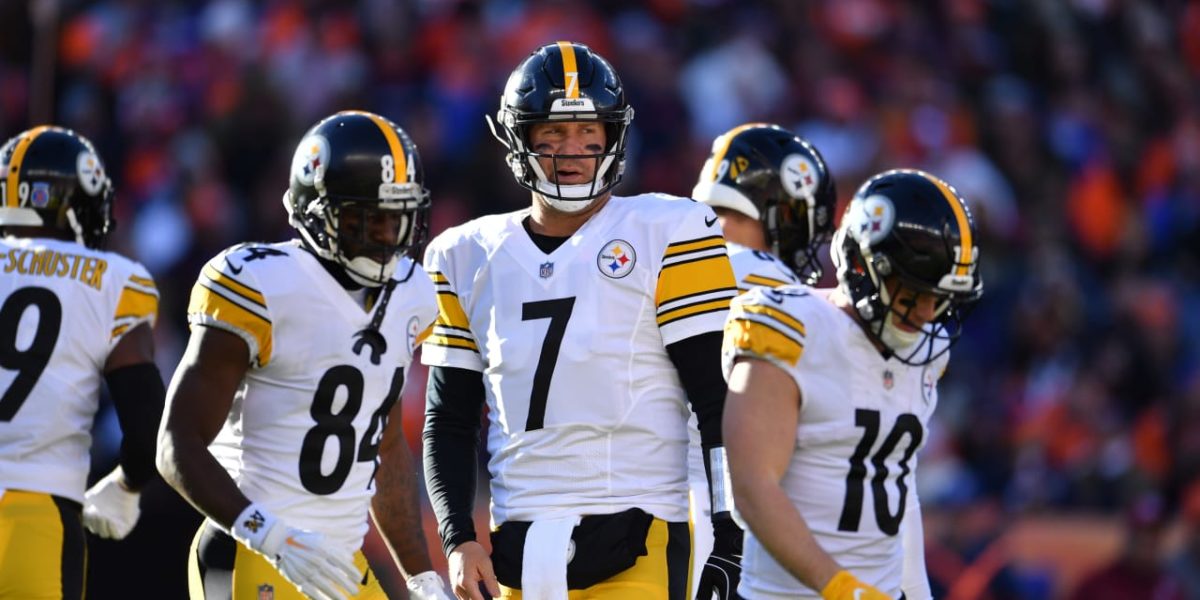 Everywhere I look, people are saying the Steelers organization is an embarrassment. Many people pin this on head coach Mike Tomlin, who has taken responsibility himself for some of the recent mishaps with the franchise. However, it’s not just a “Mike Tomlin thing”, rather, a league-wide epidemic where every team appears to be facing some sort of off-field issues.

Yes, nearly every team in the NFL is facing some sort of drama. Let’s take a look at most of those teams to prove that the Steelers aren’t the only organization facing scrutiny.

Any team searching for a coach

Each season 6-8 NFL teams are looking for a new head coach: tell me that isn’t drama!

The Cleveland Browns, New York Jets, and Miami Dolphins headline the list as teams who are going through changes yet again. The Browns appeared to be on an upswing, but can they maintain it by changing their staff once again?

And how about the Jets and Dolphins, who continually lay down for the New England Patriots? Heck, the Dolphins are still searching for their head coach, reportedly from one of the teams still playing in the upcoming Super Bowl.

The Arizona Cardinals are making the switch again this season, while the Cincinnati Bengals have been awful for years and finally cut ties with long-time coach Marvin Lewis. The Denver Broncos parted ways with second-year coach Vance Joseph and the Tampa Bay Buccaneers continue to hover somewhere in mediocrity!

Oh, and don’t forget a team which closely resembles the Steelers, caving to their diva quarterback’s demands. That’s right, I’m talking about the storied Green Bay Packers and Aaron Rodgers, who got Super Bowl winning coach Mike McCarthy ousted midseason. (I’ll even go as far as saying you’re being dishonest with yourself if you believe the Steelers are in worse shape than Green Bay at this point!)

I’ll go there: just wait until the Super Bowl is played. No team is immune to scrutiny following the big game. The winner will likely have their roster pillaged of their talented players (see the Ravens, re: Joe Flacco’s contract) or you can see a big name retire and send a franchise into a downward spiral. (See: Peyton Manning, Broncos.)

Or what about not running the ball on the goal line with the league’s leading rusher, in reference to Pete Carroll and Marshawn Lynch?

These are hypotheticals right now, but the storylines are on par for the Rams and the media’s love affair with head coach Sean McVay, as well as the Patriots current situation. The Rams aren’t far removed from having moved to Los Angeles, turmoil in and of itself, and also letting coach Jeff Fisher go. I wonder, if the referees had called pass interference (as they should have) against the Rams and they had lost, would we hear about McVay sitting Todd Gurley for C.J. Anders the same way “Beast Mode” was talked about?

And just wait: the Rams locker room is full of colorful personalities. Winning heals all, so only time will tell!

The Patriots will have to deal with retirement talks for Bill Belichick, Tom Brady, and Rob Gronkowski. Heck, last year they were heavily criticized for benching their starting cornerback which many pointed to as the reason they lost the Super Bowl.

Heading into this season, was anyone confident about Andrew Luck’s health? The Colts crawled into the playoffs but not before that story, as well as being ditched by Patriots OC Josh McDaniels for their head coaching position, dragged the franchise through the mud.

The Kansas City Chiefs instantly fired their defensive coordinator after losing to the Patriots. KC also had to deal with their star running back, Kareem Hunt, getting caught assaulting a woman earlier in the year. (If you don’t think that story will resurface once football dies down, you’re kidding yourself too!)

The Ravens have smoke around their Joe Flacco fire: what happens with their Super Bowl winning QB? Does Lamar Jackson continue on as the starter?

Whoa Nelly: Bill O’Brien still can’t win a big game. He has one playoff win against an Oakland Raiders team that had Connor Cook start in the Wild Card game. (Cook had a 30.0 QB rating!)

The Dallas Cowboys have Jason Garrett and Jerry Jones always causing turmoil, but they also let their offensive coordinator move on now too. The Seahawks had Earl Thomas sit out training camp, only to return and flip off fans after being carted off the field with an injury.

The Saints? They’re suing the league over a blown call… and have no guarantees of greatness. Drew Brees and Sean Peyton have missed the postseason with four 7-9 seasons since 2012.

And the Chicago Bears, the most drama-free team entering the playoffs, have their kicker receiving death threats now.

The Buffalo Bills are back to being bad. Jon Gruden laughed his way to the bank by trading all of the Raiders players away while finishing with four wins. (Yes, I know… don’t remind me they beat Pittsburgh.)

The Tennessee Titans are going to change their offensive coordinator yet again, making it impossible for Marcus Mariota to ever succeed in the NFL. And WTH happened to the Jaguars this year? Oh yeah, they had a problem with multiple running backs and discipline, jettisoning the position coach Tyrone Wheatley in the process!

Over in the NFC, the Eagles have to figure out what to do about Nick Foles and their quarterback situation after their Super Bowl hangover saw them stumble into the playoffs… thanks to the Bears. (Yep, good job Chicago. You let the team that beat you into the postseason!)

The Redskins have a fiasco and a half with quarterbacks breaking their legs. The Giants, another mirror image to the Steelers in many ways, are calling for Eli Manning’s head… he’s their last reminder of success that went away after Tom Coughlin was shown the door.

The 49ers had all sorts of injuries and continue to deal with, well, you know the situation surrounding one of their former quarterbacks and “collusion”. Then there’s the Minnesota Vikings, who many felt were Super Bowl contenders but couldn’t get over the hump, firing their OC midseason and missing the playoffs.

Finally, anyone not named the Saints in the NFC South is a dumpster fire. I have no idea how the Carolina Panthers or Atlanta Falcons managed to finish 7-9. Coaching and roster changes are abound on those teams as well, including rumbling that, *gasp*, Cam Newton may not play in 2019!

It’s a short list with many items left off for brevity but as you can see, the off-field issues are there for nearly every team in the NFL. Many of them had it during last offseason and came out smelling like roses in the end. So Steelers Nation, take a deep breath and hold on for the ride, as the Black and Gold attempts to get through this rough patch and bounce back better in 2019.