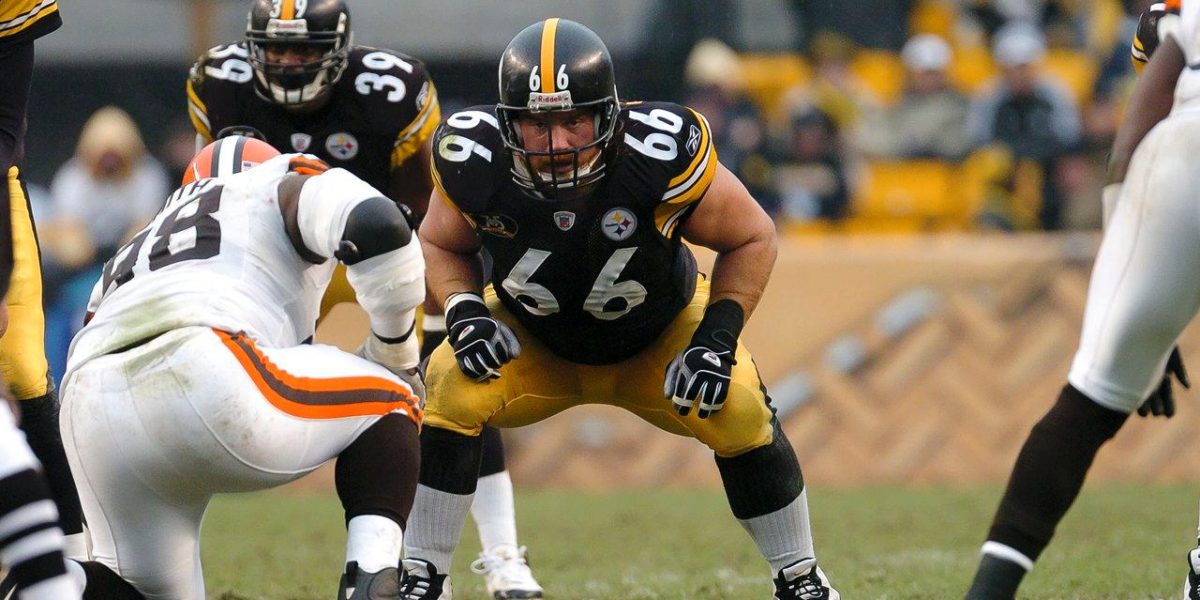 Is this Alan Faneca’s year to be named to the Pro Football Hall of Fame?

On the night before the Super Bowl, the 2019 Pro Football Hall of Fame class will be announced. After falling short in previous seasons, will former Pittsburgh Steelers guard Alan Faneca make the cut, and be enshrined to NFL immortality?

Faneca is most certainly deserving of a bust in Canton, as are all of the finalists on the list. In fact, it’s those finalists that voters must be convinced of which Faneca is more deserving.

As with any list of football greats, it’s hard to discredit anyone from making this list. However,  a minimum, four players must be selected, with a maximum of eight being picked to wear the gold jackets in August.

Among those 15 names are 3 linemen other than Faneca: Jaguars tackle Tony Boselli, Jets center and guard Kevin Mawae, and Seahawks/Vikings guard Steve Hutchinson.

While all deserving of being Hall of Fame finalists, it’s Faneca who stands head and shoulders above his peers. His 9 Pro-Bowl selections are the most of this group. His 8 All-Pro selections (7 first-team) are 1 less than Mawae (in both categories). He has a Super Bowl ring (the others never won one) and was named not once, but twice, NFL Alumni Offensive Lineman of the Year (2004, 2008).

In addition, Faneca was also named to the NFL 2000s All-Decade Team, and the Steelers 75th Anniversary Team.

During his first 10 years in the league he played with the Steelers, before rounding out his final three years with the Jets (2008, 2009) and Cardinals (2010). While in Pittsburgh, Faneca paved the way for Hall of Fame running back Jerome Bettis, Willie Parker (who has a Super Bowl record-holding longest run) as well as long forgotten names such as Amos Zereoue and Najeh Davenport.

Considering his achievements, the only thing that could hold him out another year is if no lineman is selected at all… which could certainly happen: no linemen were inducted in 2017. Packers great Jerry Kramer was inducted as a senior member in 2018, meaning no modern-era offensive lineman has been inducted in two years.

Furthermore, Redskins great Joe Jacoby failed to make the finalists list this year after getting this close previously.

That’s a shame, as the honor is long overdue for all of the players on this list. Mawae was great for the Jets and Boselli was the face of a new franchise with then expansion team Jacksonville. Hutchinson was great not only with one team, but two.

Faneca’s best days were obviously with Pittsburgh but he also had Pro Bowl caliber years with the Jets.

So will a lineman be chosen this year and if so, will it be Alan Faneca? I believe the committee has to finally draw the straw of one of these linemen, and for Faneca to continually be a finalist since becoming eligible for induction, his time is coming.

I know that offfensive linemen are never “sexy” picks: whether it’s entering the league and getting chosen for the Hall of Fame, there are no gaudy stats to point to in order to support their success. That’s a shame too, because Faneca had in fact been a dominant player during his career. He paved the way for Ben Roethlisberger‘s early start, and Jerome Bettis’ classic end, to their careers: a true benchmark of his greatness, aside from the various accolades he acquired throughout the years.

Seeing how long many greats wait out for their names to be added to the immortal halls of Canton, Ohio, we could expect Faneca to possibly wait a little while longer. However long that wait might be, I think we can all agree that Faneca will eventually make it in.