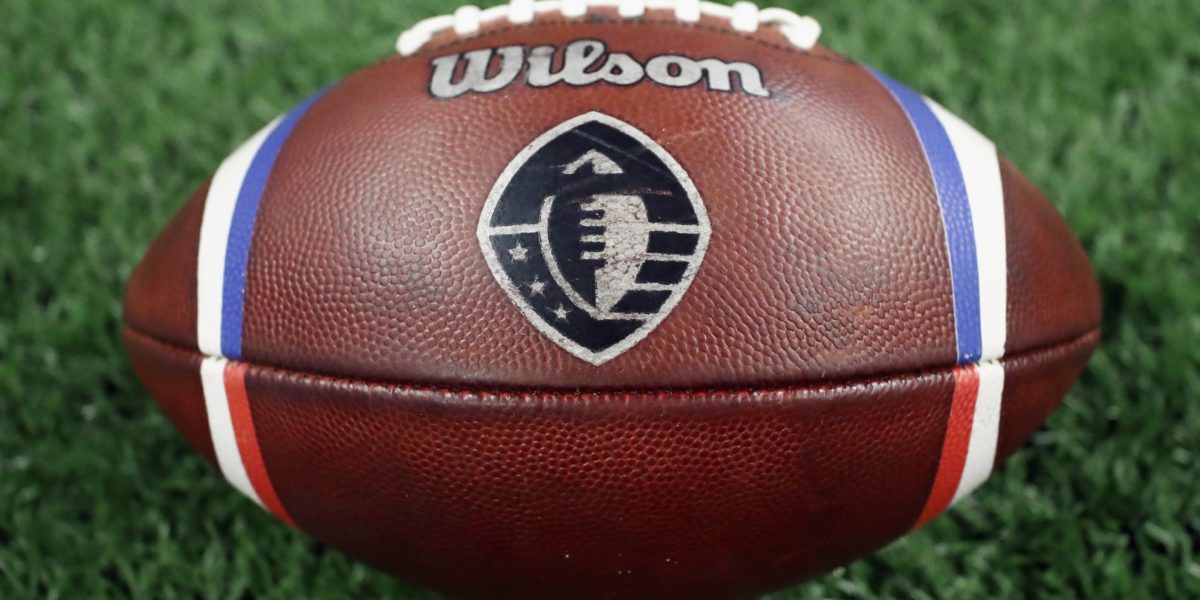 Football is back! Sort of.

With the Super Bowl completed, the NFL season has come and gone but professional football will carry on through 2019 as the Alliance of American Football begins this upcoming weekend.

The upstart league is viewed as both a compliment to the NFL and a “last chance” of sorts for veteran players looking to continue their playing days. Eight teams scattered throughout the United States will play on Saturdays and Sundays with games aired on CBS, CBS Sports, TNT, and what may surprise some, even the NFL Network is involved.

But that’s not the only way fans can follow the action. According to the official AAF website:

Led by some of the most respected football minds in the game, The Alliance of American Football is high-quality professional football fueled by a dynamic Alliance between players, fans and the game. Fans will be able to stream Alliance matchups live via the free Alliance app while accessing integrated fantasy options with real rewards — for themselves and the players they are cheering on.

The statement continues, explaining how the players and executives plan for long-term success with this new venture:

Players will have state-of-the-art protection on the field and ample opportunities off it. The Alliance will provide players a comprehensive bonus system, post-football career planning as well as counseling and scholarship support for postsecondary education.

Founded by TV and film producer Charlie Ebersol and Hall of Famer Bill Polian, The Alliance features eight teams, under a single entity structure, playing a 12-week season kicking-off February 9, 2019 on CBS and culminating with the championship game the weekend of April 26-28, 2019.

With games running between the end of the Super Bowl and right up until the NFL Draft, why should football fans care?

If you’re a Steelers fan who gets giddy for any piece of information coming out of offseason workouts up and through training camp, then the AAF may give you a few people to cheer for. For example, former Steelers wide receiver and Super Bowl XL MVP Hines Ward works in the Alliance’s front office as it’s Head of Football Development. Ward is joined by another famous Steeler, safety Troy Polamalu, works as the league’s Head of Player Relations.

Another former Steeler, Michael Vick, was set to take the reigns of the San Antonio Commanders as their offensive coordinator. News broke late yesterday evening that Vick is still involved, however, he will not be calling plays.

Michael Vick is out as Offensive Coordinator for new Atlanta Legends football team – will be active and consult and support team, but he’s not calling plays.

While I sense eye-rolling as to what constitutes “former Steelers”, this is a second chance for several players who had a stop in the Steel City and moved on for one reason or another. Now those players have an opportunity to standout on a new stage, and perhaps get another shot at playing in the NFL. Don’t forget, former Steelers quarterback Tommy Maddox was the MVP of the defunct XFL, winning the aware in the minor league’s only season of exitance.

Could a future Steelers standout in 2019 come from one of the AAF’s eight rosters? That would be difficult to predict: instead, let’s take a look at some of the players competing in this new football league who previously donned a black and gold uniform at some point during their career.

Starting on the offensive side of the ball, keen fans may remember Dustin Vaughan in a Steelers uniform during the 2016 preseason when veteran Bruce Gradkowski was injured in a return bid. Seldom did the Steelers play their fourth quarterback, even in exhibition games, however Vaughan was pressed into action due to a lack of healthy passers capable of suiting up in the preseason.

Another quarterback who was on the Steelers roster, but never took a snap in the preseason or otherwise, is Zach Mettenberger, who is with the Memphis Express.

In the backfield, Steelers Nation may recall the name Terrell Watson, better known by his nickname “The Nightmare”. A bowling ball-like back, Waston was bestowed his nickname due to resembling former Chiefs great, the “Nigerian Nightmare” Christian Okoye.

Running backs David Cobb and Trey Williams also spent time with the Steelers either in the offseason or on the practice squad.

WR Demarcus Ayers was a seventh-round draft pick by the Steelers in 2016. He would appear in two games as a rookie, catching six passes for 53 yards. He may be best known for a touchdown catch in the final game of the regular season that year or for drawing a key pass interference call against the Baltimore Ravens on Christmas Day of that year. Another reception on the game’s final drive in that game led to Antonio Brown’s “Immaculate Extension” which won the game.

A trio of tight ends including Scott Orndoff, Cameron Clear, and Weslye Saunders will also play in the AAF. Saunders is known for his unconventional “Why Not Wes” campaign: the former Steeler would show up a different team facilities throughout the league, lobbying for a tryout. (We got the scoop on the story directly from Wes in this 2017 interview.)

Other notable players include DL Johnny Maxey, who made the active roster prior to the 2016 postseason and Steelers 2018 seventh round pick Josh Frazier. Another mid-round pick, LB Travis Feeney, as well as special teams standout Terence Garvin (famously known for breaking Bengals punter Kevin Huber’s jaw) will take a stab at standing out on Saturdays and Sundays on through the spring.

The final player of note is former Steelers punter Brad Wing, who left the team after Pittsburgh traded him to the New York Giants.