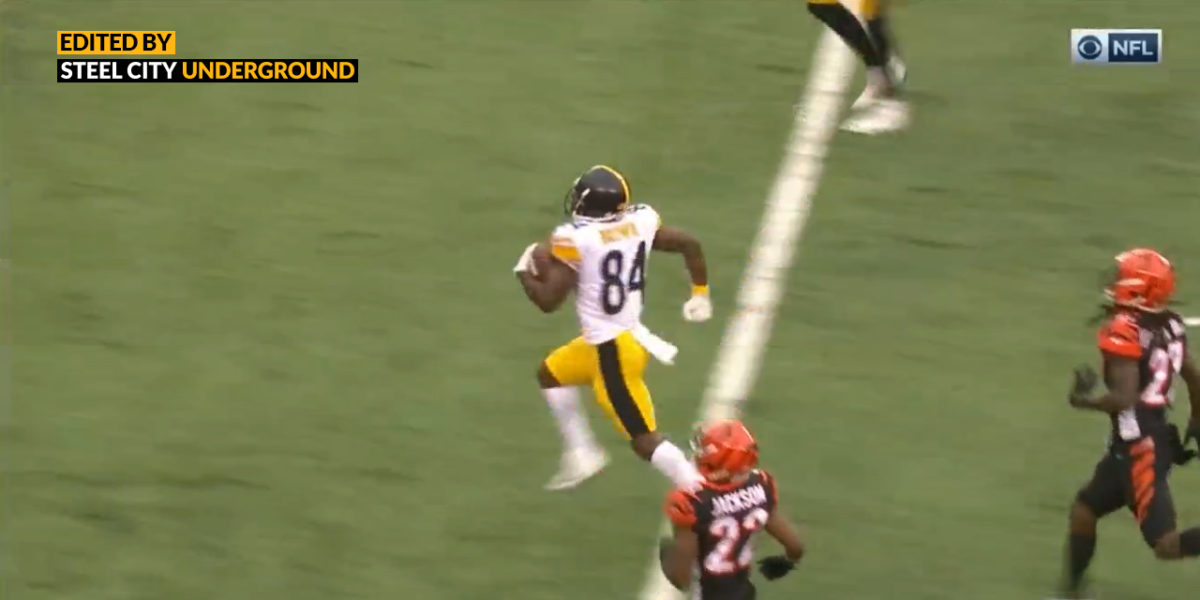 Who exactly are the Pittsburgh Steelers?

That’s what fans were pondering as Pittsburgh drilled the Atlanta Falcons in Week 5 with a 41-17 result. Heading into Week 6 with a 2-2-1 record, the Steelers fended off the Bucs, tied the Browns, and got embarrassed by the Chiefs and Ravens.

So, who were the Steelers?

At this point in time, a .500 team struggling to win in Cincinnati… per the usual.

Pittsburgh’s AFC North foe was once again giving them fits, as the score went back-and-forth, with the home Bengals team rallying to a 21-20 lead with 1:18 remaining in the game. But, per the usual, the Bengals would blow it again, this time by relinquishing their lead by allowing the Steelers to drive 77 yards, capped off by this touchdown pass from Ben Roethlisberger to Antonio Brown with only 15 seconds left on the game clock.

AB shows again why he’s one of the best in the game by taking a quick slant 31 yards to the house: a walk-off touchdown, if you will, as the Steelers successfully converted on a two-point try after to go up seven points and close out the game with a 28-21 victory.

It would be Pittsburgh’s second-straight win as they headed into the bye week. Those wins would start to stack as the month of October continued after their break, showing how little the margin of victory can be sometimes and win a team is “on”, they’re on!