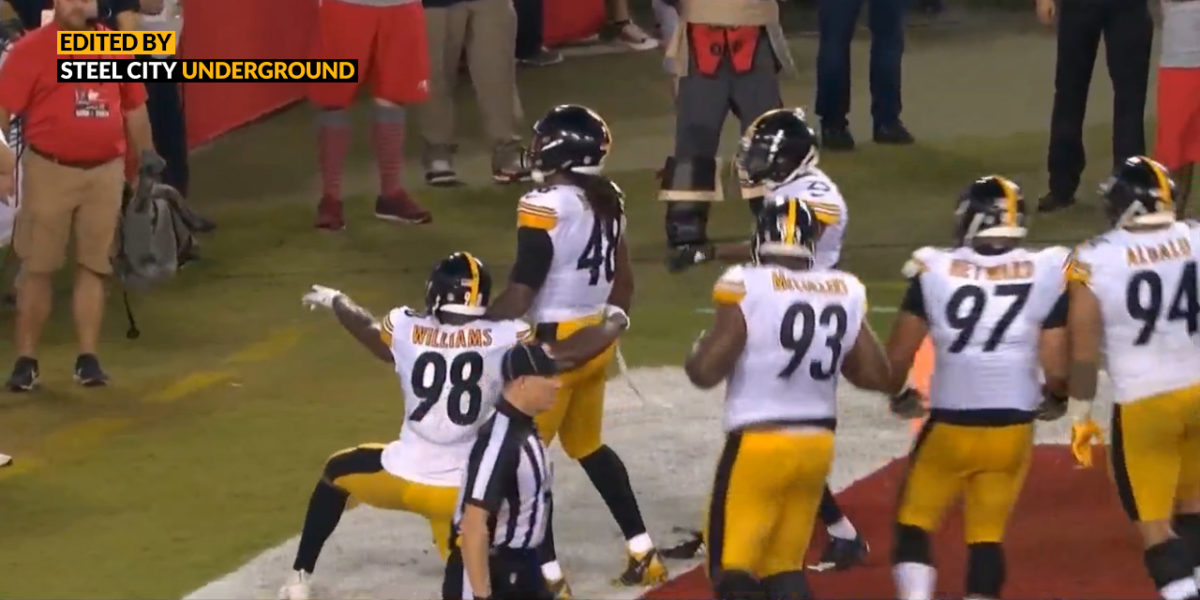 In the third week of the 2018 NFL regular season, the Pittsburgh Steelers had yet to find their identity when they faced the Tampa Bay Buccaneers. A heads-up play by Bud Dupree gave the Steelers a 30-0 lead as the two teams headed into the locker room at halftime.

In the second quarter, Jordan Berry nailed a precision punt that pinned the Bucs deep in their own territory, forcing Fitzpatrick to take the first snap of the series at Tampa’s own two-yard line. After Jacquizz Rodgers was stopped for no gain by Tyson Alualu, Fitzpatrick dropped back to pass on second down, but big defensive tackle Daniel McCullers pushed the pile and Bucs center Ryan Jensen right at the point of the play. Again, Rodgers was the target, but Fitzpatrick’s poor pass under pressure ended up in the Steelers’ possession.

Dupree, handling his upfield responsibilities, turned as the ball was practically gift-wrapped for him. After grabbing the errant pass, Dupree returned the interception for a ten-yard defensive touchdown.

Had Fitzpatrick not gotten rid of the ball, McCullers would likely have forced a safety. Instead, Dupree’s pick-six gave the Steelers one of just two defensive touchdowns during the entire 2018 regular season. The Steelers would hang on for the win, 30-27. The defense would improve as the season progressed, giving Pittsburgh a jump start in confidence that they appeared to lack in the opening quarter of regular season play.