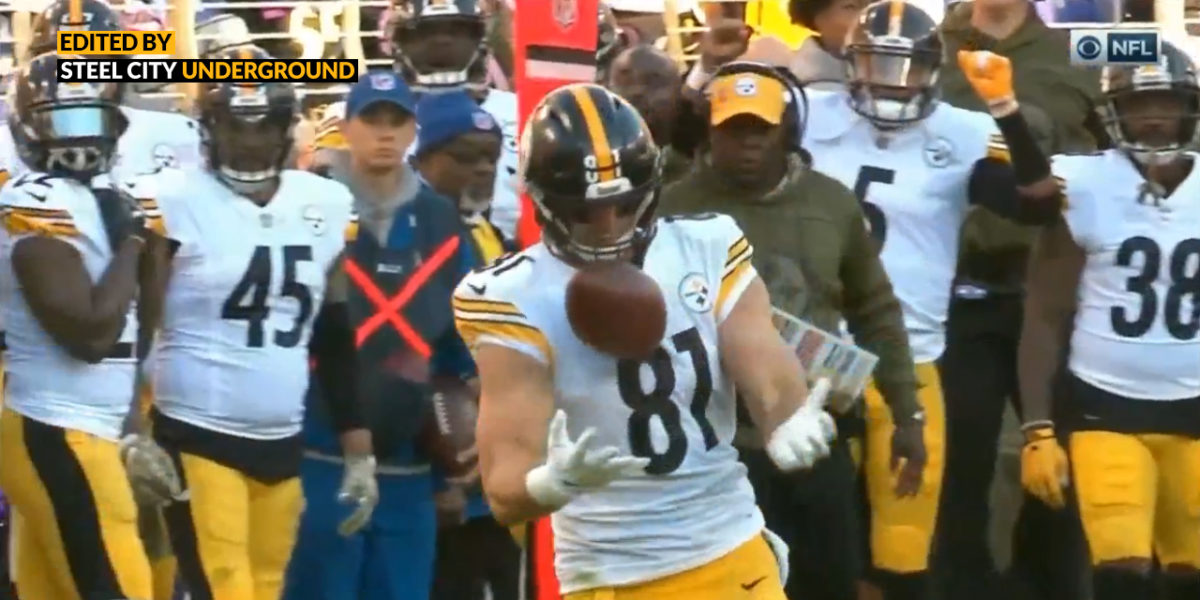 If there are any doubts that Ben Roethlisberger is as tough as NFL quarterbacks come, the 2018 season gave us plenty of opportunities to put those doubts to rest.

Roethlisberger and the Steelers offense were backed up at their own 15-yard line after they drew a penalty on the Baltimore Ravens punt, following a three-and-out by Pittsburgh’s defense. Roethlisberger took the snap and was immediately under pressure. Looking for the first-down marker, Roethlisberger took off on foot for the sideline and was tackled by Za’Darius Smith with their combined weight slamming Big Ben’s throwing shoulder into the turf.

Steelers Nation went silent. “Not again!” is all we could think in our heads!

Roethlisberger was in obvious pain as an injury timeout was called. The training staff helped him up and sent backup quarterback Joshua Dobbs into the game for one spectacular play.

The Dobbs toss to JuJu Smith-Schuster moved the chains and allowed Roethlisberger to get the air back in his lungs. Without skipping much of a beat, Roethlisberger came into the game on the very next play and went right back to work.

Roethlisberger took the snap from the shotgun position and found tight end Jesse James open in as the “Outlaw” made a double move on Ravens CB Brandon Carr… with an assist given to one of Big Ben’s famous pump-fakes.

The big tight end bobbled the catch initially but was able to haul it in for a 55-yard gain. It was James’ career-longest catch-and-run and the longest play from scrimmage that the Ravens – the NFL’s No. 1 defense heading into Week 9 – have allowed all season!

The Steelers were unable to turn the 11-play, 74-yard drive into six points, but added three points to their total score with a successful Chris Boswell field goal of 29-yards. The Steelers took the 23-13 lead with just over eight minutes left in the fourth quarter and held on for a 23-16 win over their AFC North rivals.

Unfortunately, fans won’t get to see if Jesse James can top this mark as a Steeler. A free agent this offseason, James signed with the Detroit Lions. Best of luck to Jesse in his future endeavors.