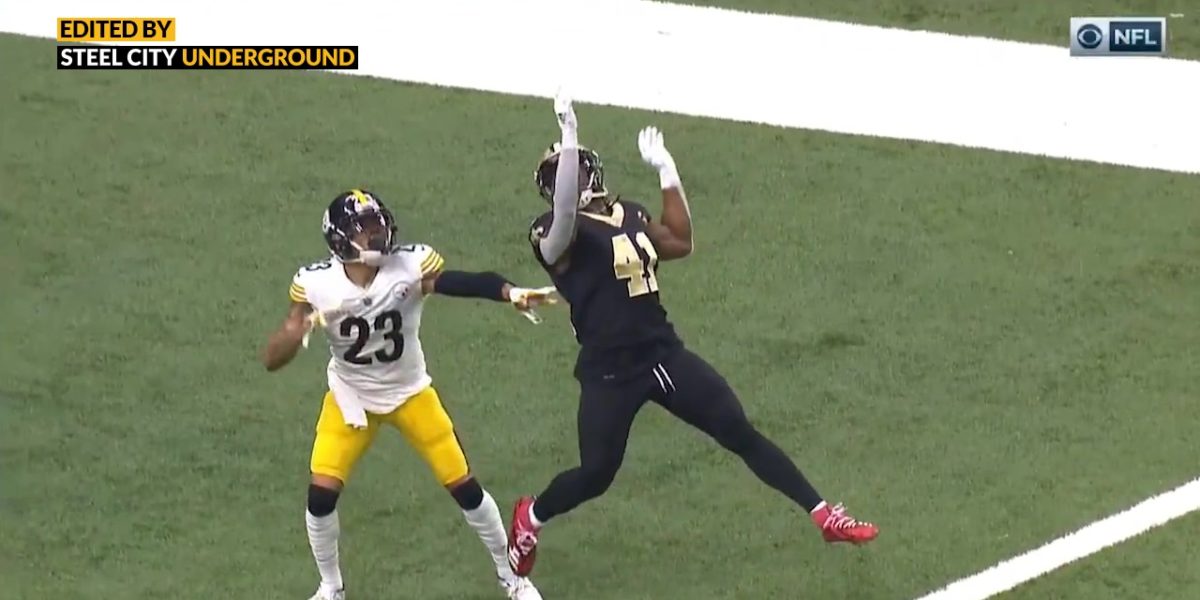 In light of the recent NFL rule changes in regard to pass interference calls (and non-calls) being reviewable, New Orleans Saints head coach Sean Payton was the most vocal proponent of the change, citing not only a blown call which cost his team in the NFC Championship Game, but also making mention of a flag which likely cost the Pittsburgh Steelers their entire 2018 season.

I’ve been called a no less than a homer by some traditionalists who say “play the game” but just one look at this play by anyone with a brain, will tell you something is fishy.

It was the first quarter of a highly anticipated matchup between the NFC’s top-ranked Saints and a flailing Pittsburgh Steelers struggling to stack wins heading into the December postseason stretch. Still, with the Steelers fighting for their playoff lives, they weren’t out of the picture whatsoever and were in prime position to take the AFC North division title with a win over the Saints.

With the way Pittsburgh had played in previous losses to the Broncos and Raiders, a win didn’t look likely against the surging Saints, but it wasn’t out of reach. Sean Davis intercepted Saints QB Drew Brees early in the first quarter and the Steelers offense wasn’t abysmal, but was held to three points.

With that 3-0 lead the Steelers defense was poised to give their offense the ball again, holding the Saints on third down around midfield. The Saints were aggressive and decided to go for it on 4th-and-1. The Steelers defense flushed the future Hall of Fame passer out of the pocket as he released a pass down the field which sailed over the head of his intended target, Alvin Kamara, as well as over the leaping arms of Steelers CB Joe Haden.

That’s when things took a turn for the worse.

The “phantom” call gave the Saints a new set of downs and the ball on the one-yard line, rather than turning it over to the Steelers offense (who would’ve had great starting field position).

This allowed Saints RB Mark Ingram to pound the ball in one play later for a touchdown. The subsequent PAT gave the Saints a 7-3 lead and they would lead the entire game up until 1:05 remaining, when the Steelers would score and go up 28-24.

However, that first penalty and resulting seven-point swing ended up costing the Steelers the game, as the Saints drove and scored, with a final tally of 31-28 in their favor. Had they not had the original PI penalty and Ingram walk-in TD, one could argue that the Saints would’ve instead lost by at least a margin of 28-24, or worse, giving the Steelers a much-needed win that would’ve propelled them into the playoffs.

Instead, Pittsburgh would unravel at the seems in the following weeks while watching the tournament from afar.