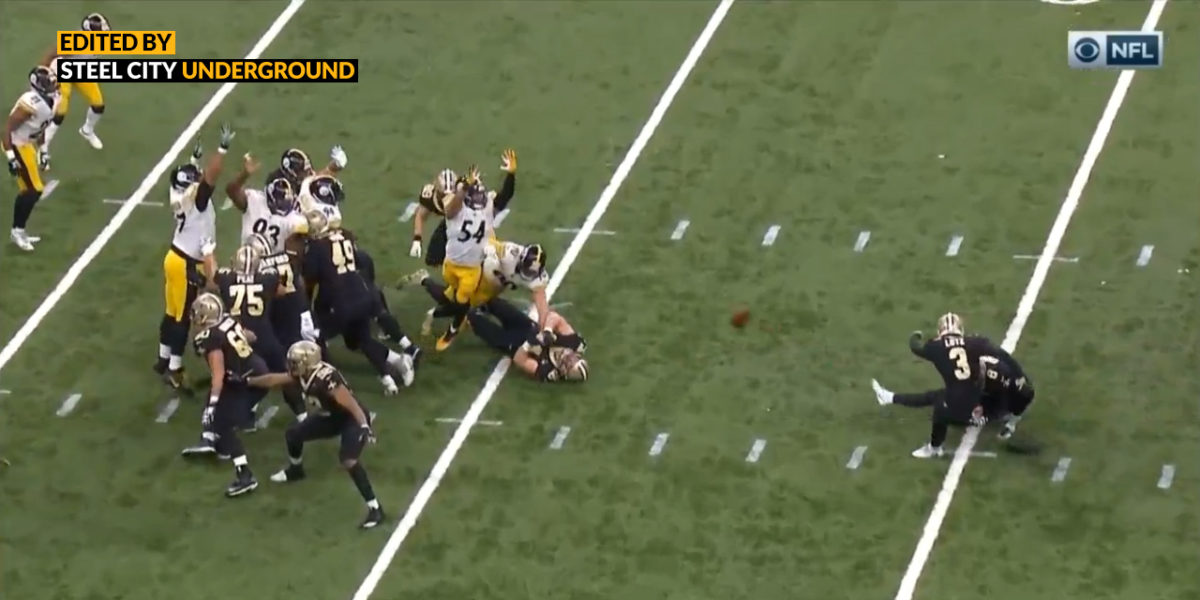 Following a costly fumble by Steelers running back Stevan Ridley, Pittsburgh’s defense had it’s back up against a wall to contain one of the NFL’s most dangerous offenses.

After do just that and keeping Drew Brees and company at bay, the Saints decided to attempt a long 5-yard field goal attempt with their accurate kicker Will Lutz. However, Steelers LB and special teams ace L.J. Fort had other plans.

Watch as Fort storms through his blocker to cleanly block Lutz’ attempt and keep the Steelers ahead 28-24.