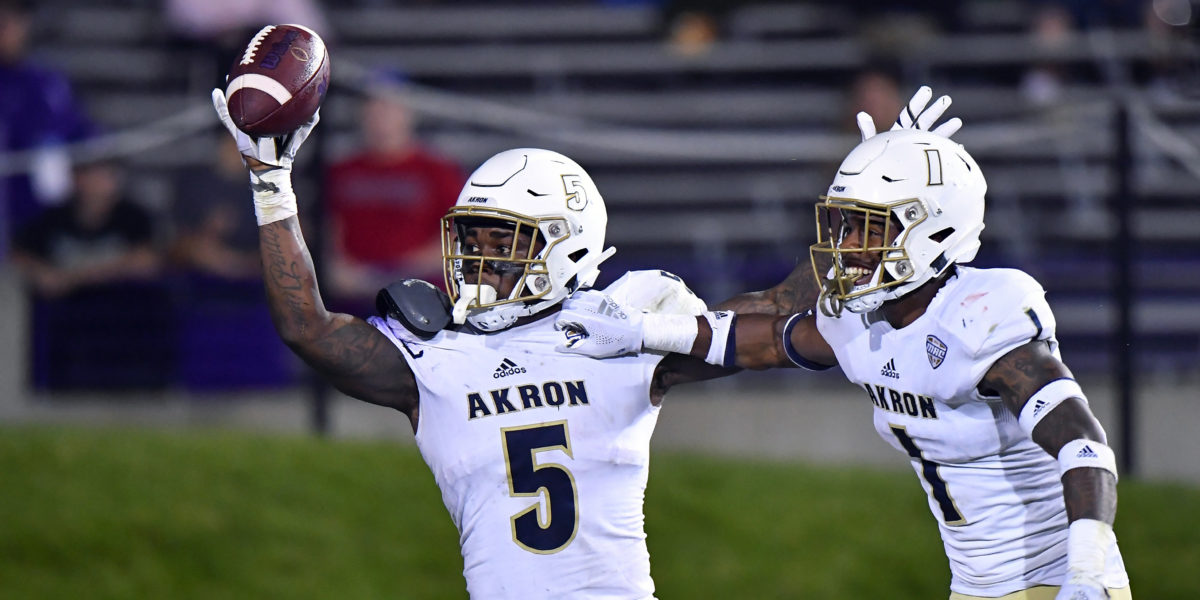 With three selections in the sixth round of the 2019 NFL Draft, it became clear that the Pittsburgh Steelers were building for depth. As hinted on the Steel City Underground podcast last night, Ulysees Gilbert was a guy that fit that mold. Gilbert was a sleeper, but an incredibly athletic linebacker and a big producer at Akron. He’ll add additional depth to a Steelers linebacker corps that looks formidable.

A bit undersized at 6-feet-0 and 228 pounds, Gilbert could be considered a hybrid linebacker/safety, but he excels in playing off the ball and dropping into coverage, something the Steelers need. With the changes in NFL offenses, Gilbert has the speed to play sideline-to-sideline and also be explosive shooting the gap.

Gilbert was one of the most productive players in Akron history. He played WILL linebacker his first two years and then moved to SAM as a senior. For his career, Gilbert recorded 357 tackles (28.5 for a loss), 8.5 sacks, three interceptions, five defensive touchdowns, and three forced fumbles. In 2018 alone, Gilbert logged 85 tackles (7.5 for a loss).

In a pre-draft interview, Gilbert told Zackary Hicks that the secrets to his high production were due to being able to be a good student of the game.

“I was able to take it further by just learning the game. Trying to understand the film room, prepare harder than anyone in the weight room, prepare hard in practice, stay around coaches, ask questions, and be hard on yourself but not too hard… I really love the game of football so when I play I’m always flying around…”

Gilbert plays very well in zone coverage but isn’t afraid to go one-on-one with running backs underneath. His ability to reroute receivers and take good angles to the ball elevated his play to a level much bigger than his size would indicate. The fact that Gilbert never missed a game while at Akron indicates he’s not only durable but has the starting experience the Steelers will count on at the next level.

That the Steelers are building on the defensive side of the ball should help detractors who’ve been unhappy with defensive performance over the past two seasons despite the winning records Pittsburgh has put into the books.

And what kind of guy does Gilbert say he is? “I’m always going to give my all,” he said ahead of the draft. “I always show up to work happy, I always give it my all each and every time.”