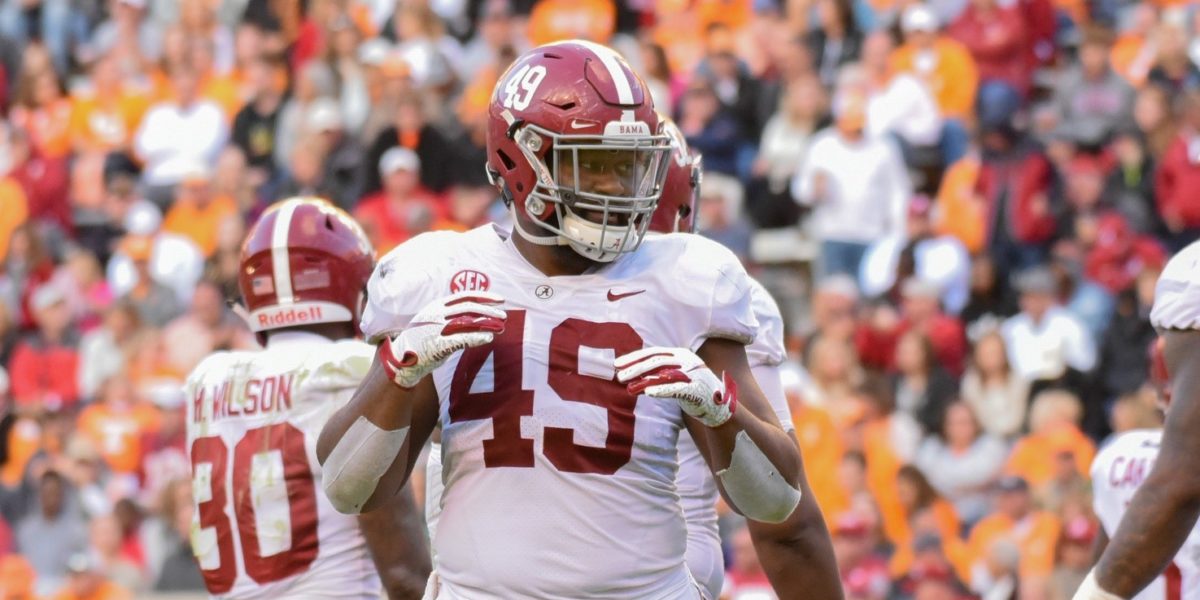 While not a priority, the defensive line definitely has a job opening which may have been filled by the Steelers most recent sixth round selection, Alabama DT Isaiah Buggs.

Buggs brings a huge value pick to the Steelers who did not bring back another former sixth round pick, L.T. Walton, whose contract expired this offseason. Buggs figures to fill that hole and Pittsburgh had the input of defensive line coach Karl Dunbar, who is now heading into his second season with the Steelers.

Before 2018? Dunbar held the same position at Buggs’ alma mater, Alabama. I have little doubt that once again, the Steeler coach had some input on this pick having intimate knowledge of the Alabama factory of defensive linemen.

Buggs is another player who looks like he fell in the draft. Projected as a 4th or 5th round selection, he comes to the Steelers in the sixth with a comparison of his now new teammate, Tyson Alualu.

The large 6’3” 306 lbs. defensive tackle is actually quite versatile: think of Javon Hargrave and you may have a better comparison of how Buggs could fit in the Steelers scheme. That’s why he may have dropped so far in the draft, because he’s not an ideal fit for the ideal DT: but for Pittsburgh, Buggs may not have to line up in the “A” gap between the center and guard, and could be shifted around just like the “Gravedigger”.

And let’s not forget that that versatility is vital in keeping the guys upfront fresh.

If Buggs progresses, he will add depth that the Steelers may need in future seasons. Hargrave enters a contract year while Alualu was signed to a two-year deal this offseason. Buggs gives them a potential four-year player on a cheaper contract. While he may never be a full-time contributor with Cameron Heyward and Stephon Tuitt in the ranks, if Buggs can at least contribute on special teams, and add 20-25% of quality snaps along the line in years one or two, he too could be an incredible value pick later in the draft.