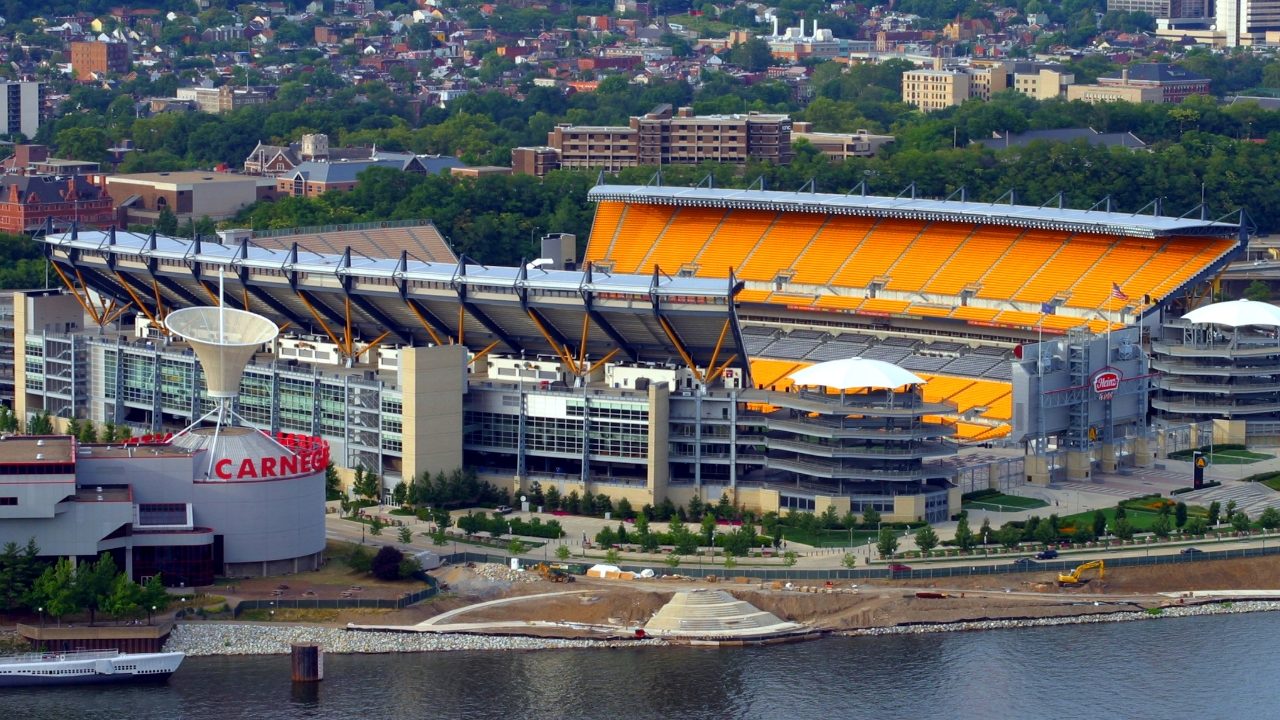 Situated in the North Shore neighborhood, Pittsburgh Steelers fans are well aware of what Heinz Field is – and what it has become; a symbol of the city’s history of producing the world’s best steel and professional football. The first Steelers game at the iconic stadium was hosted on October 7, 2001, and in our Steel City Underground backroom discussions this past week, the topic came up as to who some of the favorite players and team personnel since the 2001-02 season to current players were. So, on this Fan Friday, we thought we’d share the SCU Team picks and then turn it over to you, as fans, to see if there might be someone who you would have added to your list. Most of all, we wish you a “fan”-tastic beginning to just one more weekend before NFL football kicks off officially!

To keep things interesting, we kept our options relatively limited to five criteria. We could only select an individual from the following: one offensive player, one defensive player, one non-player (coach/organization personnel), one player that never made a Pro Bowl, and one individual not selected in any of the previous categories that have been with the Steelers during the Heinz Field era (including those currently with the team as of the date of this article).

Truthfully, this was more difficult than I imagined it would be – at least for me – because there have been some really outstanding players that could have landed on our SCU teams’ lists. Before I go forward, however, I think it’s fair to say that Ryan Shazier will always be on this ‘favorites’ list of Heinz Field-era players. #SHALIEVE

When it was all said and done, those who participated offered an amazing amount of variety and emotion in their lists. It’s interesting because a lot of thought went into why people picked who they did and there was very little overlap on the offensive side of the ball and some consistency on the defensive side of the ball, showing that as fans, those of us at SCU have our “favorites” we tend to hang onto as much as any other fan does.

Joe K: Despite what recent events, I was still tempted to put a certain “Mr. Big Checks” here, as if this list were compiled last year around this time, he would’ve been a no-brainer. That leaves me to my first love at Heinz Field, Ben Roethlisberger. I admittedly didn’t start attending live games until 2010 and my very first will never be forgotten: it was the game “Big Ben” returned from suspension, wearing the 75th-anniversary throwback jerseys against the Browns in a 28-10 route following an early Week 5 bye… that meant we had to wait one extra week to see Roethlisberger and the wait was well worth it. Ben has left me with so many great memories, such as his big passing games against the Colts and Ravens, and shootouts down to the wire against the Cowboys and Patriots. When its all said and done, he may be regarded as the franchise’s greatest QB of all time. He’s certainly my favorite on offense.

Brian R: I wanted this to be Jerome Bettis, but his “Heinz Field” career was short, and so I’m going with a guy who was a linebacker playing wide receiver, Hines Ward. I loved watching Ward block guys into next week more than I enjoyed watching him score touchdowns. And that smile. Always there and always huge.

Zach M: David DeCastro. As the offensive line guy that I am, no player has been as enjoyable to watch as DD. He possesses everything you could want from a lineman: power, grit, technique, leadership, and intelligence. He will always be 1 of my 2 favorite Steelers from this generation.

Christina R: Before DeCastro entered the scene, there was Alan Faneca. He had the nasty temperament I love along the offensive line. With nine Pro Bowls and a Super Bowl under his belt, one of the most surprising stats about Faneca was the 11 fumbles he recovered while being a tank up front. Sure, Faneca began his time with the Steelers before 2002, but he was still a presence until 2007 in Pittsburgh. I give a shout-out to JuJu Smith-Schuster for being my most-current guy-to-watch on offense and Heath Miller, who will always make me want to yell “Heeeeeeeath”.

Derek O: Willie Parker. I’m going to take an underdog approach with this list. Everybody loves Jerome Bettis, but man was Willie Parker fun to watch tote the rock

Noah F: Antwaan Randle El, IU grad! My first Super Bowl for the Steelers, the touchdown pass, and I got to meet him in person the year after they won the Super Bowl.

In a social media poll conducted this week, the following Steelers players on offense made the Top 10 in mentions (some players listed are no longer with the team, and this is not in any particular order): Heath Miller, Ben Roethlisberger, Ramon Foster, Jerome Bettis, Hines Ward, Willie Parker, Maurkice Pouncey, JuJu Smith-Schuster, Antonio Brown, Le’Veon Bell.

Joe K: Troy Polamalu. This guy had it all. He could hit hard, he could change games, he made the impossible look easy. He was quiet, kept to himself, acknowledged God… and that long flowing hair was unlike anything seen before in the NFL, dangling out of his helmet. Even his number, 43, isn’t one glamourized by any other player in my memory. Troy is truly one of the greatest of the greats and I feel so fortunate to have witnessed all of his years playing.

Brian R: Troy Polamalu. There are still a huge number of defensive players that I end up being in bromances with (yeah, one-sided I know). Troy is special though. Cam Heyward may be a “grown ass man”, but Troy was a GAM before I ever thought of calling someone a GAM. The way he could pick balls off the turf with his fingers, or pull them out of the air, or jump over offensive lines by guessing the snap count. We’ve never seen anything like it and probably never will again.

Zach M: Casey Hampton. Nose tackles never get the love they deserve but without them, your defense would look completely different. Hampton anchored the Steelers interior defensive line for years and was one of the best in the business when he was in his prime. If you haven’t noticed yet, linemen are where I’ll always give my love.

Christina R: Lawrence Timmons. Mixed in with Larry Foote, James Harrison, LaMarr Woodley, and James Farrior, Timmons could easily have been overlooked. Instead, he made a big impact, especially during his second season (grabbing a Matt Cassel/Patriots interception that went for 89 yards) and helping the Steelers get to & win Super Bowl XLIII. Timmons was an all-around linebacker that was a tackle and sack machine but was able to bat down balls and grab errant throws. His nerves causing him to throw up, sometimes on the field, just made the moments he showed a great personality that much better. Competitor. I’ll never stop loving Polamalu because there isn’t anyone quite like him or the way he influenced Steelers defense.

Derek O: Larry Foote – Foote was a blue-collar, hard-working player who was solid at all fundamentals and just couldn’t be displaced off the roster. A steady player that didn’t get enough recognition. Smart ball player also.

Noah F: James Farrior. Great guy, a hard worker, loved how he ran the defense, one of the first jersey’s I had.

In a social media poll conducted this week, the following Steelers players on defense made the Top 10 in mentions (some players listed are no longer with the team, and this is not in any particular order): James Harrison, Troy Polamalu, Ike Taylor, Cam Heyward, Brett Keisel, T.J. Watt, Lawrence Timmons, William Gay, James Farrior, Ryan Shazier.

If you are looking to bet on the Steelers this year check out BetQL for the most updated NFL lines.

So fans, who do you have on your lists? Comment below or let us know by leaving us a message via the SCU Hotline voicemail or text at (203)900-4SCU