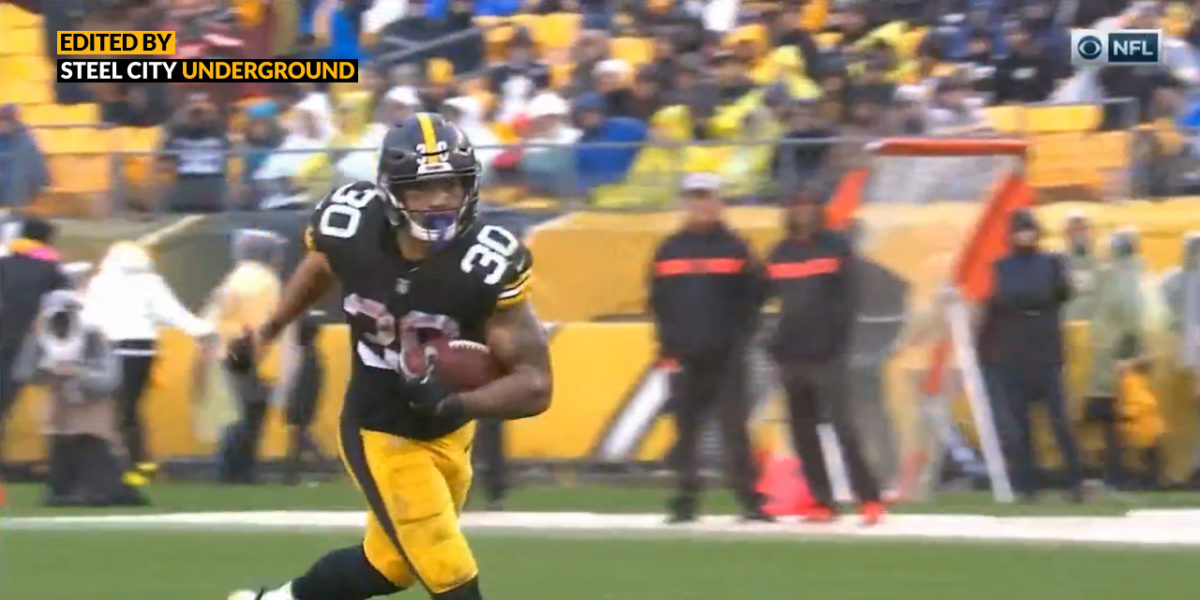 This may effectively be known as the play that got Hue Jackson fired.

The Cleveland Browns looked to have new life under rookie quarterback Baker Mayfield heading into a rematch of their Week 1 overtime tie. However, the Steelers had different plans, wanting to prove that they were the better team this time around.

And prove it they would.

Behind James Conner’s monster 146-yard, two-touchdown game, the Steelers piled on the points. Conner’s second touchdown of the game would arrive with 2:04 remaining the game, as the second-year running back coasted into the endzone and into the record books.

Not Franco Harris. Not Rocky Bleier. Nor Jerome Bettis, Fast Willie Parker, or Le’Veon Bell would achieve the same accolade in Steelers history: only James Conner has rushed for two touchdowns in three consecutive games!

To add injury to insult within the same game, this play punctuated a 10-play 65-yard drive on the Steelers final offensive possession, where all ten plays were runs!

Unable to stop Conner, the Steelers brought him back in to capitalize with this record-setting 22-yard touchdown, making him the first and only Steeler to rush for two touchdowns in three consecutive games.

The following morning, Hue Jackson was relieved of his duties as the head coach of the Cleveland Browns.