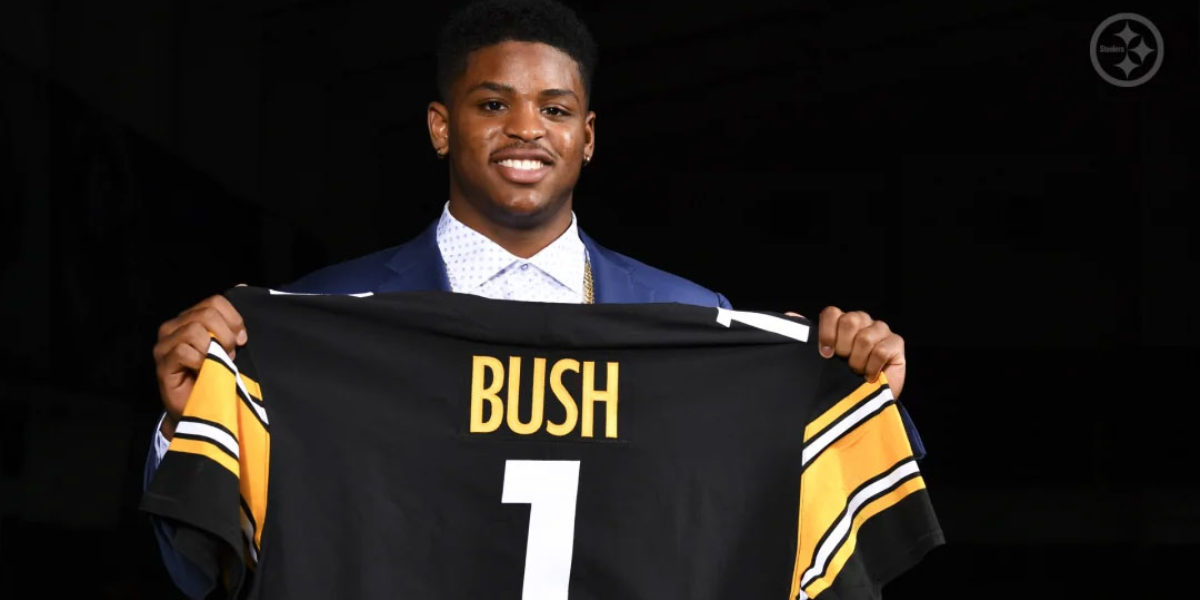 With training camp right around the corner, I thought it would be a good time to choose my five Steelers everyone should have their eyes on when camp begins.

Granted, these may not be the same five to watch in a week or two, but I do believe a lot of eyes should be focused on these specific players when the Steelers reconvene at Saint Vincent’s College in Latrobe, Pennsylvania on July 25th.

Who better to look for than the Steelers top overall pick, one who they moved up ten spots to make sure they snagged?

Bush appears to be a complete inside linebacker package: something the Steelers have lacked next to veteran starter Vince Williams since Ryan Shazier’s unfortunate injury.

Solidifying this spot on the defense will go a long way toward helping to protect against the run and pass, as well as bolster Pittsburgh’s pass rush.

If Bush is the real deal, and all indications are that he should be, the Steelers defense could return to their full, former glory in 2019.

Another piece of the defensive puzzle is under-the-radar (at least in terms of notoriety) free agent signing Steven Nelson.

Nelson’s contract pays him like a higher tier cornerback and that’s what the Steelers are in need of after failing to find the right fit opposite veteran Joe Haden.

If Nelson can play up to being a CB1 or CB2 level, lookout: Pittsburgh could quietly field one of the better secondaries in the league.

Technically two choices, Moncrief and Johnson constitute some polar opposites in how I believe the Steelers offense will replace Antonio Brown. While all eyes could be on second-year receiver James Washington, we have a good feeling of what his camp could look like (dominating, just like last season) whereas we have no idea how Moncrief or Johnson could gel with Ben Roethlisberger.

If Moncrief ends up being the fast, somewhat taller target for Big Ben, the Steelers may gain an advantage where they didn’t have one size-wise last season.

As for Johnson, the rookie could be firmly entrenched behind a logjam of talented receivers. He looks like an AB clone in his college film and if that translates to the pro game, his snaps could steadily increase and we could see the rookie on the field sooner than later.

Definitely monitor both of these receivers’ progress, as there are only so many snaps and so many targets to go around.

There’s a lot of hype surrounding the bruising running back known as Benny Snell. Where he fits into the Steelers schemes, especially with two established backs ahead of him on the depth chart, as well as being a rookie, are the main reasons to keep an eye on him during camp.

If Snell starts to turn heads, and gets some reps against the first team defense… and is successful against them, we could see a paradigm shift in the team’s “bell cow” running back philosophy over to a league-wide popular committee approach.

The former Pro Bowl kicker struggled in 2018 and if not for a shiny new contract, may have not been brought back to camp.

It was an adjustment to bonuses structured in that deal which allowed Boswell a reprieve: he agreed to receive any roster bonuses at the end of the preseason.

If he struggles in camp, there’s every indication he may not make the final 53-man roster for 2019. If he’s back to being the “wizard”, then it’s business as usual and the Steelers have their guy.