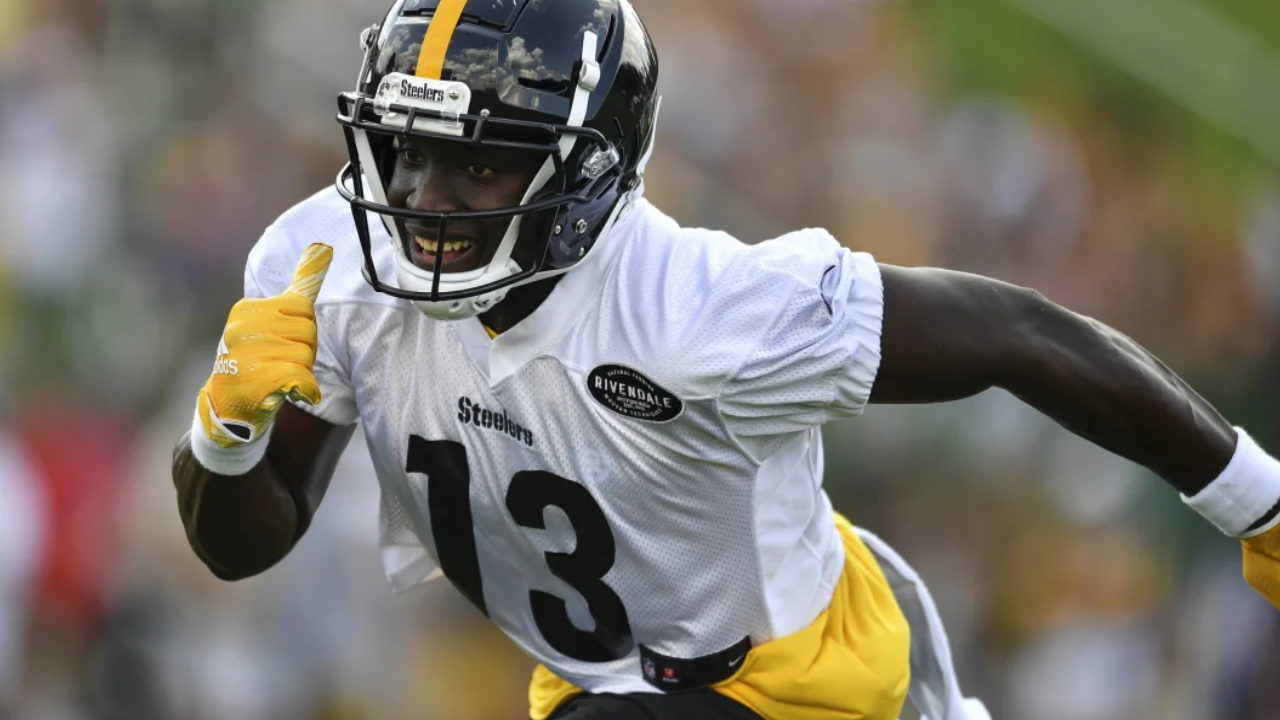 Players who stood out early during Steelers Camp

Three days of the Pittsburgh Steelers training camp at Saint Vincent College in Latrobe are now under the team’s belt. With a few days of practice behind us, I wanted to share some observations I made during those sessions and which players stood out from my point of view.

If anyone made a case for their inclusion on the 53-man roster during this early part of camp it’s Allen, who came in and came in with the second team opposite Artie Burns as the right cornerback.

Allen picked off Josh Dobbs in seven shots drills, jumping what looked like a quick out that wasn’t Dobbs’ first option. He then nearly had another interception which just fell short of his fingertips deep in coverage.

A few more pass breakups and otherwise not looking like a liability, the now veteran player who was considered a project has developed beyond that among his peers… so far.

I’ve been hesitant to hype up Snell too much, giving thought to how the Steelers have stuck with a single back through most of the last decade. However, Snell was seen getting some first-team reps (as has Jaylen Samuels) and he hits the hole fast and hard.

I’d dare say he reminds me of James Conner as a rookie at camp, but he may look more polished at this early point.

Worth every penny paid in free agency via what I saw. Nelson looked like a wet blanket in coverage, draped over everyone.

Sure, JuJu Smith-Schuster beat him, but JuJu has been beating everyone: Joe Haden, Mike Hilton, etc.

What hasn’t been reported is Nelson locking JuJu or Donte Moncrief at times. The Steelers may finally have their missing piece in the secondary this season.

If anyone looks like a perfect fit in the Steelers system it’s Moncrief, who was immediately put to work by Ben Roethlisberger in several drills. Moncrief worked exclusively on the outside, and caught deep passes, underneath routes, as well as a back-shoulder fade in the corner of the endzone.

You would think he was here all along…

Washington is showing the same practice mentality he had last year, except he looks even better.

Last year’s second-round pick soars through the air to grab passes with his massive hands: and it’s a thing of beauty.

His route running also looks solid and you can tell he’s fresh and conditioned to make a mark this season.

For anyone wondering who would replace Jesse James, look no further.

Gentry looks like he belongs already. He’s a big guy who is fairly agile for his size. He showed an ability to get downfield and possibly have yards-after-the-catch that James wasn’t capable of.

He’s one to watch as this preseason as he competes for playing time with veteran Xavier Grimble.

#Steelers tight ends getting in work on the jugs machine during #SteelersCamp courtesy of (@DKPghSports) pic.twitter.com/ankj3kCD5Y

I’d be remiss to mention Smith-Schuster.

Everyone already knows the situation: JuJu enters camp as the Steelers WR1. But for those unable to witness these early practice sessions with their own eyes, JuJu has jumped from potential WR1 to guaranteed WR1, looking like a star who can get open in any coverage and catching everything his way.

He has made a leap and a half from where we previously saw him: it’s evident he knows what the expectations are and has answered the challenge by coming into camp incredibly prepared to handle it.

JuJu is a cheat code pic.twitter.com/f0TljCZn6J