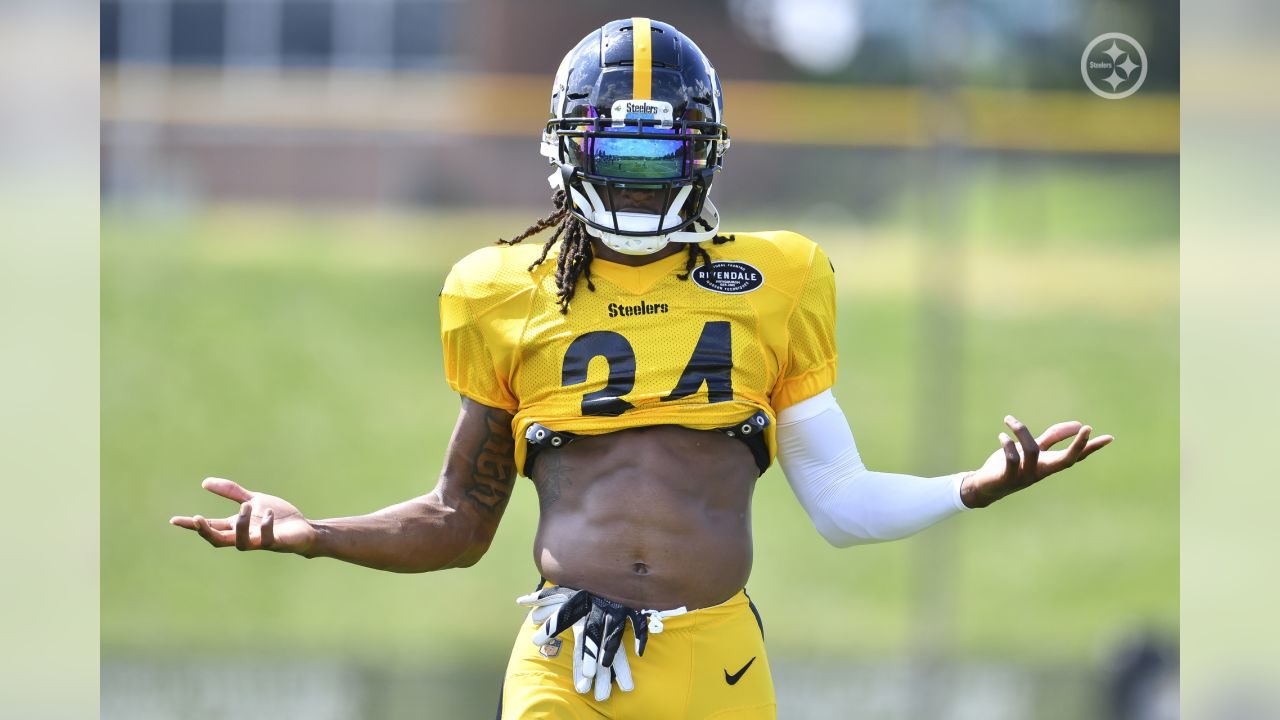 Is Terrell Edmunds ready to take leap in his second season with the Steelers?

A year ago, a young, 21-year-old safety out of Virginia Tech by the name of Terrell Edmunds was drafted in the first round, 28th overall by the Pittsburgh Steelers.

Many thought Edmunds was a second-round talent, going too early in the draft. Others thought he may be the next version of Troy Polamalu, something the Steelers have needed since before Polamalu retired at the end of the 2014 season.

No matter which side of the fence you fell on, there was never denying the fact that Edmunds comes from a successful football family and was going to be a solid contributor either way.

His father, Ferrell Edmunds played seven NFL seasons with the Miami Dolphins and Seattle Seahawks, making two pro bowls as a tight end during that time. His brother Tremaine Edmunds played alongside Terrell at Virginia Tech and was also a first-round pick, of the Buffalo Bills and his older brother Trey Edmunds was signed to the Steelers last season as an unrestricted free agent.

Edmunds launched his rookie campaign with 15 starts, 78 total tackles, an interception, a sack, and a fumble recovery to go along with four passes defensed.

Were fans, the Steelers and Edmunds expecting more? Possibly. Yet, for comparison’s sake, Polamalu had a rookie campaign that didn’t see him log a single start, only post 38 tackles, two sacks, no picks, no fumbles recovered and four passes defensed.

On paper, Edmunds is off to a better start. Am I comparing Edmunds to the all-time legend, the future Hall of Famer, Polamalu? Absolutely not! That’s not fair to anyone.

What I am saying is Edmunds had a great start and like Polamalu, will build off that in year two. Edmunds is ready to take the leap from rookie to second-year player. It’s a pivotal year for both Edmunds and the Steelers organization.

Now it’s time to make more positives than negatives (plays). That’s the whole mindset, come out and get better every day. Just keep on working.

While the team still has Super Bowl aspirations, with Ben Roethlisberger still leading the way, the defense needs to step up this season. Edmunds can be a guy who leads that charge.

He’s athletic, quick and smart. He played at a high level at Virginia Tech and he brought that to the Steelers last season. We haven’t seen the best of Edmunds; we’ve only seen the beginning.

Edmunds will make a huge difference to a secondary that desperately needs it. With another year of experience for Sean Davis, the signing of Steven Nelson, the leadership of Joe Haden and the drafting of Justin Layne, the Steelers secondary should be significantly better than it has been in the recent past. Yet if Edmunds fails to take the next step, or even takes a step back, the entire secondary could suffer.

There’s a lot riding on his shoulders but that’s not new for Edmunds I’m sure. When you grow up in a successful football family, play at high-level D1 school for college and get drafted in the first round and your brother does too, you always have something to prove, and Edmunds will continue to do just that in his second season.

He’ll help a much-improved Steeler defense do that too.

We want to be the best defense. That’s how we feel, so we got to keep on working like we are.

My predicted stat line for Edmunds this season: 88 tackles, two sacks, 5 interceptions, 10 passes defensed and the leader of a vastly improved Steelers secondary that will surprise a lot of people around the league. Mark it down now.