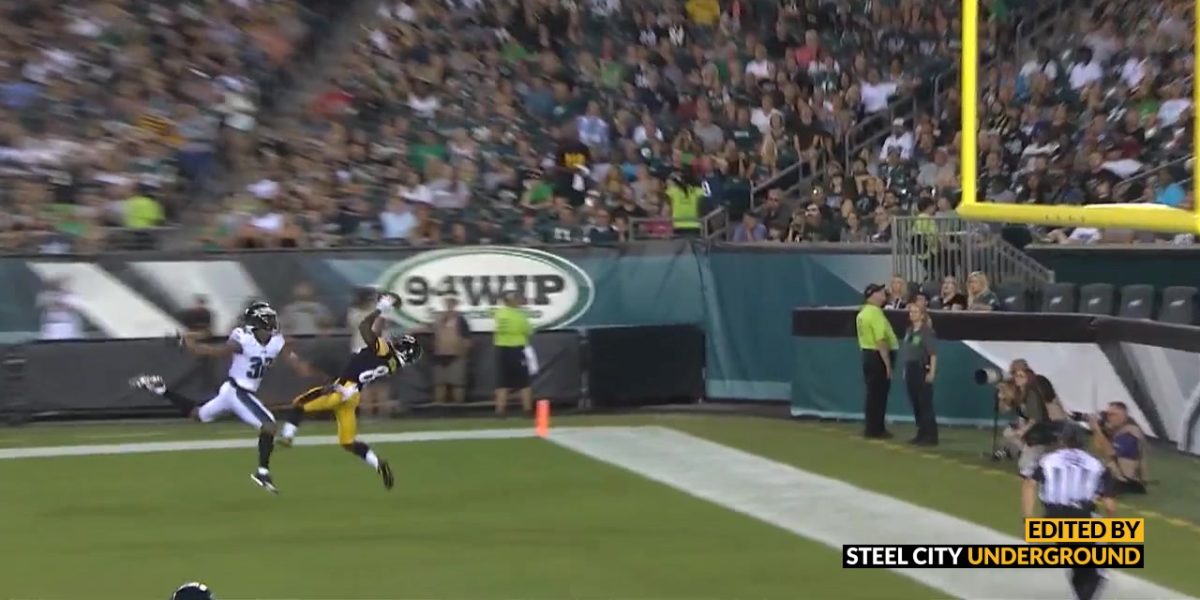 Plays of the Year: Dobbs goes deep to Damoun for the touchdown

Two different players in two different situations, each playing their hearts out for a roster spot: a situation which could once again play-out this preseason!

As we enter this week with the Steelers first exhibition game on deck, let’s have a look at two players who were fighting for their respective NFL careers in 2018: Pittsburgh Steelers QB Joshua Dobbs and WR Damoun Patterson.

With the addition of another quarterback in last year’s draft, Dobbs found himself in a three-way competition for what ended up as only two roster spots at his position.

Patterson’s plight was slightly different as the FCS college player not only went undrafted but went completely unsigned until he impressed Steelers brass during his invite to this year’s rookie minicamp.

Each made the most of their reps in training camp and that experience showed on a Thursday night during the Steelers’ first preseason game against the Eagles.

With just under two minutes left in the first half, Pittsburgh was in their two-minute drill, designed to conserve as much clock as possible in order to put some points on the scoreboard. Dobbs would generate a 9-play, 75-yard drive which would finish with this bullet pass from the second-year quarterback to his rookie teammate.

Watch Patterson’s body control on the catch, but stay for his touchdown celebration!

As we would later find out, Dobbs did more than plenty to secure his spot as Ben Roethlisberger‘s backup for the 2018 season. The best NFL betting lines may not have the Steelers as early favorites, but rest assured that Dobbs is betting on himself again in 2019 to win the backup role.

Patterson, however, would be waived with an injury settlement and end up on other rosters throughout the year, making stops in Tampa Bay and New England (where he is currently rostered for the 2019 start of training camp).