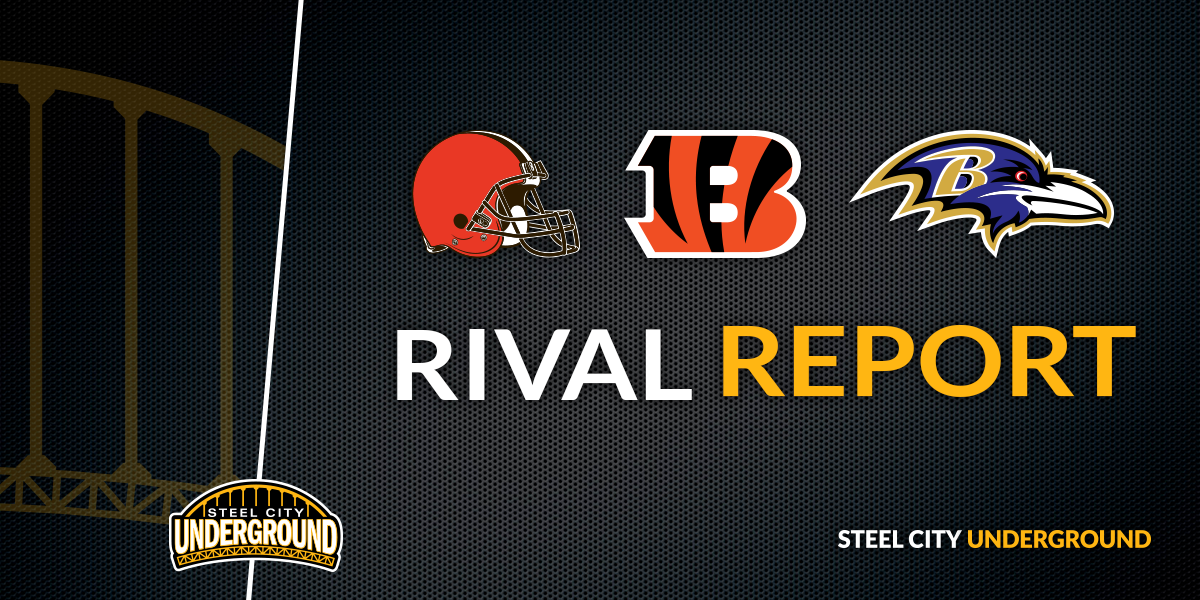 Entering Week 4, the Baltimore Ravens hold the best win-loss record at 2-1, but they by no means own this division. As we talked about in our ‘AFC North Report’, the division is in a state of flux that has showcased some bad play and an ugly overall status. After three weeks of play, the Pittsburgh Steelers and Cincinnati Bengals are winless. The oft-hyped Cleveland Browns have struggled to gain their single win. The Ravens looked hot over the first two weeks and cooled a bit once they faced a real contender for a Super Bowl berth. Despite the season being early, this week could determine the divisional standings through the remainder of this football year.

Steelers host Bengals in a battle for ‘one’

After an embarrassing loss to the New England Patriots and two close games with the Seattle Seahawks and San Francisco 49ers the following weeks, the Steelers open their season 0-3 for the first time since the 2013-14 NFL regular season that saw them go 0-4 on the way to an 8-8 record. To say that the Steelers are disappointed and a little ticked-off about where they stand may be an understatement. “I think the team is still super motivated,” Joe Haden said following practice on Thursday. “No name-calling, no blame, it’s all everybody look at themselves an figure out what can you do to make the Steelers one play better… I really like that about us now. Everybody’s pissed but in a motivated way to try to do better.”

“We just have to get this ‘W’… That’s all it comes down to. I don’t care how it gets done, it has to get done… Both teams are 0-3 but one team is going to be 1-3 after this game.” – Steelers DE Cameron Heyward

The Bengals also lost to the Seahawks before they were blown out by the 49ers. Last week, they too lost a close game, but to the Buffalo Bills. Hampered by a laundry list of injuries, things have not been clicking in many areas for Cincinnati. Head coach Zac Taylor, in his first season at the helm, has repeatedly said that his team would be prepared, and once again the Bengals are entering hostile territory at Heinz Field where they traditionally do poorly.

“It wouldn’t have mattered who we were playing in Week 4,” Taylor said in his press conference. “They’re saying the same things in that locker room that we’re saying. Our guys will be ready to go, and they’re very anxious for this opportunity.”

“Both teams are fighting for their first win. It’s a division game. All the same stuff is still there.” – Bengals QB Andy Dalton

The two teams will meet on Monday Night Football, capping off the week for the league. Before the season started, this might have looked like a traditional game between these two AFC North foes; physical, gritty, chippy, and a real battle. Instead, with both teams looking for their first “one” in the win column, it appears to many fans that this will be a dud of a matchup. That’s unlikely to be the case, however. With both teams desperate to make a statement and correct the direction their seasons have been headed, this will be a very important game… at least within the division. It’s doubtful Steelers or Bengals fans won’t be glued to their televisions, phones, or electronic devices for updates if they aren’t actually at the game in person.

When these two teams last met head-to-head, it was Lamar Jackson that got the better of Baker Mayfield in a showdown of two rookies. With the new season, both quarterbacks have more experience under their belts and will have all eyes on them as they lead their squads to battle for the top spot in the division. The Ravens currently hold it, but with a Browns win on Sunday, both teams would move to 2-2 on the season but Cleveland would have the first win within the division. If Baltimore were to win, they’d not only improve their overall record but also make their first notch in their divisional belt for 2019-20.

Jackson has shown that he can run and gun while leading the Ravens offense that is currently ranked as the league’s No.1 offense in yards per game. Not all of the yards have been earned by Jackson, but he has logged 324, 272, and 267 passing yards in the first three games of the season. In Week 2, he added 120 yards of rushing. Jackson has had great help from Mark Ingram and Gus Edwards in the ground game that has been a three-punch knockout early this season.

Cleveland has been fairly solid against the run through their first three games, only allowing 102 yards on the ground per game (ranked 14th in the NFL). They held Jets running back Le’Veon Bell and Rams rusher Todd Gurley to a combined gain of just 3.14 yards per carry and will look to shut Ingram and Edwards down to make the Ravens offense one-dimensional.

“I have said it time and time again that there is nothing more demoralizing to a defense than 15, 20, 25 yard chunks… we are going to have to do a great job of stopping the run and try to get them into third and long.” – Browns defensive coordinator Steve Wilks

With the Browns having not seen the postseason since 2002, Mayfield and company are going to ride the energy that has been considered hype by many not involved with the Cleveland organization. The Mayfield to Odell Beckham Jr. connection can be a dangerous weapon, as can defensive end Myles Garrett, running back Nick Chubb, and pass-rusher Olivier Vernon.

Just one week removed from trying to stop the Kansas City Chiefs, the Ravens will be looking to keep Mayfield from having a breakout game that sets the tone for his teammates that are hungry to put an end to their playoff drought.

“(Mayfield’s) going to have his regular, competitive attitude as he always has… Off of last week (losing in Kansas City) we’ve got motivation, too.” – Ravens safety Tony Jefferson

“We knew there was going to come a time this season when we were going to lock in with these guys,” Ravens cornerback Brandon Carr said this week. “It’s Week 4 and we’re here. All the talk can cease. We can go out there and show up with our pads. Great challenge, great opportunity for us, we get them at home. We’ve got to defend home turf.”

“Baltimore has played some really good football. Everything we do in this division goes through Baltimore. They are the defending champs of the division,” Browns coach Freddie Kitchens said. “We are looking forward to the challenge. It is going to be a physical game, they always try to create that and we want to form our identity to do the same thing.”