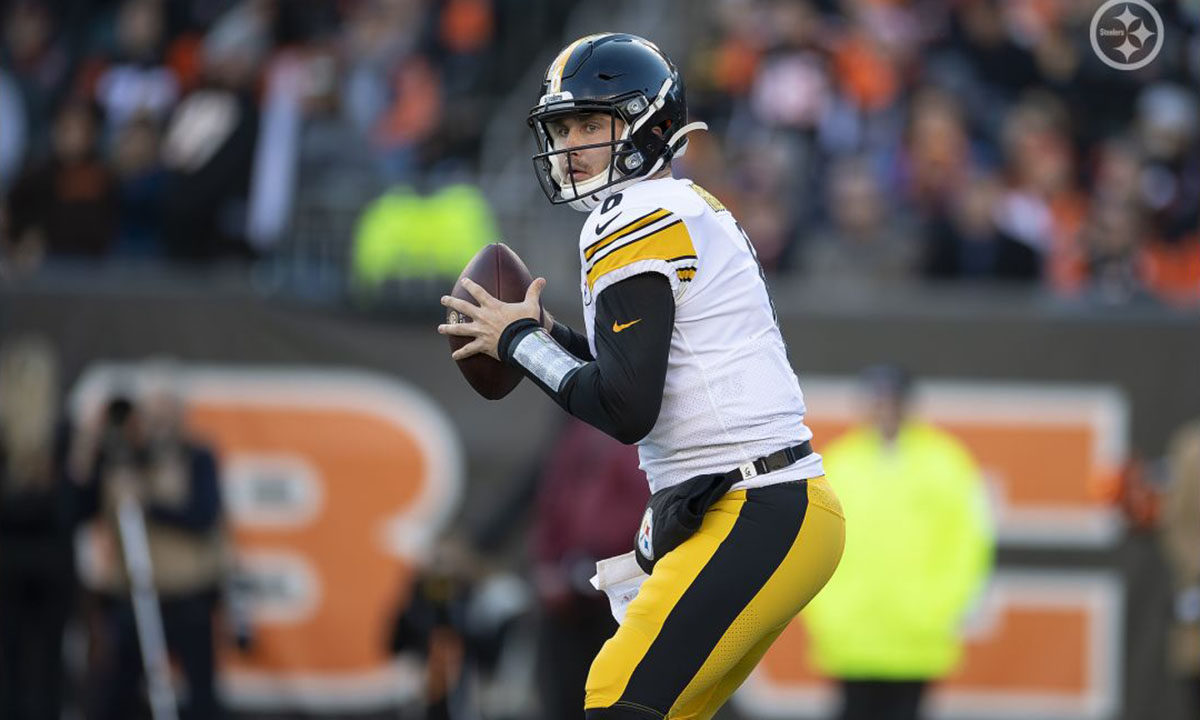 Should the Steelers stick with Rudolph, or hang with Hodges, as their starting quarterback?

As the Steelers escaped Cincinnati with a 16-10 victory to slip back into playoff contention with a 6-5 record, the questions must be asked, who should start against the Browns this coming Sunday? Should it be Devlin Hodges or Mason Rudolph?

Rudolph, the third-round draft pick in 2018 has the potential to be the Steelers future quarterback, in the post-Ben Roethlisberger era. The way he’s played lately would indicate he may not be the guy but if you want to truly evaluate that situation, the answer is to play Rudolph the rest of the way and let whatever happens, happen.

Rudolph was decent enough in his first few starts but hasn’t looked the same since taking that vicious hit against the Ravens, knocking him out cold. Since then, he’s been a turnover machine, he’s looked like a deer in headlights, makes poor decisions and has absolutely no pocket presence. Before Rudolph was pulled on Sunday, he had thrown five interceptions in his last 28 attempts. That’s downright awful. Let’s not forget the two safeties he had given up in previous weeks, the lame-duck throws, and the overall fear of playing, or so it seems.

Despite all that, I’ll stand behind Rudolph as the guy if the Steelers want to punt the season to assess his future as a starter.

However, if the Steelers want to go after a playoff spot, knowing full on that defenses win championships and this is a championship defense, then they must play Duck. He brings a spark to this offense that Rudolph can’t. He has a swagger about him and a winning mentality and quite frankly, he throws a better ball downfield than Rudolph does as well.

So far, in limited action, “Duck” Hodges controls the ball, makes big plays when needed and most importantly moves the offense. They play for him. He clearly has a presence on that offense that Rudolph doesn’t.

At this point, it’s obvious to me, Hodges needs to be the guy against Cleveland and moving forward until this team falls out of playoff contention. If they do, then you go back to Rudolph to assess him.

No matter what happens the remainder of the year, Rudolph has played himself out of the equation to be the starter in 2020 and 2021 when Roethlisberger inevitably returns. There was a time when I thought he may end Ben’s career, barring a miracle, I don’t see that happening.

Until Big Ben returns, let the Duck paddle this team to the postseason and ride the defense along the way.