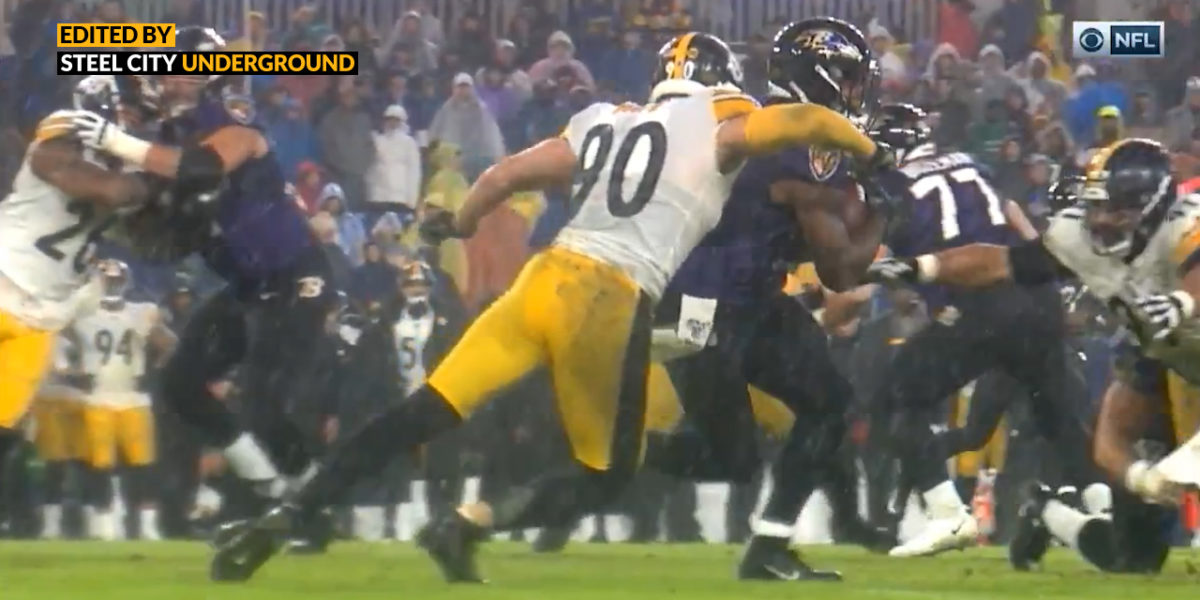 When you need a big play, who do you call upon on the Steelers defense?

T.J. Watt has answered every call in that way during the entire 2019 season and once again came up big in Week 17’s clash against the Baltimore Ravens.

Following halftime the Steelers were down 16-7, after Duck Hodges fumbled and put the Steelers in a precarious position, giving up their first offensive touchdown to the Ravens all afternoon.

The Steelers offense would start the second half but also fail to generate anything, going three-and-out, and giving the ball right back to the Ravens.

Watt would then make his case for the NFL Defensive Player of the Year award with a big play, stripping the football from Ravens running back Gus Edwards on Baltimore’s third play of their next drive.

The Steelers would get the ball on the Ravens 34-yard-line and eventually add three points to the scoreboard, their final points of a game they would lose by a final score of 28-10, officially eliminating them from the playoffs during a rollercoaster 8-8 season.