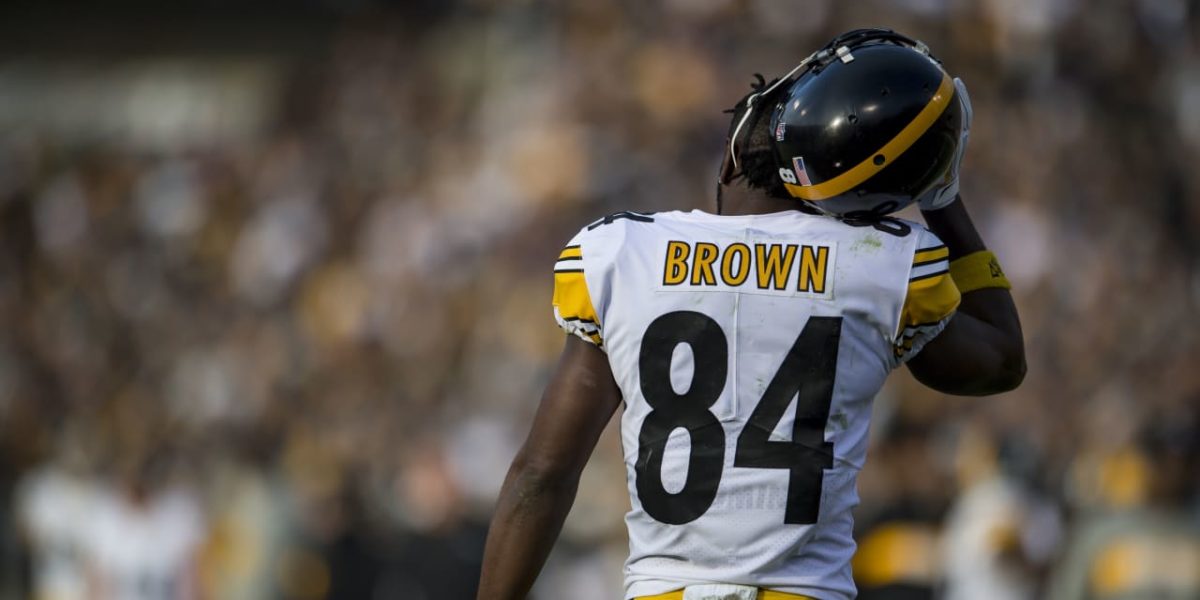 2019 Recall: How the Antonio Brown trade turned out for the Steelers

A year is a lifetime in the NFL.

Nearly one year ago, in January of 2019, all of the talk surrounding the Pittsburgh Steelers were the off-field distractions. Many of those carried over from the previous 2019 season, where Le’Veon Bell failed to show up and sign his franchise tag, Ben Roethlisberger’s radio show comments dividing teammates, and a team which fell apart at the end of the season and failed to make the playoffs.

The final week of the season was especially tumultuous. Rumors ran rampant that Antonio Brown was a no-show for practice. Fingers were pointed at Roethlisberger and peer-voted team MVP JuJu Smith-Schuster for drawing AB’s ire.

It was an awkward situation to say the least: Brown had just caught 14 passes for 185 yards and two touchdowns in a close Week 16 loss to the New Orleans Saints. Then, in Week 17, he was benched by head coach Mike Tomlin for his sporadic behavior and lack of participation in practice.

The wheels fell off entirely as the Steelers failed to make the playoffs. They would defeat the Cincinnati Bengals in an agonizing game that shouldn’t have been as close as it was, then watched on as they needed the Cleveland Browns to beat the Baltimore Ravens in order to get into the postseason.

Cleveland would lose the game sending Pittsburgh out of playoff contention.

That break gave way to speculation, as the sports media needed to know more about Brown’s absence, and subsequent departure at halftime of the Bengals game, where the wide receiver was nowhere to be found on the sidelines starting with the third quarter. He had failed to return calls and texts to team mates and other members of the organization.

Could Brown be done in Pittsburgh?

But at first, it almost didn’t happen, as news leaked of Brown being linked to the Buffalo Bills. Ever the enigmatic presence on social media, AB said he wouldn’t report to the Bills if traded there.

The deal was off, but another came to the table from the Oakland Raiders in the form of a third- and fifth-round draft selection (No. 66 and 141 overall) in the 2019 NFL Draft in exchange for Brown.

Many fans that one of the franchise’s greatest wide receivers in history was worth at least a first-round pick and scoffed at the trade. However, while Brown had proven that he was one of the all-time greats on the field, his off-field antics had also proved he was a liability waiting to happen… or so those in favor of the trade said as they tried to convince those who opposed it. Proponents claimed the Steelers were lucky to receive anything in return for their aging, disgruntled employee.

As it turns out, the Steelers ended up with the far better return on the deal in the end.

The most Antonio Brown would be remembered for as an Oakland Raider would be his off-the-field actions, such as arriving to camp in a hot air balloon, freezing the bottoms of his feet so bad they blistered to where he couldn’t practice shortly thereafter.

Some other details did and didn’t surface on HBO’s Hard Knocks series too. Brown had a contentious relationship with the NFL over the discontinuation of his preferred helmet, to where his previous one was confiscated and he would return with his old Steelers helmet painted to look like a Raiders one.

Brown demanded his helmet be made an exception and claimed he would not play in the NFL until it was. Somehow the circus was avoided with an equipment sponsor offering Brown a helmet that he approved of and it appeared all systems were a go.

Until Brown battled with Raiders GM Mike Mayock, the fallout of which saw the receiver released from his contract and the team owing him next to zero of his $50 million deal with $30 million guaranteed.

Brown would never suit up for a Raiders regular season game. He would become a free agent, landing in the most predictable place on the planet for troubled athletes turned back into athletic angels: The New England Patriots.

Yet, the Midas touch of Patriots head coach Bill Belichick wasn’t enough to keep Brown from making headlines, and following a single game in Week 2 of the season, Brown would be released as rape allegations and investigations made it too difficult for the Patriots (or any other team) to work with the wide receiver.

In the end, Brown, who also complained about guaranteed cash, would up receiving a total of $860,294 from the Raiders and $10 million (part of a two-year deal paid upfront) from the Patriots.

While the Steelers had a cap charge of $21m for Brown’s contract in 2019, they would benefit most from severing ties with a distraction and then seeing it blow up in the other team’s faces. (Rather than the alternative, which could’ve been Brown exceeding all expectations and having another All-Pro year!)

Pittsburgh leveraged the extra draft picks from the AB trade to maneuver up in the draft to select LB Devin Bush. While the picks acquired from Brown weren’t directly used in the trade, it was the extra collateral that made it an easier decision to move up ten spots.

The picks which came from Oakland were used by the Steelers to select WR Diontae Johnson in the third round and TE Zach Gentry in the fifth. Johnson would lead the team, and all rookies, in receptions this season. He would finish the year with 59 catches for 680 yards and 5 touchdowns.

Johnson would also post a better stat-line than Brown’s single game in a Patriots uniform at least six times in 2019, despite not having Ben Roethlisberger throwing him the ball in any of those games.