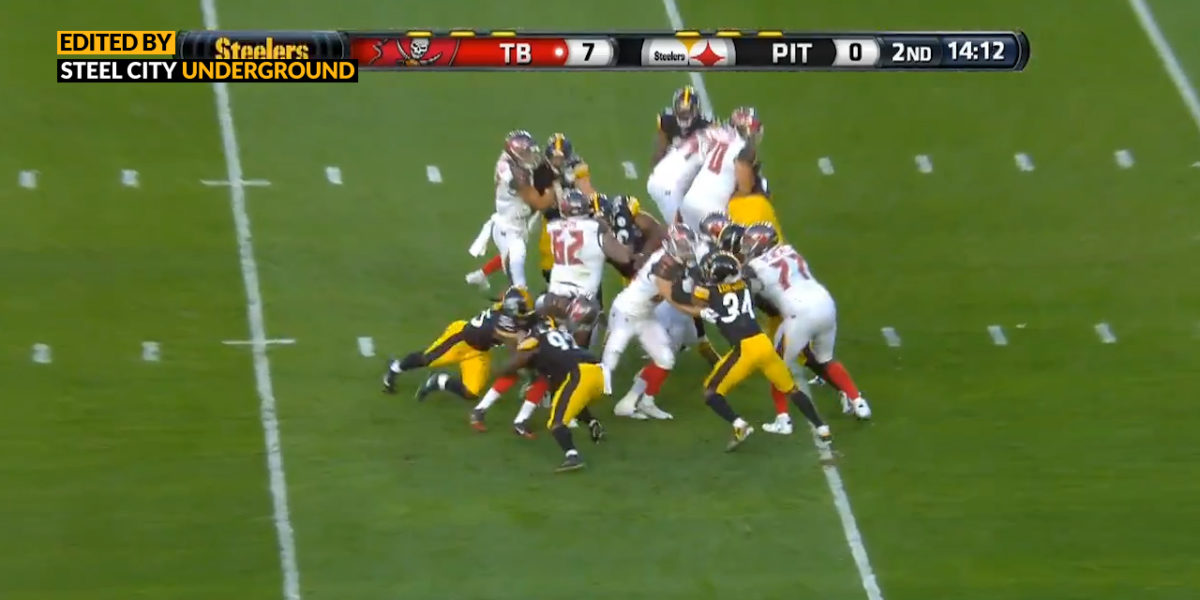 Plays of the Year: Devin Bush stuffs the Bucs on 4th-and-1

Steelers Nation couldn’t wait to get their first look at the man the organization moved up in the draft to get: Devin Bush.

On Friday night in August, they’d get more than what they bargained for as the Steelers hosted the Tampa Bay Buccaneers in the first preseason game of the 2019 season. The hype around this otherwise “meaningless” game was the return of former Pittsburgh Steelers offensive coodrinator Bruce Arians (now the head coach of Tampa) and Devin Bush’s draft class counterpart, Devin White, who was the other top prospect at the inside linebacker position. White was drafted sixth overall to Bush’s tenth overall, making for an interesting exhibition matchup as both players suited up for their “first game” as pros.

It would be Bush, however, who would live up to the hype, as the rookie linebacker lit up the screen in his debut, on a primetime game televised nationally on NFL Network no less.

Racking up tackles early in the game, it was Bush who dropped into pass coverage on third down and rode his opponent, who made the catch, out of bounds just shy of the down marker, forcing Tampa Bay into a 4th-and-1 situation.

It was anyone’s guess if the Buccaneers would actually run a play, but when they snapped the ball it was all over before it started.

Bush slices through the center of the defense and grabs the ball carrier, Andre Ellington, behind the line of scrimmage. Ola Adeniyi, who seals the edge, puts the icing on the cake as the Steelers defense gets off of the field to the delight of those in attendance.

Bush would finish the game with 11 combined tackles.

The Steelers would go on to win the preseason match up 30-28.