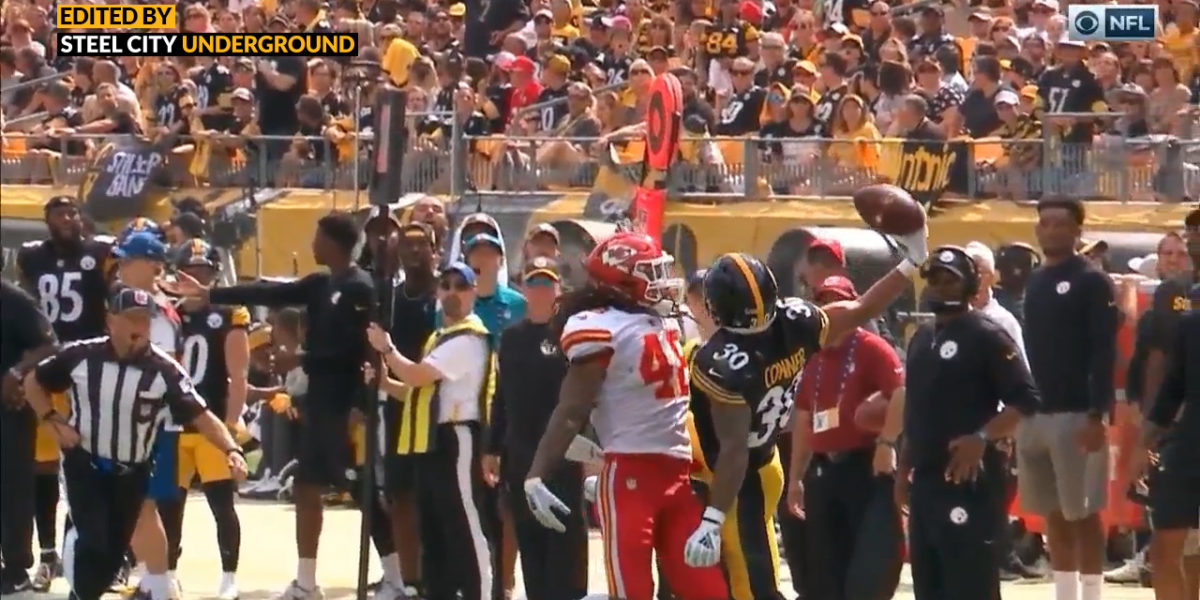 4 of the biggest Steelers plays that never were

Since we’re all stuck inside our houses without any new sports due to the coronavirus, the NFL started offering its Game Pass library for free for the next few months – and people have been asking about what older games to replay or sharing their favorite past plays.

While it’s difficult sometimes to say what is a right or wrong moment for a particular team, there are always high and low moments that stick in our memory. When times are hard, particularly for sports betting fans, browsing the internet for the best football betting tips seems like the ideal thing to do.

Others choose to go down the memory lane, especially recalling the victorious moments saves the day.

The Steelers have had their fair share of bad and good times during their playing history. That got me thinking on a whole other thought process: what were some of the most memorable Steelers plays that “never were”?

That is, those plays which could’ve been all-time highlights in Steelers lore, but fell short for one reason or another.

Here are those plays that came to my mind: I’d love to hear some feedback on ones that you thought were “almost great” too! (Just keep in mind I’m only doing this for the Game Pass era which is 2009 to present, but any others are welcome in the comments section too!)

Hook and Ladder attempt against the Dolphins (2013)

Fans may remember this game as the “Mike Wallace” game, as it was the first time the receiver returned to Pittsburgh following a 2012 season where he sat out training camp demanding more money: which was eventually given to Antonio Brown instead!

The Steelers had traded the lead back-and-forth before giving up two field goals in the fourth quarter, falling behind 34-28 with 1:03 remaining in the game.

Ben Roethlisberger was unable to get any offense generated as Pittsburgh hurried to the line to snap the ball with three seconds left. Somehow, they get the snap off and run something that looks doomed from the start… as the ball then floats from black jersey to black jersey before ending up in the hands of the electric AB (who had made the Pro Bowl as a kick returner in his rookie season too).

This play that still sticks in my craw! Antonio Brown was literally inches from completing another miracle in a December 2013 matchup against the Miami Dolphins.

This play actually did make highlight reels on sports shows and even on NFL.com, despite being an incompletion.

It was the Steelers home opener during Week 2 of the 2018 season. At this time, viewers in the stands (and at home) had no idea what type of quarterback Patrick Mahomes would turn out to be.

As it did turn out, the Steelers were trailing 21-0 early. However, with a gunslinger of their own, Pittsburgh would rally with 14 points to close the gap to seven, and sought to score more.

QB Ben Roethlisberger would initially look to his running back James Conner, before feeling pressure and aiming Conner’s way. Conner, who will be interfered with on this play (resulting in a pass interference call in his favor) actually makes a spectacular one-handed catch, but unfortunately he is ruled out-of-bounds, so the play, statistically, does not count.

The Dallas Cowboys came to town during Week 10 of the 2016 regular season, and brought what felt like their entire town with them. Steelers fans sold their tickets for premiums, creating an environment seldom seen in Heinz Field, complete with opposing fans crowd noise.

In a game that saw eight lead changes, the Steelers were in a dogfight down to the last minute when Ben Roethlisberger and the offense took over with just under two minutes remaining in the fourth quarter, and down by five points.

As Ben would often do, he led the Steelers down the field and within five plays, they were back on the board and up by a point, following one of the most incredible connections he and Antonio Brown ever had for a touchdown.

Unfortunately, the Steelers would end up losing in the final 42 seconds as their defense fell like a house of cards, making this one of those plays that’s often lost to history since Pittsburgh didn’t win the game.

Without a doubt the most prominent of the “not plays” listed is the catch that Jesse James made to put the Steelers ahead of the New England Patriots in Week 15 of the 2017 season… that didn’t count.

It became so controversial, in fact, that the league changed their rules for a catch the following season. However, that was too little too late.

With a half minute left in the game the Steelers and Patriots, both knotted as the top teams in the AFC, were playing for home field advantage throughout the playoffs.

Down by three points, Ben Roethlisberger stepped back to pass and found his tight end, James, wide open for the score… only to have it overturned by referees who clearly don’t understand how instant replay works.

This play drew so much ire that it became known in Steelers lore as “Jesse Caught It”. And while it’s not forgotten, it is listed here as a “not play” that should NEVER be forgotten!