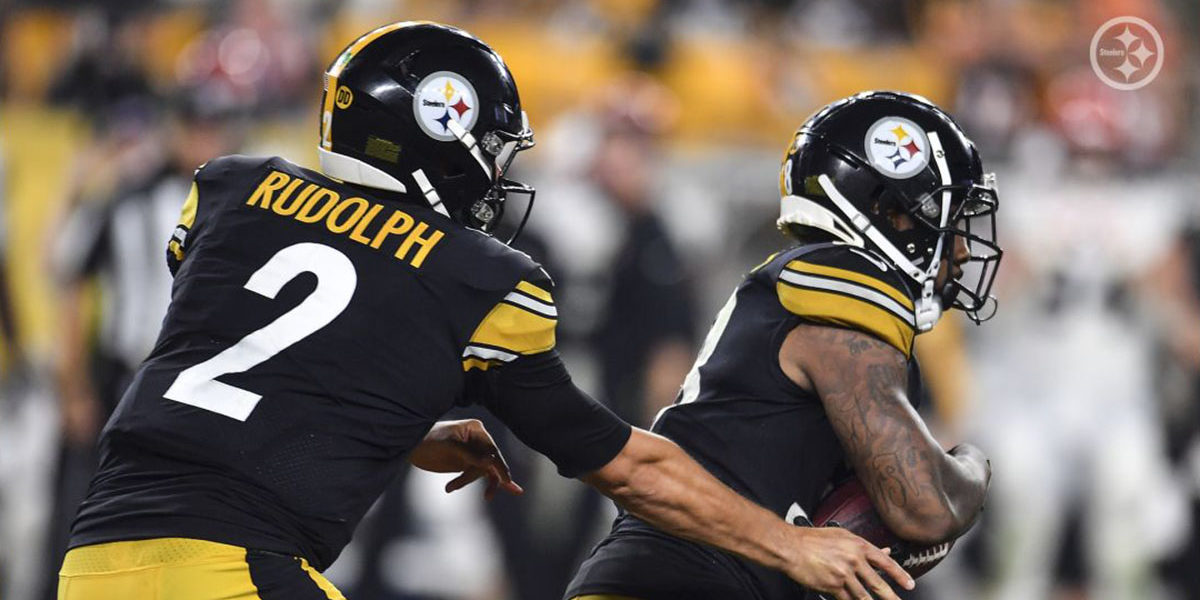 When the NFL schedule makers worked with ESPN on the 2019, I’m not sure that either entity thought that Week 4’s edition of Monday Night Football would feature two teams still searching for their first win of the season.

However, that’s precisely how things played out as the 0-3 Pittsburgh Steelers hosted the 0-3 Cincinnati Bengals in a battle of who could stay out of the basement in the AFC North.

At this point in time, things looked bleak for the Steelers. Perhaps even the most diehard of fans didn’t believe that their team could lift themselves out of a three-week funk, especially without their franchise quarterback. On the flipside, the Bengals could, perhaps, finally make a statement against a division foe (or is it rival?) that has owned them for years.

The Steelers had won the last eight contests between the two teams going back to November 1st, 2015. Even worse, Cincinnati had lost all but three of the last nineteen matchups against the Steelers, a streak which had ironically started on a Monday Night Football game played on November 8th, 2010.

This was an opportunity for the Bengals to right the ship of their losing ways over the last decade, but even with a new head coach and changes abound, the Bengals would fail epically… however, it would take about a quarter of football for Steelers Nation to not feel nervous about this game.

That’s because the Bengals jumped out to a 3-0 lead off of a first quarter Randy Bullock field goal.

Those points came as the result of a Diontae Johnson fumble on the Steelers second play from scrimmage, following the Bengals first drive which stalled at midfield.

The field position afforded Bullock the chip shot, as the Steelers defense shutdown the Bengals offense with a 3-and-out on their own ten-yard line.

In other words, it could’ve been much worse.

Pittsburgh’s chances to win looked fairly bad as the Steelers took over their second possession on offense, only to fail twice at gaining one-yard on third and fourth down from the Bengals 41, turning the ball over on downs.

The gamble to not punt proved wise for Mike Tomlin, as his defense once again forced a three-and-out of the Bengals.

The Steelers would put together a better drive, aided by penalties, but still fail to score at the start of the second quarter. It wasn’t until the team started placing Jaylen Samuels in the wildcat formation that things started to spark.

The Steelers finally nudged closer in the field position battle, first with a 21-yard Mason Rudolph to James Conner touchdown pass. The Steelers defense rose to the occasion as Cincinnati threatened to score, with Bud Dupree strip-sacking Andy Dalton and Pittsburgh recovering the ball.

An 11-play, 60-yard drive would end with Pittsburgh failing to score a TD from the Bengals six-yard line, but still getting points from a 29-yard Chris Boswell field goal.

There was more Jay-Slash magic in the second half as the Steelers got the ball first, with the versatile running back scoring on a two-yard direct snap at the 10:40 mark of the third quarter.

The Steelers D stuffed the Bengals once more for yet another three-and-out, giving way to a 2-play offensive splash play that saw Mason Rudolph go deep for Diontae Johnson on a 43-yard touchdown connection.

That may have been the dagger in the Bengals back, as the Steelers climbed to a 24-3 lead and simply relied on possession and defense to close out their first victory of the 2019 season.

In all, the Steelers defense hit Bengals QB Andy Dalton a total of 12 times (officially) with eight of those being recorded as sacks. Cameron Heyward led all Steelers defenders with 2.5 sacks while the D also batted down six pass attempts with Mark Barron picking off one of Dalton’s passes early in the fourth quarter to help seal the deal.

The Steelers would go on to defeat the Bengals 27-3 – with Bullock’s early field goal being the only points Cincinnati would score on the evening!