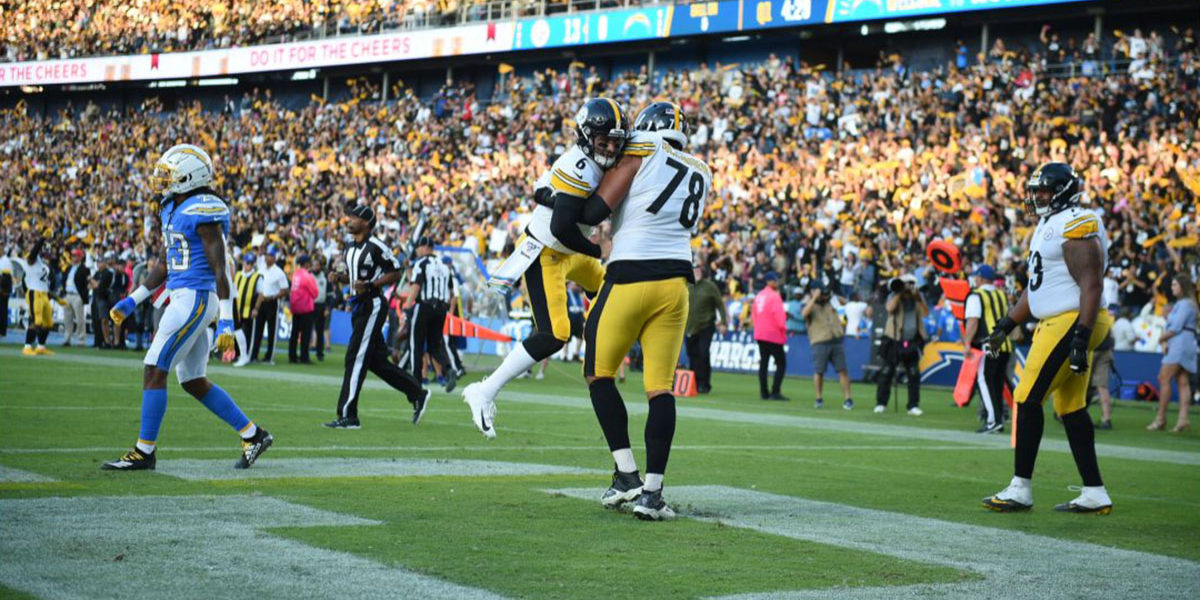 Down. Dejected. But not out.

That describes the Steelers team who hit the road in Week 6 of the 2019 season to play against the Los Angeles Chargers. Scheduled for Sunday Night Football, the game wasn’t flexed when the 1-4 Steelers traveled to the small soccer stadium outside LA to face a 2-3 Chargers team who appeared to have every advantage going in.

That’s because the Steelers were now down two quarterbacks on the season. Ben Roethlisberger was placed on IR following Week 2 and Mason Rudolph entered concussion protocol following the previous game against the Ravens.

With the other backup, Joshua Dobbs, traded to Jacksonville just weeks ago, “camp phenom” and undrafted rookie Devlin Hodges (aka “Duck”) would make his first start: a tall order for a quarterback out of smaller FCS school Samford and who was gone from the team for several weeks between the end of the preseason and this primetime matchup until being called back following the Dobbs trade.

If you were looking at the NFL odds prior to this season, the Steelers were once considered favorites to contend for the Super Bowl. Now sitting at 1-4, they were hardly playoff contenders. With little practice or anything else under his belt, Duck would make his first start that evening, in what would be a surprise smack in the face for Los Angeles fans.

Unable to do anything on their first drive, the Chargers would punt and force a 3-and-out, as the Steelers let Duck attempt a deep pass on the offense’s very first play, which fell out of reach for its intended target Juju Smith-Schuster.

The Chargers would get the ball back, but squander their opportunity instantly as Philip Rivers would give away the football. As the Steelers defenders kind of stood around looking at the ball on the ground.

It was rookie LB Devin Bush, in only his sixth game as a pro, had the awareness to realize no whistle had blown, picking up the rock and carrying it a short distance and diving into the end zone to put the Steelers up with an early defensive touchdown.

Bush would again lead the charge on a Chargers offensive early exit on the very next series, picking off Rivers and setting up a 7-play, 40-yard Steelers scoring drive which was capped off by Hodge’s first career touchdown pass to James Conner, who took the ball beyond the first down marker and the additional yards needed for the 12-yard TD.

It wouldn’t be the only time Hodges connected with Conner, as the two paired up yet again in the second quarter, this time on a 26-yard play which put the Steelers in firm control of the game at 21-0.

The Chargers had an opportunity to score with 37 seconds left in the second quarter, but Chase McLaughlin would hit the upright, missing the field goal try.

As everyone guessed, the Steelers would stay grounded for most of the game and protect Hodges.

Benny Snell got his first real action of the 2019 season, spelling James Conner (who would leave with an injury). Snell pounded his way to 75 yards rushing on 17 carries, good for 4.4 yards per carry – the best totals of any Steelers back with five or more carries in a game this season.

Conner was also solid before leaving the game, scoring two touchdowns while breaking tackles and adding all-purpose yards: it was his second game of the season with over 100 yards from scrimmage.

Playing the possession game, Pittsburgh received the ball to start the third quarter and ran a 6:48 drive which consumed 13 plays and 73 yards, only to fall short of another touchdown by two yards.

On 3rd-and-2 from the Chargers 2-yard line saw Devlin Hodges scrambling for a football that was poor snapped behind him.

Looking like a wily veteran rather than an undrafted unknown, “Duck” barehanded the ball, quickly snagging the usually difficult to snag pigskin, looking to see if he was already outside of the tackle box and shifting over slightly to heave the ball well downfield and out-of-bounds, near a “receiver”.

Chris Boswell would make it 24-0 but the game was far from over yet. The Chargers were forced with another 3-and-out but the Steelers offense sputtered as well.

The first strike in the Chargers comeback bid came at the 14:04 mark in the fourth quarter when McLaughlin made a 38-yard field goal to make it 24-3 in favor of the Steelers.

That’s when Hodges would come back on the field and make a rookie mistake, going deep for Johnny Holton but getting intercepted instead. Rivers and company would take advantage, with a 70-yard touchdown drive to inch closer at 24-10.

The Chargers would score yet again with 1:34 remaining, making the game a much tighter 24-17.

And they would get the ball right back, using all of their timeouts and forcing the Steelers to go 3-and-out as Pittsburgh went conservative in their play calling by running the ball on three consecutive plays (the third, a scramble by Hodges).

However, Philip Rivers went to the well for WR Mike Williams once too often, as Steelers CB Cameron Sutton picked off the veteran QB in the final minute of the game, sealing the deal for the Steelers with a final score of 24-17. 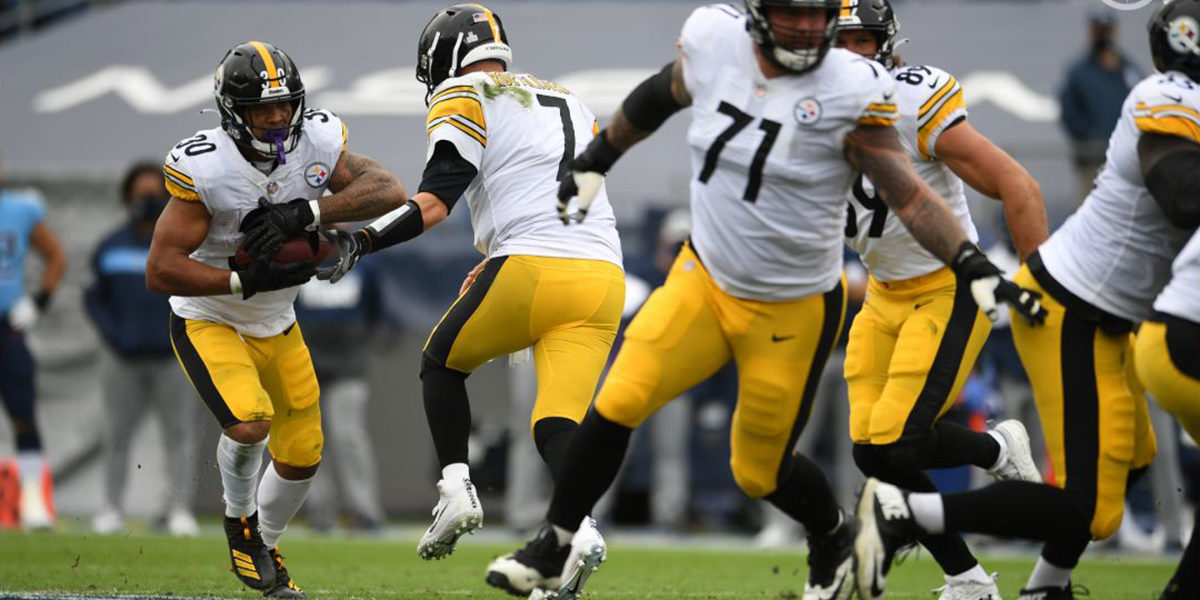 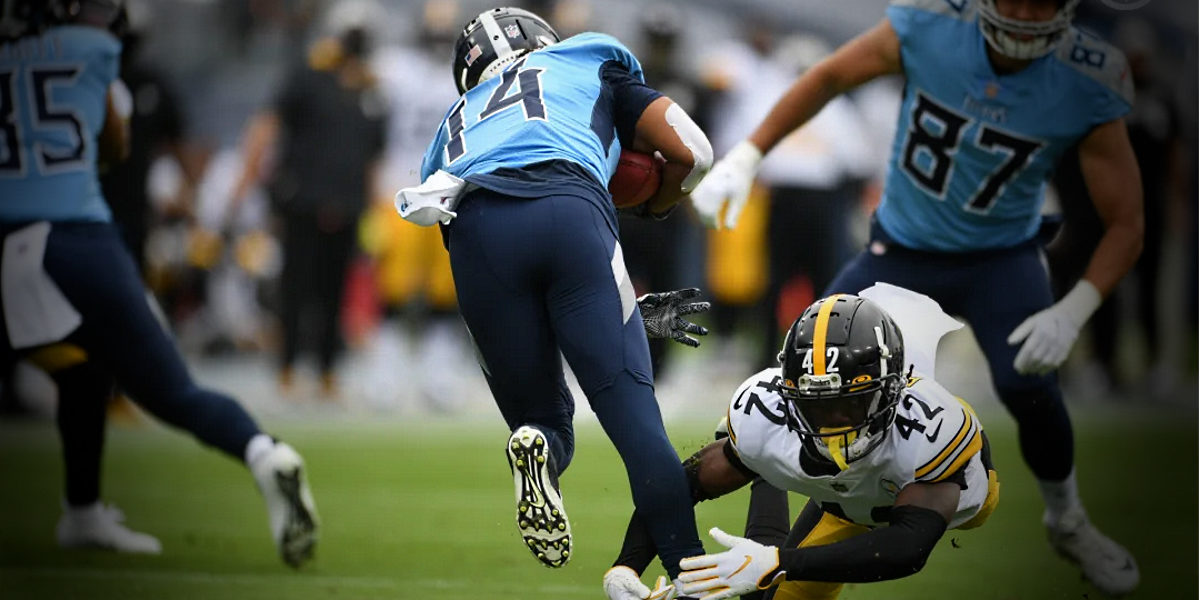 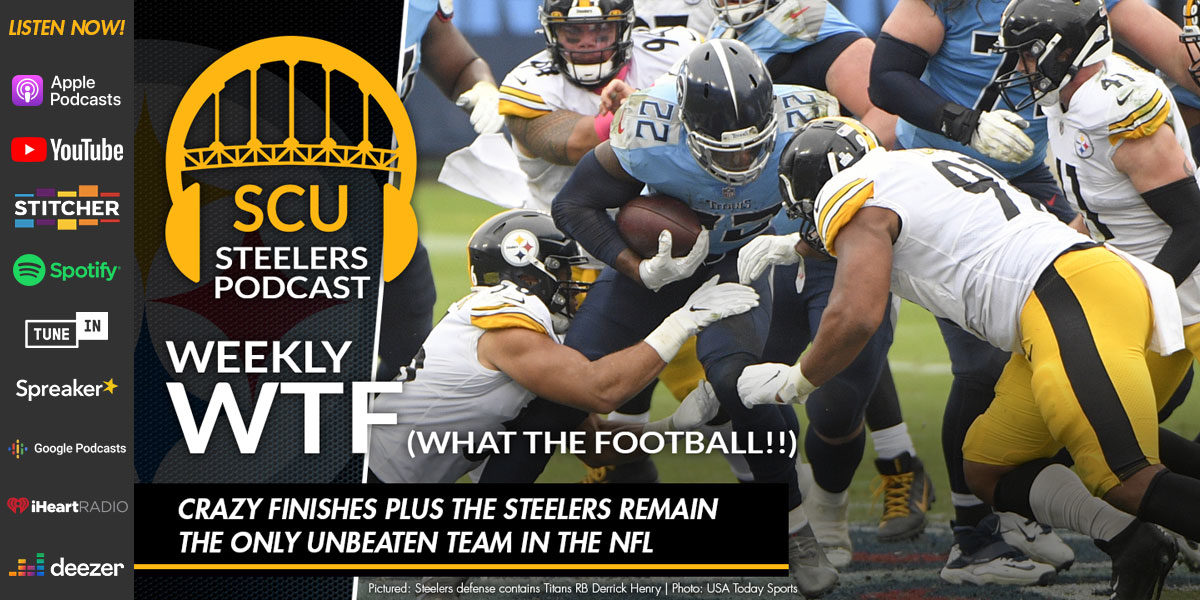 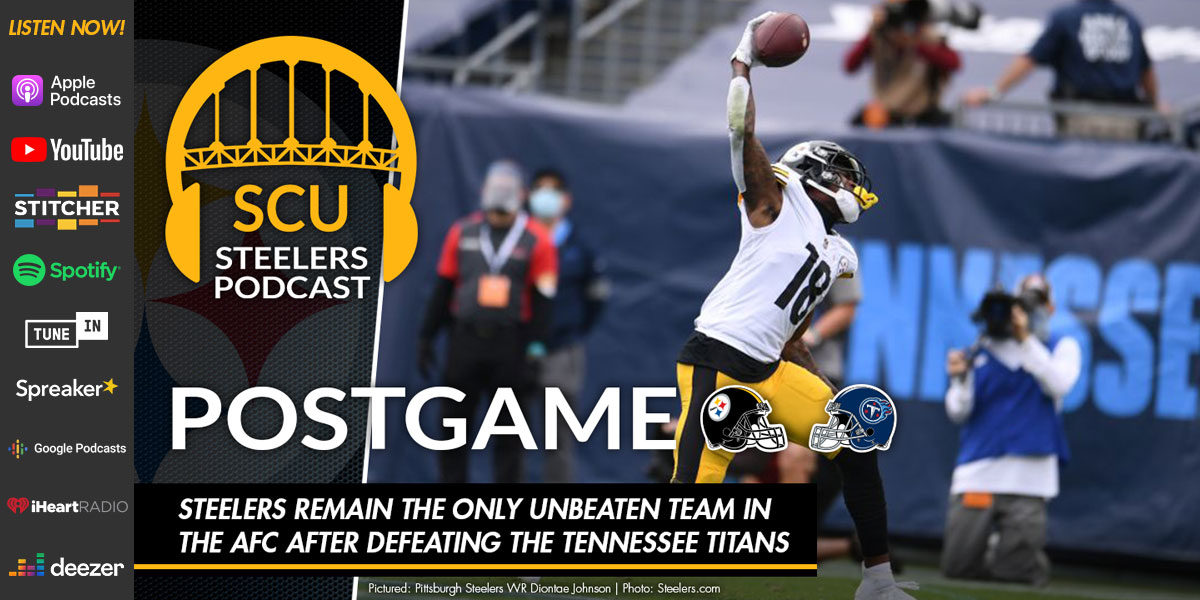