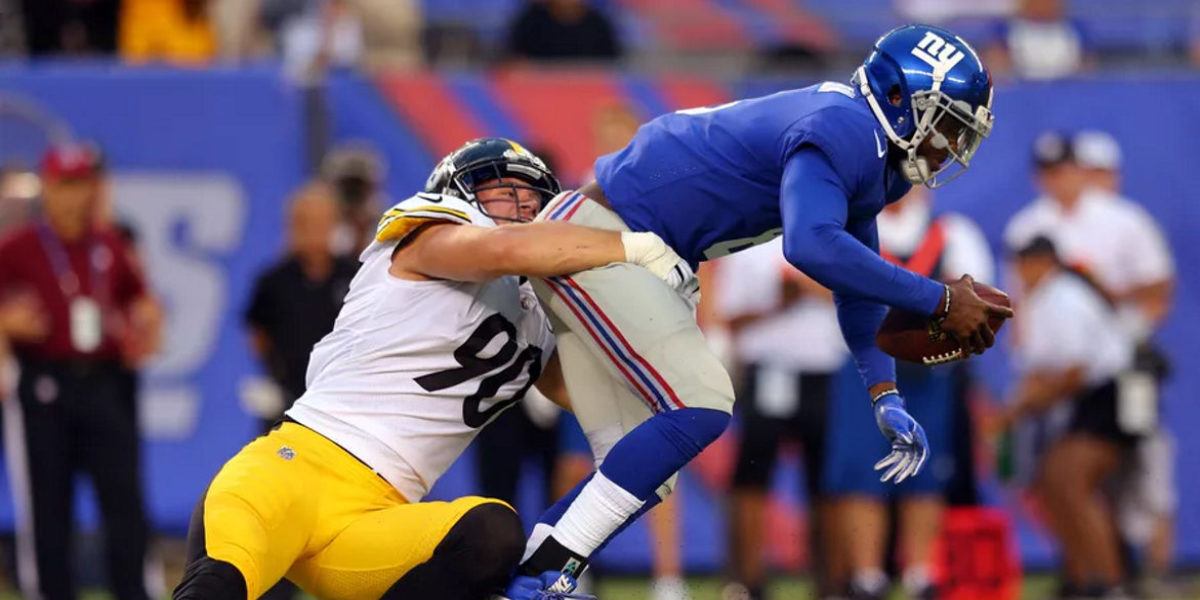 Over the next few weeks, Steel City Underground will take a look at the upcoming 2020-21 NFL regular season, and the opponents the Pittsburgh Steelers will face, by quarters. This week we preview NFL Weeks 1-4.

The last time the Steelers faced the Giants during the regular season was in Week 13 of the 2016-17 NFL season. Although Pittsburgh would walk away with the win, it wasn’t the usual stars that had the biggest impact; kicker Randy Bullock and tight end Ladarius Green were the players of the game as the Steelers won, 24-14.

The Giants will host the Steelers at MetLife Stadium on Monday Night Football (September 14) instead of the Dallas Cowboys for the seventh time in nearly a decade. They won’t have Eli Manning under center but look to get second-year signal-caller Daniel Jones ready to lead the offense this season.

“When you get the schedule, it definitely does give you a little surge of energy… it starts moving a little bit faster in your mind in terms of preparing for what’s in front of you.” – Giants head coach Joe Judge.

The trend appears clear. On offense, the Giants want to keep their quarterback protected while opening holes for Saquon Barkley. With the addition of Jason Garrett as the offensive coordinator, the thoughts that the Giants will run a similar offense to what the Cowboys have in the last decade were verified by Giants head coach Joe Judge. Despite a new scheme, Jones already has experience throwing to Darius Slayton, Sterling Shepard, Golden Tate, and Evan Engram.

The defense, beyond the guys up front, looks to get a shake-up with Blake Martinez rumored to be the early favorite at starting middle linebacker with Xavier McKinney and James Bradberry as the deep coverage guys.

The Giants would love to bounce back from an abysmal season in 2019 but their first eight games of the new season will see them face each of their NFC East divisional rivals, the defending NFL Champion San Francisco 49ers, Tom Brady with the Tampa Bay Buccaneers; add in the Steelers and the Giants will be facing some tough challenges early.

All this is to show that the Steelers have what it takes to be a top contender in the league. Although it’s months till the first game of the season, odds for the games have already been released, and judging from the NFL odds found here, the Steelers are 4-point favorites against the Giants. That looks to be a good start to the season already.

The last time the Steelers went head-to-head with the Broncos in the regular season was in 2018 (Week 12) at Sports Authority Field at Mile High. The game didn’t go the way Pittsburgh thought it might. Although the Steelers had 527 total yards of offense to the Broncos’ 308, two interceptions from Ben Roethlisberger and two fumbles that were recovered by Denver killed momentum and morale.

This year, it will be the Broncos’ turn to travel to Heinz Field to face the Steelers. After finishing last season second in the AFC West, Denver would like to get off to a hot start following general manager John Elway’s mini-rebuild that has been in action over the past couple of seasons. Elway has been focused on surrounding second-year quarterback Drew Lock with talent.

Jeudy was among the top-rated wide receivers in the 2020 draft class as an excellent route-runner and will look to step in as the starter opposite Courtland Sutton. With Hamler’s nice speed and value as a special teams returner, he could develop into a well-rounded receiver for Lock to target. Add in Okweugbunam and tight end next to Noah Fant (one of Lock’s favorite targets at Missouri), the Broncos look to be focused on improvement in the passing game since they look solid with Melvin Gordon, Phillip Lindsay, and Vic Fangio in the offensive backfield.

Defensively, the Broncos filled depth and brought in players they think will help them be a handful for opponents. “It’s going to be exciting,” linebacker Von Miller said. After trading a fourth-round pick to the Jacksonville Jaguars for cornerback A.J. Bouye and a seventh-round pick to the Tennessee Titans for defensive tackle Jurrell Casey, they utilized the draft to add depth. In their second year with Vic Fangio running the defense, the return of Bradley Chubb (who suffered a season-ending injury last season), the resurgence of Miller (after a down year), and the return of Bryce Callahan and Shelby Harris should fuel the fire.

The last time the Steelers faced the Texans during the regular season was in 2017 (Week 16). It was December and Pittsburgh was on a roll at 12-3; Houston was an abysmal 4-11. The Steelers defense harassed quarterback T.J. Yates for most of two quarters until, on a second-and-seven play, Mike Hilton forced a fumble as he made the sack. After the halftime break, the Texans called on Taylor Heinicke to lead their offense. It didn’t last long. Yates was brought back into the game connected with DeAndre Hopkins for six points but the extra point attempt was blocked by Joe Haden. Due to a penalty on Haden for being offsides, the Texans went for a two-point conversion that didn’t work. The Steelers won, 34-6.

The Texans were focused on strengthening their defense after suffering a league-worst 6.1 yards per play by opponents during the 2019 NFL season. They feel Blacklock’s burst on the pass rush will give them a boost and that Greenard on the outside will be a great pairing with J.J. Watt.

Due to trading Hopkins, Houston needed depth at the wide receiver position and snagged Coulter, who the Texans believe brings energy, speed, and talent to their offense.

The last time the Steelers faced the Titans during the regular season was in 2017 as well (Week 11). Pittsburgh was 8-2 while Tennessee was 6-4 at that point. On paper, the game looked like it would be a closer affair than it ended up being. Marcus Mariota had a bad outing, completing just 22-of-33 passes for a single touchdown to four interceptions. He was also sacked five times and added a five-yard scramble for a rushing touchdown. Rishard Matthews was the leading receiver with 113 yards (and the touchdown reception) while tight end Delanie Walker was relied on heavily as well in the pass-catch game. Mike Hilton, Robert Golden, Sean Davis, and Coty Sensabaugh were the Steelers’ beneficiaries of Mariota’s inaccuracy in passing. The Steelers won, 40-17.

With Jack Conklin departing, Dennis Kelly will take over at right tackle and tutor Fulton as the rookie works on his pass-block skills; Fulton was primarily used on the right side in college in a run-based offense. A bolstered offensive line should give veteran Ryan Tannehill, who really turned things around after signing a one-year deal and taking over for Mariota in Week 6, more time to work in a better mix of rushing and passing in the Titans’ offense in 2020. Tannehill surprisingly helped lead the Titans to a 20-13 win over the New England Patriots in the postseason on the way to the AFC Championship Game against the eventual Super Bowl champion Kansas City Chiefs. Although Tannehill signed a four-year extension with the Titans during the offseason, the Titans selected McDonald as a backstop to Logan Woodside.

Evans looks to be a smaller, quicker option to pair with Derrick Henry – predicted by experts to lead the league in rushing in 2020 – in the offensive backfield. Evans posted a 4.41 40 at the Combine and will likely be asked to also help out as a receiving back.