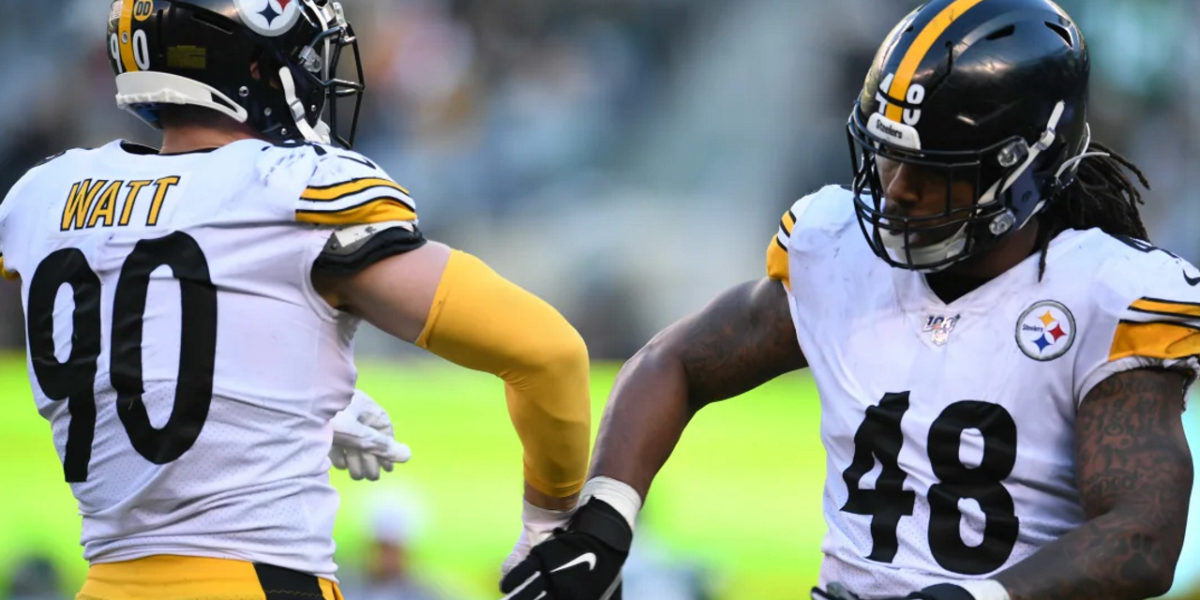 An early look at the Steelers 2020 defensive depth chart

With the 2020 NFL Draft now in our rearview mirror, I thought it might be a good time to take a look at the Steelers offense and see what their depth chart looks like – this may give us a decent idea of not only what sort of team they could field this upcoming season, but also which of their draft picks might make a more immediate impact.

Here’s another early look at how the depth charts should shake out before the team enters training camp.

The Steelers defensive line lost a great component in free agency with the departure of Javon Hargrave this offseason but should still see improvement with the return of Stephon Tuitt.

Tuitt was putting together an impressive season before going to IR.

His bookend, Cameron Heyward, continues to be one of the most consistent disruptors in the entire league. Each are spelled by veteran Tyson Alualu.

The Steelers are no longer a strict 3-4 defense and often do not use a nose tackle as in year’s past. Daniel McCullers has shown steady improvement and will be pushed by a combination of other defensive linemen including Wormely (acquired in a trade with the Ravens), second-year pro Buggs and rookie Davis.

While Bud Dupree earned a franchise tag designation with a breakout 2019 season, T.J. Watt continued to climb the ranks of the NFL’s elite by finishing as a runner-up for Defensive MVP.

Behind them coming off the edges are Adeniyi, who has been on the main roster for two seasons, and has been a camp standout for just as long. Last year’s camp standout, Tuzar Skipper, made the team, was released, then was brought back.

The Steelers spent a third round pick on Charlotte sack master Alex Highsmith who could immediately replace the departing Anthony Chickillo.

Devin Bush proved to be worth the draft capital the Steelers spent last year to move up ten spots to find their replacement for Ryan Shazier. Bush’s clutch rookie season was often overshadowed by Watt, Dupree, and Minkah Fitzpatrick, which is incredible when you consider it.

The backups include second-year pro Ulysees Gilbert and a platoon of various free agents. Robert Spillane was one of those in 2019 and made the main roster, making Tyler Matakevich expendable.

The unit could feel the sting of losing veteran Mark Barron if they suffer any setbacks due to injuries.

Once the poor position group of the team, the Steelers are now rich at the position across the board.

Haden was a replacement for the Pro Bowl.

Nelson was one of the best corners in the league, but underrated when it comes to name value.

Mike Hilton is the ever-present nickel corner who can blitz in the blink of an eye.

Cam Sutton enters a contract year as a versatile corner who can cover the slot or play outside.

Justin Layne sat under the learning tree for his rookie season; he was considered a steal at his draft position in last year’s NFL Draft.

Fitzpatrick was the final missing piece in solving the Steelers defensive puzzle. Acquired in a trade with Miami entering Week 3, he would be named an All-Pro.

Terrell Edmunds is a former first round pick with all of the tools, who some critics pick on for being the lower peg on the totem pole on an incredibly talented defense: he would be a starter on just about any other team in the league and isn’t asked to do much but tackle (which he led the team in doing).

The depth here looks sparse, but rookie Antoine Brooks could be one of the roaming safeties who helps takeover for the loss of Mark Barron. As mentioned with other spots, any injury to the starters here would significantly impact this unit.

The Steelers defense is insanely loaded across their eleven starters. However, any lost time with any of those players could hurt their chances of remaining a top unit.

The defensive line and linebackers appear to be best set, with the cornerbacks also fairly loaded to shoulder any blows to an individual. However, the safety position, which was the weakest spot heading into last season, was upgraded but still lacks help beyond the starters.

Regardless, the Steelers should still sport one of the most talented squads in the entire league.