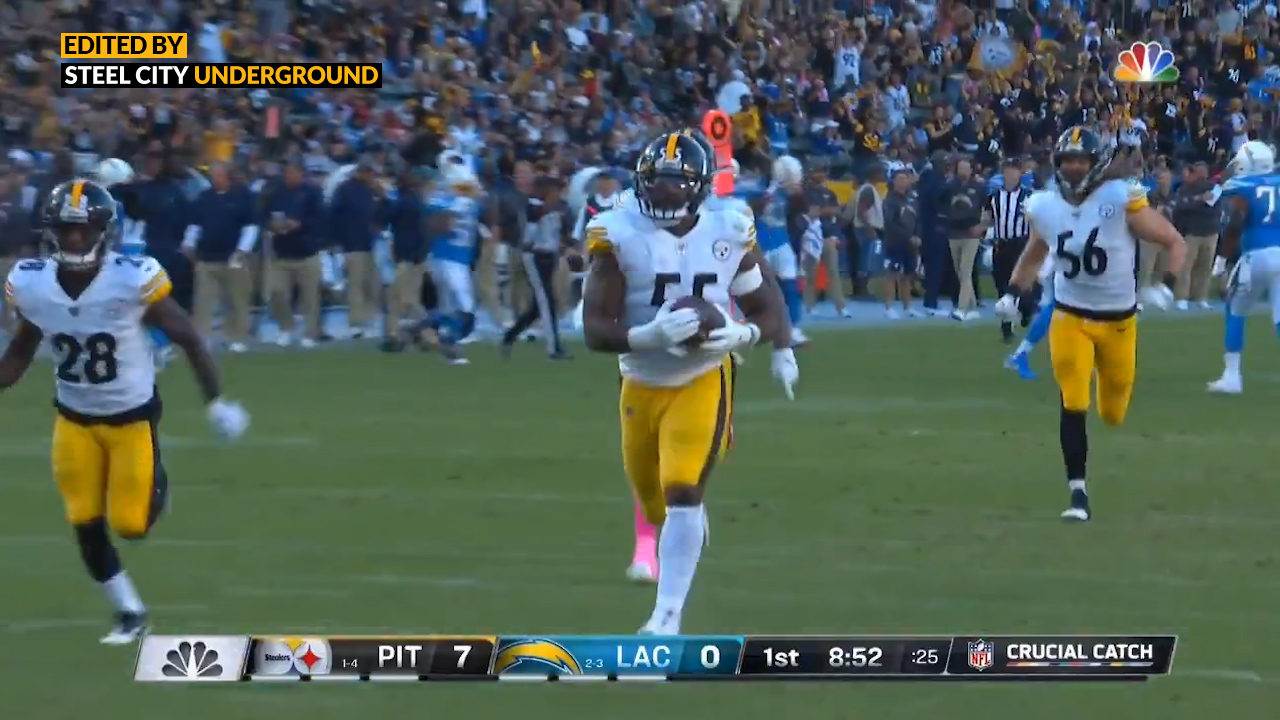 Remember all of that talk about the Steelers covering receivers with linebackers and how that was a bad thing?

That may have been true since Ryan Shazier’s injury left the team with less athletic pass defenders, but we have now entered the era of Devin Bush in 2019: and the Chargers found out the hard way that things have changed defensively in the Steel City on Sunday Night Football during the 2019 season.

Back in Week 6 the Steelers were entering Los Angeles with a 1-4 record, recently losing to the Baltimore Ravens in an overtime battle that also saw them lose their second starting quarterback, Mason Rudolph, to a gruesome hit that left him in the league’s concussion protocol.

The team called upon undrafted rookie Devlin Hodges as their starter – and he was going to need the full support of his squad to help them secure a road victory.

The game started out in the right direction for the Steelers, who went up 7-0 due to a Philip Rivers miscue earlier, which led to a Steelers defensive score. Rivers would have another snafu soon, in which the Steelers defense could capitalize.

Rivers stepped back to pass and fired for one of his favorite targets, WR Keenan Allen… and instead finds the rookie Devin Bush lying in wait.

Bush, who was also responsible for picking up the backward pass earlier and returning it for a touchdown, made the most of his opportunity: all in the first quarter!

His performance would put him on a short list of Steelers defenders to have a fumble recovery, interception and touchdown all in the same quarter: last accomplished in 2003 by Deshea Townsend!

And a little nugget: Per ESPN Stats and Info: Devin Bush is the first Steelers player with a TD, interception and fumble recovery in the same game since Deshea Townsend in 2003 Week 16, also vs the Chargers.

The Steelers would go on to win the game by a final score of 24-17.