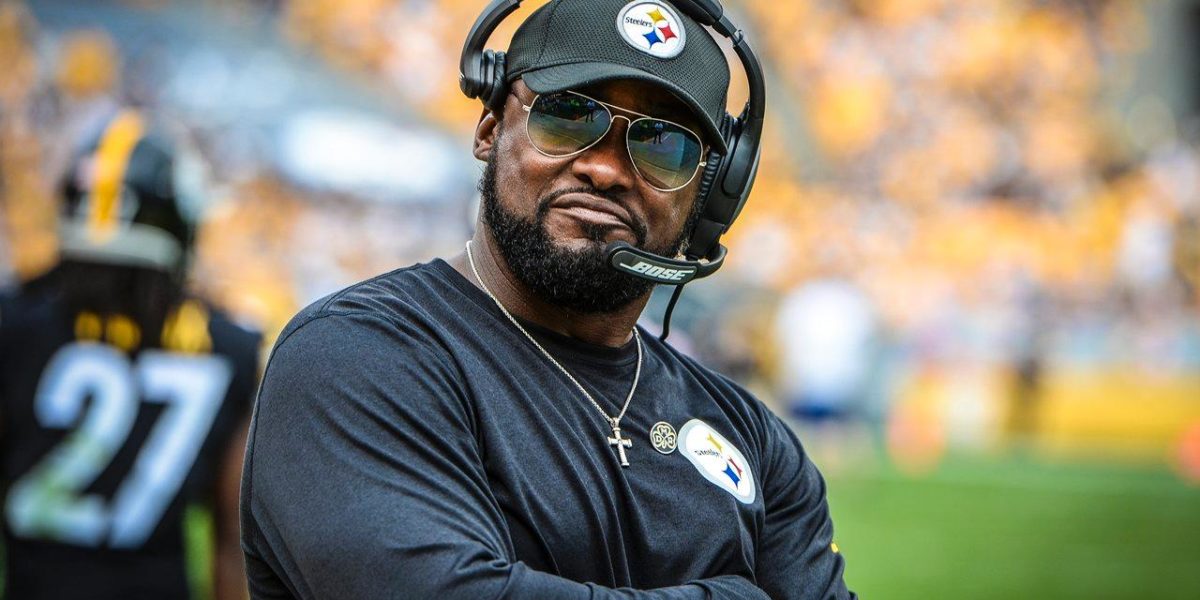 Once in a while, we take a deeper dive into a topic of debate by Pittsburgh Steelers fans. One of the hottest ones over the past two-to-three seasons has been whether or not head coach Mike Tomlin is considered top-tier successful when rated against his NFL coaching peers; has he lost his edge, is he in a slump, does he really has control of his players, can he still get Pittsburgh to the Super Bowl, and will 2020 be the year that he gets the black and gold back into championship mode? The debate is subjective; everyone has a different way of measuring success. In this article, we’ll look at how Tomlin compares to some of the NFL head coaches that often grace the top-tier lists by fans and experts.

A debate over “best coach” in the NFL, including historically, could get very complicated due to all the factors that would need to be considered. Sifting through statistics to determine which ones carry more weight would be the biggest hurdle to a definitive ranking. Then you’d need to consider if wins, win percentage, winning seasons, playoff appearances, divisional championships, and Super Bowl titles are “the” stat that matters the most. And how far back do you go in professional football history? Do you go back to pre-Super Bowl days, or not? That doesn’t even take account of how an individual coach dealt with personal tragedy, team adversity, player injuries, or a laundry list of other qualities that fans might use to determine why an NFL coach is “the best”.

Let’s look at dominance when it comes to coaches that led teams that have won the most Super Bowl championships (1967-2020) since that’s a very popular fan determiner. The Pittsburgh Steelers and New England Patriots are the two teams with the most Super Bowl wins (6). The San Francisco 49ers and Dallas Cowboys have five, with the Green Bay Packers and New York Giants claiming four. We’ll stop there to give a manageable sample size.

The problem with using this as the sole determiner is that it does not take into account coaches that won championships before the Super Bowl era. It also doesn’t take into account the number of times those head coaches got their teams into the playoffs or their playoff win-loss record. It also overlooks head coaches who are ranked by total wins and winning percentage.

Tomlin’s first coaching gig in the National Football League was as a defensive backs coach for the Tampa Bay Buccaneers (2001-2005) who led the NFL in total defense (fewest yards allowed per game). During his time with the Bucs, their defense never ranked lower than sixth overall in the league. In January 2003, the Buccaneers grabbed five interceptions (three returned for a touchdown) and a Super Bowl XXXVIII championship.

When he joined Brad Childress and the Minnesota Vikings as a defensive coordinator in 2006, Tomlin helped coach the NFL’s eighth-best defense (overall) that was ranked at the top of the league against the run but sat at the bottom against the pass.

Some fans feel that Tomlin is a “defense coach” because of those executive positions but he played wide receiver at William and Mary and began as a wide receivers coach at the Virginia Military Institute. Does he understand defensive backs? Yes, in part, due to playing head-to-head against them and then through drawing up schemes and personnel assignments. That doesn’t mean he knows nothing about offense, however. 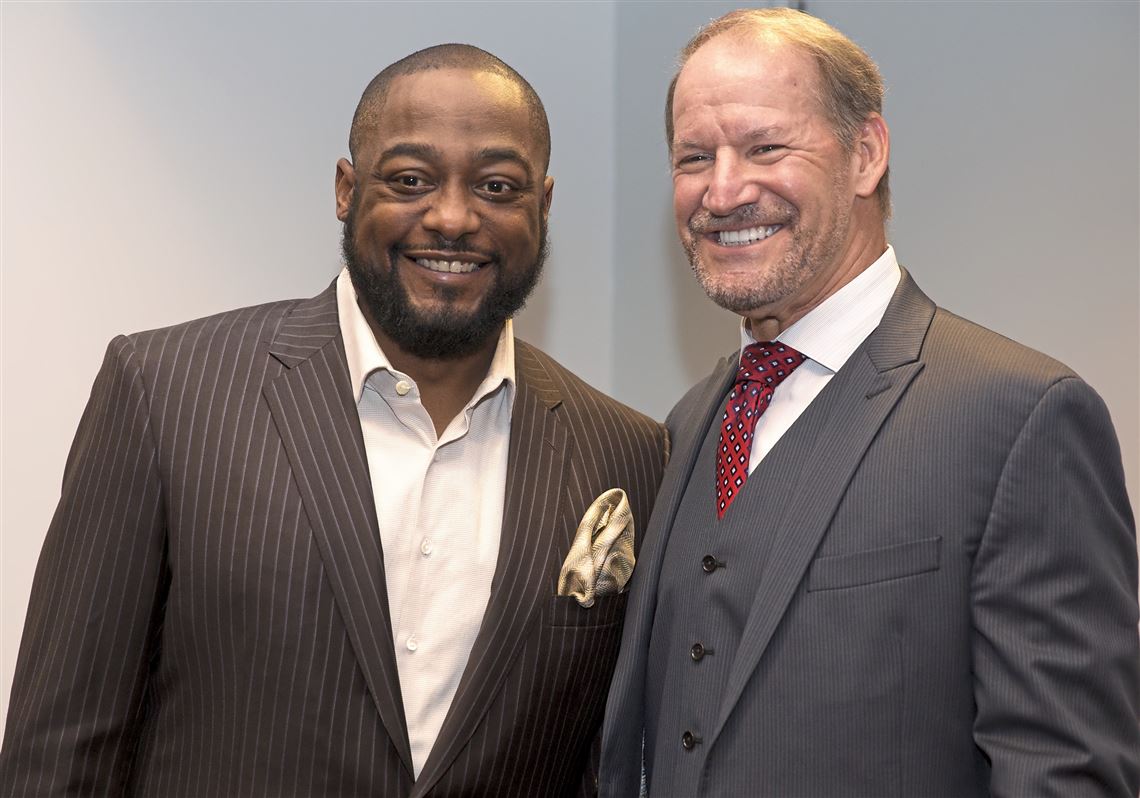 When he was hired as head coach under the Rooney family in Pittsburgh in 2007, Tomlin got off to a hot start. The Steelers won the AFC North after finishing his rookie season in that position with the top-ranked defense in the NFL; the team has a 10-6 win-loss record but lost to the Jacksonville Jaguars, 31-29, in the first round of the playoffs.

By comparison, Tomlin matched the rookie coaching season record of 15-7 held by Bill Cowher and the NFL’s all-time-win-leader Don Shula. The following table illustrates how the three men who held that distinction compare side-by-side throughout their careers. Tomlin would take the Steelers to the Super Bowl the very next year.

Add Chuck Noll into the conversation:

Even though it appears that Noll was the best of the three Steelers head coaches in several categories, he was with the Steelers longer and actually had a losing season record in seven of the 23 seasons with the team.

While Tomlin did inherit a few players who’d played under Cowher, it wasn’t the entire roster. Tomlin did, however, rely on several members of the coaching staff he chose to keep; notably, Dick LeBeau who had a very different philosophy than Tomlin did about the Steelers defense. Still, with changes to staff and players who’ve come and gone, under Tomlin, the Steelers have never had a losing record in any of the seasons he’s been the head coach.

Does Tomlin have what players want in coaches?

Communication was listed by nearly every player interviewed. Honesty was also listed often. Leadership and loyalty were possibly the next highest thing players want in a head coach. Tomlin is teased for what many fans consider to be ‘Tomlin-isms’ and the media consider cliché, but he isn’t afraid to be honest – even brash – or explain things in-depth. He doesn’t always give the media the time, or answers, they want but he will clarify things and defend his team and players.

Tomlin likes to stick to the business at hand: getting his team ready to play at a high level. It didn’t stop Tomlin from going head-to-head with Stephen A. Smith publicly for the way quarterback Mason Rudolph was portrayed following an on-field fight between the Steelers and Cleveland Browns where Myles Garrett used Rudolph’s helmet as a weapon during the fray, allegedly because Rudolph used language that was deemed ‘racist’ by Garrett.

Tomlin’s character has been praised by both past and present players. They often mention that he not only has the resume of winning that they respect but that he deals with their work in an up-front manner that is honest and direct.

“Every team except one in the NFL [the Patriots] would love to have him. His resume speaks for itself. That’s what I want out of a coach.” – Anthony Chickillo

“A great coach has the ability to develop a bond with the team, express their love for the game and motivate the guys before every game,” veteran Calais Campbell said in the NFL article. ” They usually hold “keep it real” meetings to ensure players know where they stand at all times. Great coaches know how to push the guys’ buttons and have the hard conversations. And they always keep their word.”

“He has to be able to command the respect of the staff and players,” said Demario Davis of the New Orleans Saints. “He doesn’t accept losing or a losing culture. Winning is the most important thing.”

The antics of Antonio Brown and Le’Veon Bell initiated a narrative by fans and the media that Tomlin has lost his locker room. What happened was just the opposite. After losing Ben Roethlisberger to injury for the 2019 season after just two games, the Steelers could have just tanked and written the season off. Instead, Tomlin continued to express confidence in his players and pushed them to keep fighting. Pittsburgh was able to put together eight wins in ten games despite an anemic offense due to injuries and personnel rotation thanks, in large part, to a defense that had heart despite fatigue from spending too much time on the field.

In the end, it really depends on how one would qualify a coach as ‘top tier’ but, in my book, there’s a reason why Tomlin has earned the respect of so many other coaches and players in the NFL – he is who he is and doesn’t back down from a challenge and keeps finding ways to get the Steelers winning seasons. That appears to equate to being one of the best coaches in the league in my book.