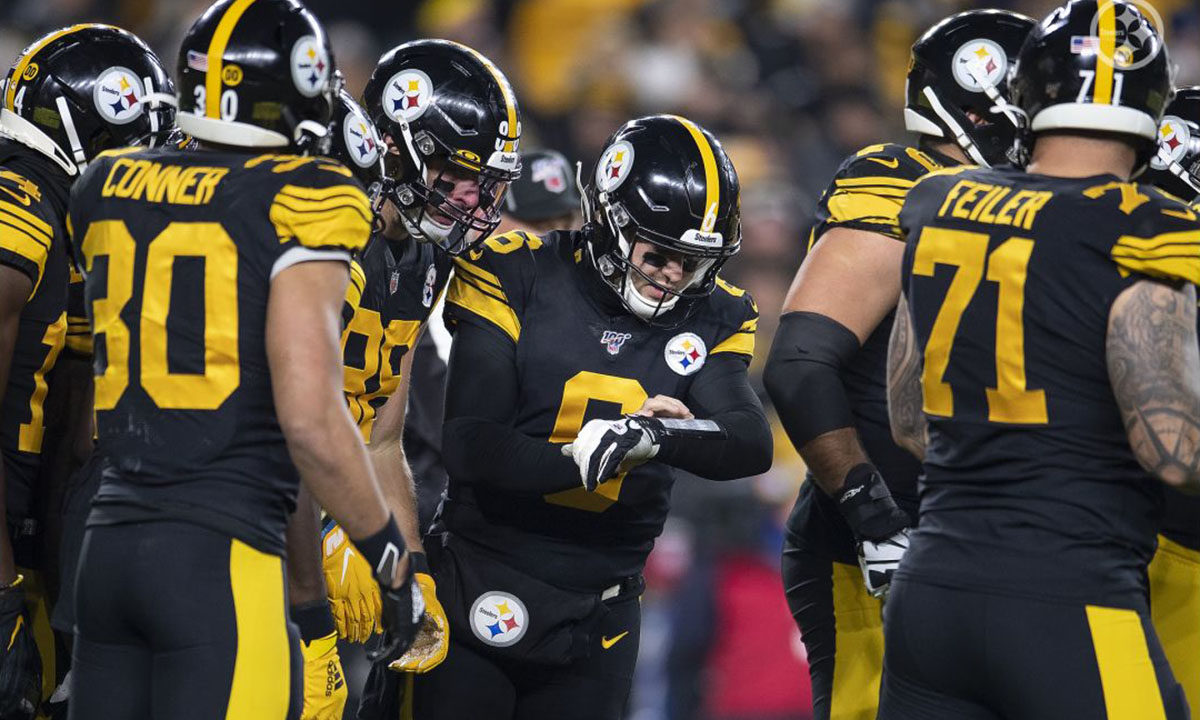 Two unlikely teams were battling for playoff berths when the Steelers final home game of the season against the Buffalo Bills was flexed to primetime for Sunday Night Football.

The Steelers were unlikely team due to their 0-3 start, and having lost their franchise quarterback Ben Roethlisberger for the entire season back in Week 2.

The Bills were an unlikely team because they had been for a long period of time.

That much was obvious by the Buffalo fans who made the short trip to Pittsburgh. Many of the Steelers faithful were anything but, selling off their tickets to allow the Bills fans to be as rowdy as their perception that precedes them.

Seriously, it didn’t look like they have been “here” before: primetime and in a position to make the postseason.

Unfortunately, that was the same look on the field for the Steelers, particularly their offense which was led by quarterback Devlin Hodges. “The Duck”, as he had been nicknamed for being a champion duck caller, would fall out of favor with fans following a four-interception performance in this game.

The first of those picks came early on during the Steelers first possession, but Buffalo nor Pittsburgh could put any points on the board in the first quarter. The Steelers offense’s second drive went three-and-out for zero yards: a two-yard Benny Snell run was followed by a negative two-yard pass to Johnny Holton on a would-be screen play and a zero-yard gain by TE Nick Vannett.

The woeful display was followed by an awful 22-yard Jordan Berry punt that started the Bills on Pittsburgh’s 40-yard line, and led to a 9-play, 40-yard drive that ended in a Josh Allen touchdown.

The late night nerves wore off for a 34-yard Hodges to James Washington pass on the very first play of the next Steelers possession, only to see Hodges fumble on the next snap, recover, and see it negated due to a defensive offside penalty as Buffalo brought the heat to Hodges all evening.

The Steelers even attempted the old wildcat tricks with Jaylen Samuels, who lost three yards and caused Mike Tomlin to burn a timeout in the process with only a few minutes elapsed in the second quarter.

The drive would end in points, however, as Chris Boswell made good on a 49-yard field goal attempt.

Then things got crazy.

Josh Allen would be picked off on a deep pass by Steven Nelson, who returned the ball 33 yards to Buffalo’s 20-yard line. With the running game non-existent due to Buffalo not respecting the Steelers passing game, the Black and Gold tried more trickery with a direct snap to James Conner… who fumbled, recovered, then handed off to Diontae Johnson… who then lost a fumble to Bills DB Jordan Poyer.

That series effectively sent both teams to the locker room at half, with the Bills up 7-3.

The Steelers made adjustments at halftime and came out better prepared with a 7-play, 69-yard drive that saw Devlin Hodges complete passes and James Conner juke defenders, ending in a touchdown.

Still, the jitters were there on this drive as Johnson once again fumbled (but would recover the ball and keep the drive alive).

The Steelers were now up 10-7, but would never see the endzone again.

A Hodges pass intended for Johnson would be picked off and lead to an unusual 7-play, zero-yard series for Buffalo which culminated in a Stephen Hauschka field goal to start the fourth quarter with a tied game.

Buffalo would pick on the Steelers offense some more as the game progressed. The Steelers would punt on their first pair of drives in the fourth quarter, running all of six plays for a net of two total yards.

This allowed the Bills to pick up the go-ahead touchdown on a 6-play, 70-yard series and go up 17-10… but Pittsburgh wasn’t done yet.

A three-and-out with half of the quarter left before the end of the game made it appear that way, but the Steelers defense would rise again and force their own three-and-out as Buffalo ran three straight rushing plays that got them practically nowhere.

Devlin Hodges showed some poise gain, completing three straight passes and then a deep ball to James Washington as the Steelers got closer to the redzone.

Mismanagement then consumed their momentum as a delay of game penalty set them back five yards, and then an incomplete pass and sack setup a 3rd-and-20 situation from the Buffalo 36.

Hodges would connect with Vannett for 13 yards as the two-minute warning gave the Steelers time to prepare for an all-or-nothing 4th-and-7 play: where Hodges would be intercepted by Poyer, this time looking for Deon Cain.

The Steelers somehow got the ball back quickly however, as a three-and-out and using all of their timeouts gave Pittsburgh hope.

A 31-yard punt by Buffalo furthered those dreams, and 1:31 on the clock gave Hodges one last shot at redemption as the went for broke.

A facemask penalty got the Steelers down to the Buffalo 37, and they would inch as close to as the 26 before Hodges was sacked for a loss of eight yards, and then rushed into a throw with 15 seconds left in the game – the errant pass would be intercepted, giving Buffalo the seven-point victory.

Turnovers proved to be the deciding factor in a defensive back-and-forth as the Bills triumphed 17-10, snapping the Steelers three-game winning streak and setting the stage for them to slide out of the playoff picture with only two more games remaining in the 2019 season.