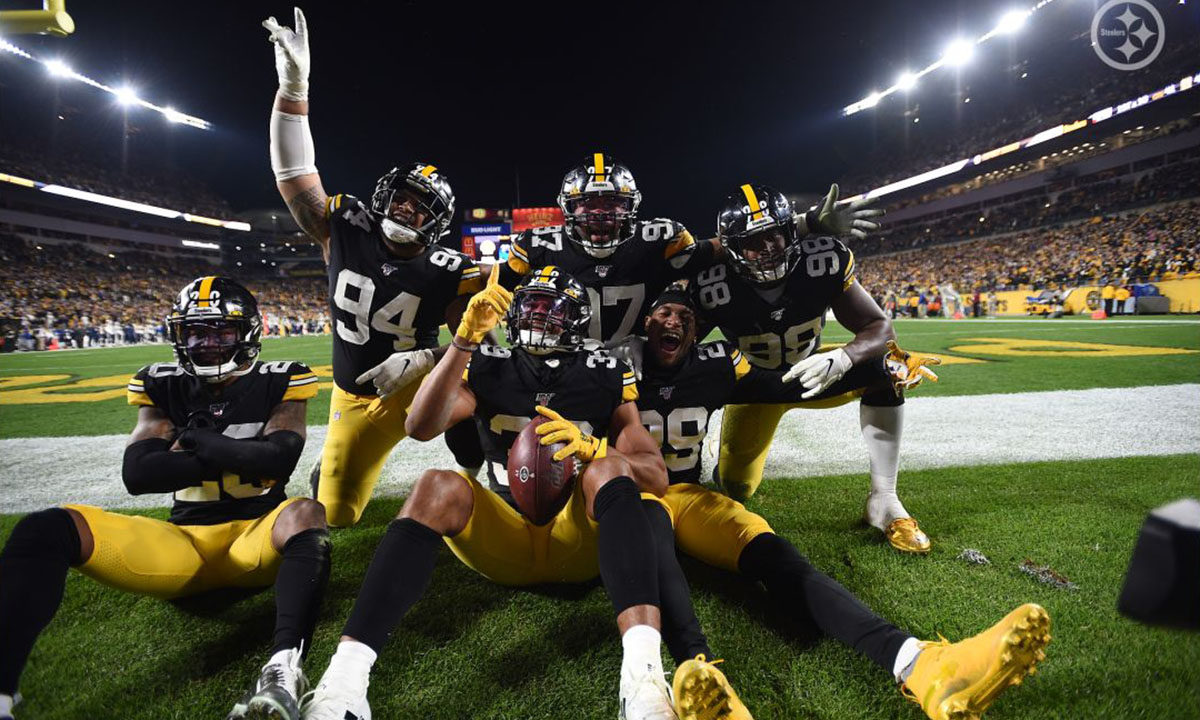 An annual tradition here at Steel City Underground is to analyze the Steelers current roster and come up with some of the best bets, as well as some of the riskier investments, in updating the black and gold portion of your closet.

Which Steelers jerseys, that is, players, are worth purchasing ahead of the 2020 season?

Let’s have a look at those uniforms you could safely wear for seasons to come, and those you might want to avoid buying until further notice.

Note: this “in-depth” analysis only pertains to current Steelers. Proceed to wear your Jack Lambert, Jerome Bettis, or Troy Polamalu jerseys without worry!

Big Ben just came out and said he wants “Lombardi’s”, meaning multiple. He also mentioned that he has not considered retirement with his offseason and feels stronger than ever due to his current training regimen.

A future Hall of Famer, you can safely purchase Ben’s jersey now and wear it until the numbers fall off.

Two incredibly popular Steelers are entering a contract year, in a season already filled with uncertainty.

Unfortunately, one of those players had the hottest-selling jersey just a few short years ago (Conner).

It’s possible that either, or both, Conner or Smith-Schuster are no longer with the team in 2021. Buying their jersey now is a risky investment.

The first-round pick of the same draft as Conner and JuJu, Watt enters the fourth and final year of his rookie contract which will be optioned for a fifth-year and likely extended in a market-setting new deal for last year’s runner-up as league Defensive MVP.

Watt figures to be a big part of the Steelers defense for a long time to come.

This is a tough purchase, because there’s still a part of me that thinks Minkah could swap his jersey number from 39 back to the 29 he’s worn with the Dolphins and in college.

The precedent is there, however, with several Steelers defensive backs switching numbers the season before, including Joe Haden, Mike Hilton, and the man Minkah replaced, Sean Davis.

I add the “flip a coin” suggestion as a buy beware: the name on the back is well worth a purchase, but the digits could change.

I’m not sure that anyone was flocking to go buy a 48 jersey the last few years, but after a breakout season, Bud Dupree may have gained a fan following.

Currently playing under a one-year franchise tag tender, until Dupree signs a long-term deal, this is a jersey I wouldn’t want to invest in just yet.

A first round pick with a lot of pedigree, Bush had an outstanding rookie season and is primed to build on it in year two.

That means he has three more years left on his rookie deal, and potentially one extra if he is optioned for a fifth season: that means at least three or more years of rocking a rising star’s jersey.

One is a Pro Bowl cornerback and the other is on the cusp of the same recognition.

This tandem is signed through 2021. It’s up to you if you’d like to invest in something you could wear for the short, or long haul.

I’d love to write about every Steelers player on the roster, but it’s not entirely necessary. I’m not sure anyone if flocking to get a custom Jordan Berry jersey, but I will leave some opinions below on some players not already noted:

Home, Away, Color Rush or Throwbacks?

Ah, the big question aside from “who” is “what”?

I’m of the superstitious set who likes to wear what the team wears on game days, but if you’re going to pick any jersey from those available to purchase, it should be the traditional black home jersey. The Steelers aren’t ones to tinker with the design of their primary uniforms, with a slight change to lettering over the years and the infamous font switch of their numbers when they moved to Heinz Field.

Away jerseys help you blend in against a road crowd, but I’ve never been a fan of trying to keep white clothing clean. If you eat buffalo wings on Sundays, it may be best to avoid trashing your investment with a misplaced chicken bone.

The Steelers have one of the best Color Rush kits in the league, so this jersey is my second pick to the primary home uniform, followed by the throwback “block number” style: however, be wary of if the team continues to use one or both of these alternate jerseys, or introduces a new one. There is a risk your new uniform will become outdated when going away from tradition.