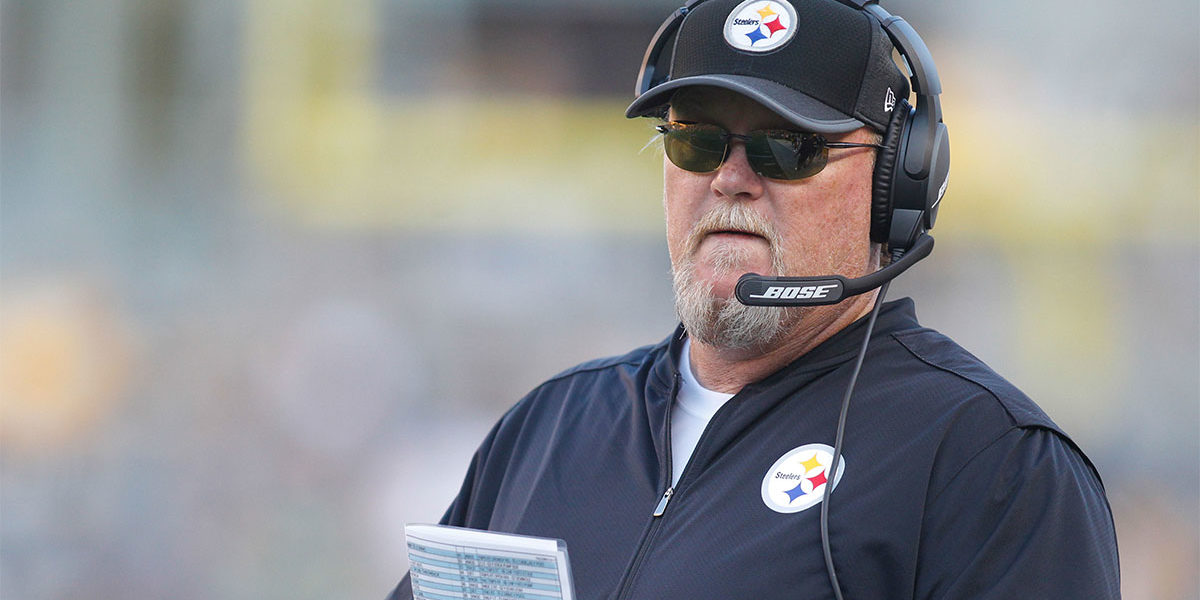 That depends on who you ask. If you’re speaking to the casual football watching yinzer, the answer is likely the same as it was when those same “fans” were upset with previous playcallers Bruce Arians and (especially) Todd Haley: they want him fired yesterday.

Such is the way fans think, and such is the way the Steelers organization doesn’t: they are keen on consistency, and Fichtner, entering his third season, has a positive year as well as a poor one to show for thus far.

Dealt a rotten hand in 2019, much like everyone else on offense, Fichtner had to deal with handing playcalling duties as well as being the team’s quarterback coach; something which shouldn’t have been too difficult of a hurdle considering his rapport with Ben Roethlisberger is what got him hired to begin with.

That is, until Big Ben went down in Week 2 and never returned last season.

Fichtner was hailed as a new hire, even getting his first taste of his new position when the Steelers coaching staff was selected to coach in the 2018 Pro Bowl: the team didn’t bring the 2017 regular season OC, Haley, with them to Orlando.

From there, Fichtner improved the Steelers red zone offense while Roethlisberger led the league in passing yards, yet the Steelers missed the postseason and had to deal with other offseason headaches such as Antonio Brown and Le’Veon Bell.

With those players gone, Pittsburgh turned over a new leaf, for better or worse: the coach who was once hailed found a target on his back, swapping roles with defensive coordinator Keith Butler who wore the bullseye in 2018 but turned the defense into a top unit in 2019.

This season could be the swing season for Fichtner. The Steelers hired a brilliant offensive mind by bringing on new quarterbacks coach Matt Canada. Many feel this is a “hire in waiting” who could move up the coaching ranks, however, it’s also a move to help develop young quarterbacks such as Mason Rudolph and Devlin Hodges, each of whom may had a lack of progress due to not having a dedicated position coach in 2019.

Fichtner also gets a pass because of offensive injuries: the Steelers had three different starting quarterbacks and as many as 41 different play on that side of the ball throughout last season. A far cry from the usual mid-20’s you might see when a team is healthier – keeping in mind there’s only 11 players on the field at any given time, Pittsburgh had a shift in each position throughout the entire season.

That was hard to keep consistency fluid, especially with young, inexperienced quarterbacks.

Nonetheless, if Fichtner faulters this season, he could be on the chopping block. A poor 2020 season with healthy players may not get him excused.

However, the Steelers didn’t fire Todd Haley either: they simply allowed his contract to “expire” and did not “renew” it. A similar move was made when Haley was hired in place of Bruce Arians as well, which triggered the ire of Roethlisberger up through Haley’s departure years later.

It will be interesting to see if the same considerations are given to Fichtner, but knowing how the Rooneys run their business, I don’t see a major change coming during the 2020 season.