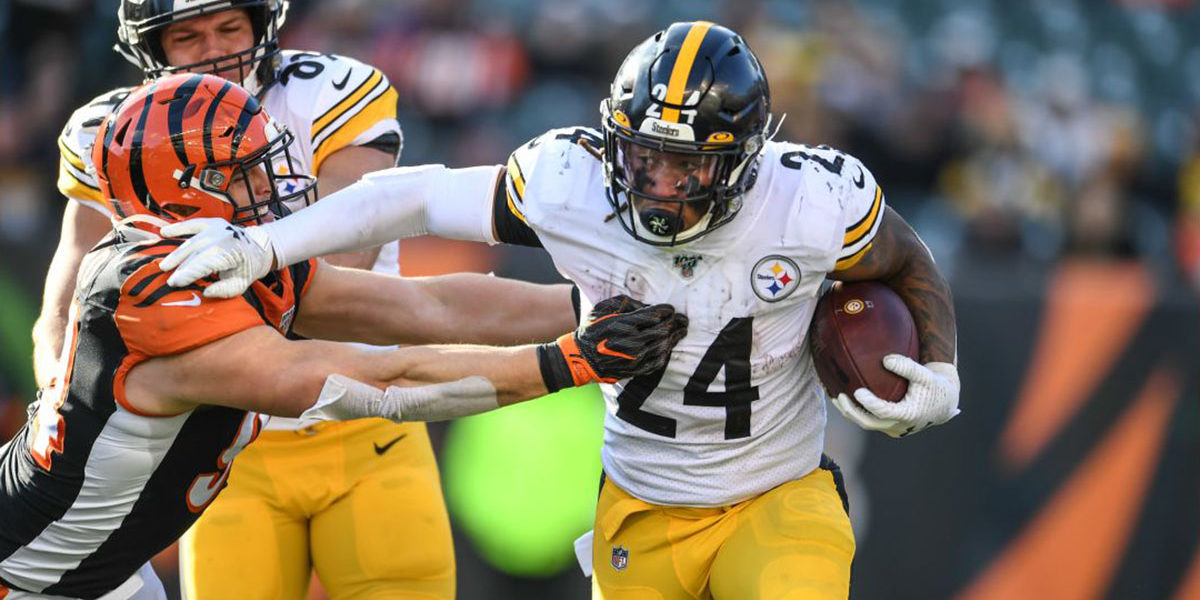 Running back by committee approach could suit the Steelers in 2020

A running back by committee or “RBBC” is when a team utilizes more than a single “bell cow” in their offensive scheme. The term is thrown around quite a bit in the current era of the NFL where many teams shy away from high dollar contracts to a single ball carrier.

Some of those franchises have had quite the success in utilizing RBBC over the last few seasons, including Super Bowl appearances (and victories) by those who have: The New England Patriots, Kansas City Chiefs, Atlanta Falcons and Philadelphia Eagles are all teams which come to mind.

Then there are teams such as the Carolina Panthers and Dallas Cowboys, who are content to run the wheels off of their star backs such as Christina McCaffrey and Ezekiel Elliott.

The Pittsburgh Steelers have never been a RBBC for quite some time. In research I did over a year ago, the Steelers had one outlying season (2012) where a single back did not dominate the lion’s share of touches in the backfield.

In fact, 2019 likely serves as another outlier, due to injuries to James Conner and Benny Snell. However, the Steelers still stuck with a “bell cow” mentality in their backfield for the better part of a decade. If you’re into sports betting and odds (and if you are, Betway NFL is a great place to start) Mike Tomlin likely won’t change: whether it was Rashard Mendenhall, Le’Veon Bell, DeAngelo Williams or Conner, Pittsburgh tends to stick with one guy and one guy only.

But could that scheme change in 2020?

Mark Kaboly, a Steelers beat writer now with the Athletic, has been deeply in tune with what makes James Conner tick. Specifically, Conner has had injury and fumble problems when he starts to hit a certain amount of carries or touches in a game.

I can’t share that precise number here, but I can show you where to find it:

I looked at every one of James Conner’s career touches to find a sweet spot of usage where his effectiveness intersects with his history of injury.

🚨 90-day free trial offer for new subscribers is still active. Click the story and enjoy 3 months on us🚨 https://t.co/HSbk1Mw8t0

For those who read Mark’s analysis, and those who haven’t, it’s no surprise that a RBBC would benefit the Steelers greatly: a fresh James Conner is a dangerous James Conner, and would keep the back healthy for perhaps a full sixteen game season while also avoiding costly fumbles which have knackered his reputation the last few years.

I also believe the Steelers are more uniquely positioned to take advantage of an RBBC this season more than ever based on their depth chart. When Conner became the starter in 2018, he went into a training camp sat out by Le’Veon Bell, who was protesting his franchise tag tender and was expected to show up as the starter at the beginning of the season.

When that didn’t occur, Conner went on to have a Pro Bowl season, yet, he wasn’t without his injury of fumble issues even then. The Steelers also didn’t have a true answer for his backup, signing veteran Stevan Ridley and swapping a “Jack of All Trades” Jaylen Samuels in Conner’s place.

The result wasn’t as effective and the Steelers opted to draft Kentucky’s Benny Snell in the following year’s draft. Snell would be banged up during 2019 as well, but also showed a lot of promise during the late season stretch when the rookie was healthy. He’s expected to take the usual (and noticeable) “year two leap” that other running backs typically develop – it also helps he lost weight, gained muscle and showed up to camp looking razor-focused on getting playing time.

Of course, the Steelers also drafted yet another running back to add to their stable with Maryland’s Anthony McFarland added to the mix via the 2020 NFL Draft. McFarland figures to be a change-of-pace back, adding speed and splash play ability to Pittsburgh’s offensive arsenal.

The aforementioned Samuels can operate as a third-down back as an exceptional pass-catcher and has always had a nose for the endzone in goal line situations. What he lacks as a “bell cow” himself he more than makes up for in adding wrinkles to the offense (even if those wrinkles result in some bad Wildcat formation decisions!)

I haven’t even mentioned other players who carried the ball last season, such as Trey Edmunds and Kerrith White, each who had their own success and failure as the offense had their ebbs and fewer flows due to injuries and inconsistencies throughout the roster.

The room was further crowded when Wendell Smallwood was signed late in the offseason. Smallwood was lost in a sea of rushers with the former Redskins last year, but was a key contributor for the Eagles the previous three seasons. He figures to be more of a pass-catching back than another change-of-pace rusher and adds yet another potential weapon to Pittsburgh’s mix.

Obviously, all of these players can’t make the 53-man roster, nor would they all see the football if they did. However, there could be an opportunity for playing time depending on how COVID-19 impacts games in the coming months. With sixteen spots on the practice squad, the Steelers could theoretically have more than their usual one or two running backs in reserve.

The other obvious factor is if Mike Tomlin and his staff finally make a switch in how they distribute snaps to their backfield. Tomlin has had past success in using Willie Parker and Mewelde Moore in a time share: the result was the coach’s only Lombardi Trophy.

The question remains if the team will pull the trigger on such a decision.

If it could preserve all of the backs and offensive production remains consistent, then there’s no reason the Steelers shouldn’t attempt a RBBC approach. Based on the past several years they have been snake-bitten whenever their primary back has gone down for more than a game; including promising postseason teams which then lost Bell or Williams as well.

With Conner also entering a contract year, it may be worth the Steelers time to invest in the future, should they believe Conner won’t return in 2021.