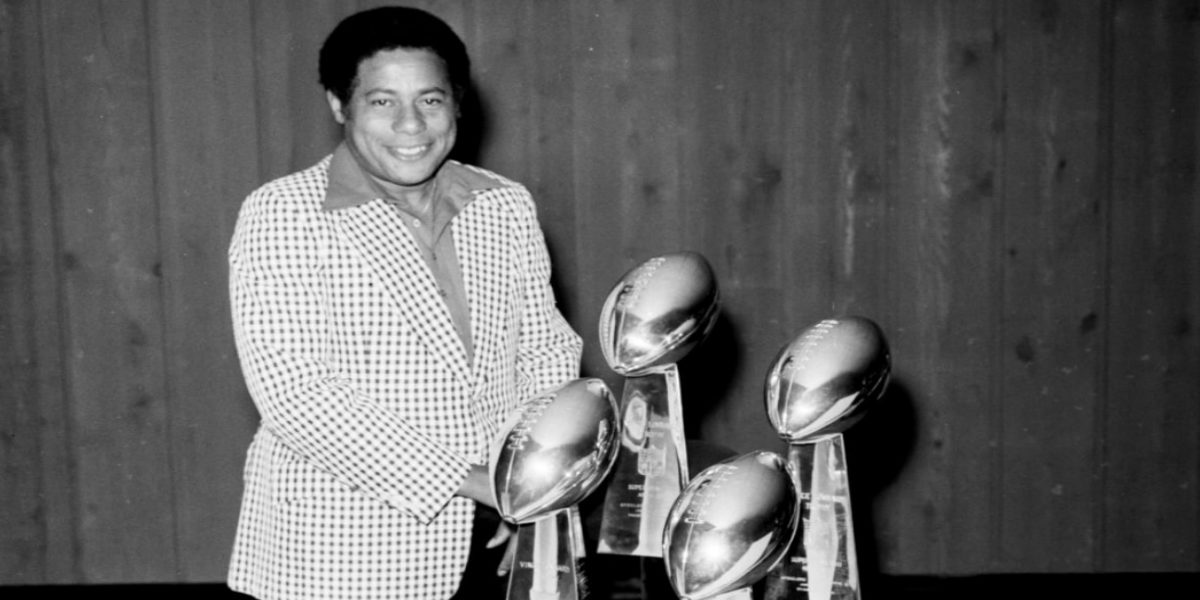 Every week, we look for a topic in Pittsburgh Steelers history, whether far past, near past, or recent, that Steelers Nation fans are either talking about or things that seem to be etched into Steelers history. This week, there was only one topic that seemed absolutely to be the very definition of what Steel City Underground is proud to present. When news broke that Bill Nunn, Jr., a sportswriter and longtime pro talent scout for the Steelers, had been named a finalist to the 2021 NFL Hall of Fame, fans, players, the organization, and those of us who cover the team and organization as members of the media raised a unified, elated cheer.

BREAKING: Former @steelers "Super Scout" Bill Nunn has been selected as a Finalist for the Class of 2021. #PFHOF21

As a sports reporter, Nunn was unable to join other members of the media in the press box due to racial discrimination of the time period. He would get his first opportunity to do so in May 1950 but still faced the challenges of being allowed in the press box when a team that rostered a player of color faced the Pittsburgh Pirates baseball team. Undaunted, Nunn appreciated the fact that no one turned the event into a big deal because he wanted to be seen as just another member of the media, not as an African-American media guy. Nunn wasn’t one for the spotlight; he wanted to make his way without being under any social microscope.

Nunn was a man unafraid to bridge gaps, however, and joined the Steelers in 1967. Being familiar with historically black colleges and universities, and having seen plenty of athletes of any mix of races and skin tones, Nunn became a member of the Steelers’ staff full time in 1969 under head coach Chuck Noll. “I was putting together the black All-American football team, had a lot of contacts at the black schools,” Nunn said in a 2006 interview. “I did some part-time work for Dan (Rooney)… then I joined the Steelers full time.” He was undeterred in finding the best athletes regardless of their skin tone.

“Chuck (Noll) always said he wanted me going everywhere,” said Nunn in an interview with Teresa Varley. “Art (Rooney) was concerned about my treatment at white schools. I wasn’t that concerned, but Art was a little reluctant. But my treatment at the schools was really good. Blacks were starting to go to these schools in small degrees so it was becoming more common. They were very cordial.”

Nunn spent 46 years with the Steelers as both a personnel executive and a scout. He was largely responsible for helping stack Pittsburgh’s roster with the Super Bowl players from HBCUs between 1974-1979. Noll and Nunn didn’t always agree, though, when it came to players the Steelers should target at what position, even though Nunn credited Noll for making him feel comfortable as a scout for the National Football League. “We didn’t agree on Mel Blount,” Nunn admitted in 2007. “I thought Mel should have been a safety because he was so tall. Chuck went and got film and said he was going to play corner. What I didn’t take into consideration was the bump. Mel could control it.” Nunn elaborated on the fact that despite the concerns he expressed, Noll would typically tell him to “just find athletes” and the coaching staff would do what was needed to teach the game.

Class of 2020 Member @donnie_shell described Bill Nunn's relationship with the players during his career with the @steelers. pic.twitter.com/EBp67msyoc

“You look back at the picture, and a lot of guys wouldn’t have made it if not for him. What a great legacy, to have opened that door… Along with being a writer and communicator, he had the gift of identifying talent. When Bill was scouting, you’d find some diamonds in the rough in black colleges.” – Donnie Shell on Bill Nunn

Nunn helped discover more than a dozen players from HBCUs between 1969 and ’74. The Steelers’ Super Bowl IX team was represented by 27-of-47 players of color. Yes, most people are aware that Nunn was primarily responsible for finding Blount and John Stallworth, but Nunn was proud to have discovered L.C. Greenwood (10th-round pick, Arkansas A&M, 1969). “Here was a guy hardly anybody knew about,” Nunn said in a 2010 interview. “You could see the athletic ability. He was undersized but had quickness.”

“What a great moment to see the realization of time when a truly deserving person is fairly given the highest honor in football,” John Wooten told Jim Trotter (NFL). “Bill Nunn is truly a great contributor to the HBCUs, the six-time Super Bowl champion Steelers and the NFL as a whole. The league is a better place today because of the work of Bill Nunn.”

Happy to hear Bill Nunn is finalist for the Pro Football Hall of Fame. He was a great scout and a man of great character. He was my mentor and friend.
More importantly he was a servant leader. One who is motivated by love and humility but demonstrated by example.

The bench at Saint Vincent is an appropriate remembrance, but the Pro Football Hall of Fame is an honor Bill Nunn richly deserves. If there was a Human Being Hall of Fame, he’d deserve that, too. That he’s the fIrst scout to become a HOF finalist is fitting, albeit long overdue. pic.twitter.com/fRD2M2ooCh

Undoubtedly, Bill Nunn deserves to be honored by being enshrined in the Pro Football Hall of Fame. His pioneering work helped shape a Pittsburgh Steelers dynasty in the 1970s that fans, even those who have never heard his name or were born after his death, can still appreciate in 2020 and forward. The success of the Steelers over the years was, in large part, due to forward-thinking when it came to athletes that may not have been looked at twice because they didn’t come from a major conference school. The Steelers have become one of the most successful franchises in NFL history, and longest-running, with the help of a man who didn’t want the spotlight and chose to shine it on little-known athletes he knew had what it took to make a great team even greater.