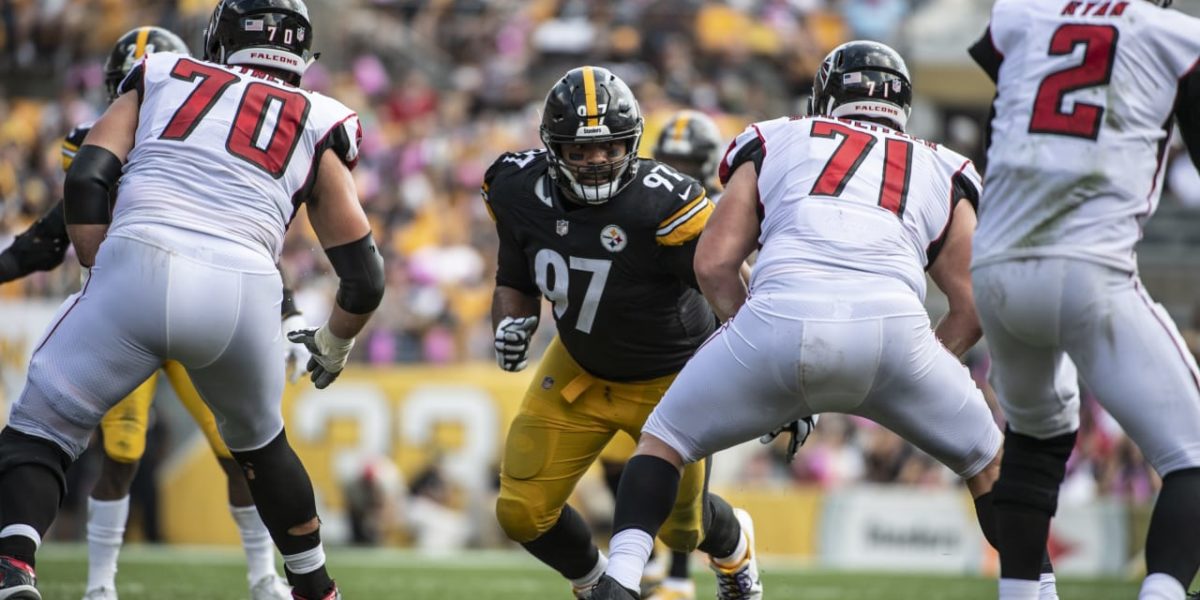 Quietly nearing the end of an unconventional training camp, the Pittsburgh Steelers made some adjustments to their salary cap by restructuring G David DeCastro’s contract to free up salary space – which was assumed to be able to add a few more returning bodies to their roster, such as Sean Davis and Joshua Dobbs.

On Sunday evening, however, Pittsburgh dropped a bombshell by announcing a new deal for long-time defensive end Cameron Heyward:

As part of his four-year extension (or five-year new contract), the #Steelers are giving Cam Heyward a $17.5M signing bonus. Within the first four months, he gets his signing bonus, $2.75M in a roster bonus, and $1.5M base salary — $21.75M in all. https://t.co/aqX0cBtVWo

One of the conventional things the Steelers do is to not re-sign players or talk contracts during the regular season. It’s during the training camp and preseason period where we typically hear of money moves.

However, with the unconventional way this summer has played out for NFL teams, and the uncertainty of what a salary cap may look like in the seasons ahead, the Steelers were practically silent about any future extensions or signings.

Practically out of nowhere, Heyward’s contract extension dropped and it was unconventional in more ways than COVID-19 has changed team operations in 2020.

For starters, the Steelers have a reputation for “not paying up”. I always felt that this tag was unfair, as they’ve rewarded their most loyal players – Ben Roethlisberger and Maurkice Pouncey come to mind as among the highest paid at their position.

Yet for every Big Ben contract there’s an unhappy Antonio Brown or a disgruntled Le’Veon Bell that reminds fans that Pittsburgh doesn’t have a blank checkbook to work with.

That’s not the most unconventional part of this contract signing either. While there’s been no movement on others entering the final year of their deals and the news breaks a week before the team’s first regular season game, it’s Heyward’s age that sets the standard for defensive players over the age of 30 as the highest yearly average paid among them: in NFL history.

Some early critics were already questioning backing up the Brinks truck for the 31-year-old defensive end, but there’s plenty of justification for Heyward’s new deal.

Drafted in 2011, Heyward didn’t see the field much even as a first round draft pick, as the Steelers operated by having their younger players sit and learn. It wasn’t until 2013, when the team fell to 0-3 to start the season (and eventually 0-4) that Heyward started to see playing time.

From that point forward he would start in nearly every game he was eligible to. Barring an injury riddled 2016 season where he only played seven games, Heyward has started 92 of 93 contests, only sitting out a season finale in 2017 when Pittsburgh had a bye week playoff berth sewn-up against a winless 0-15 Cleveland Browns.

Those couple of seasons where Heyward was seldom used parlayed into less wear-and-tear on his body, extending his career to where he has matured like a fine wine. Criticizing his age, when defensive tackles often play much longer than other positions, into their mid-to-late 30’s in some cases, is a moot point as Heyward has been selected to the Pro Bowl in each of the last three seasons, with two First-Team All-Pro selections as well.

The first year he was finally recognized by the league was when he led the Steelers with 12 sacks in 2017. He was the only defensive player with double-digit sacks that season. (Vince Williams had 8, T.J. Watt, a rookie, had 7 and Bud Dupree had 6.)

Heyward would continue his trend of getting to the quarterback over the next two seasons with a total of 17 sacks in 32 games, and 29 sacks over a period of those three Pro Bowl years.

Again, critics will call out his late blooming as a red flag, but they shouldn’t, as the Steelers defensive philosophy greatly changed as in year’s past.

Defensive ends were once rooted like trees in the trenches and seldom encouraged to seek the quarterback. Their purpose was to plug holes and stop the run. Of course, a clear path to the passer meant to get after him, but it was otherwise a predictable and stale scheme which started to modify as the team drifted further and further from its traditional 3-4 system to a subpackage one with more defensive backs on the field.

This gave Heyward, and others, free reign to start taking down the opposition as the absence of a nose tackle abandoned some of the more traditional 3-4 concepts installed by previous defensive coordinator Dick LeBeau.

Thus, the not-so-flashy 3-4 defensive end was finally getting noticed in the same breath as those 4-3 “edge rushers” around the league, such as J.J. Watt, because the Steelers had always relied on edge pressure from their outside linebackers and not their DE’s.

The result was Heyward’s recent reign of terror as one of the most disruptive defensive linemen in the entire NFL. While he hasn’t individually reached the heights of double-digit sacks but once, it’s the total team effort overall that counts as the Steelers have led the league (on top or tied) in team sacks in each of the last three seasons.

There’s no coincidence their production owes a debt of gratitude to Heyward – and now that debt has been paid… to the tune of a total value $75.1 million.