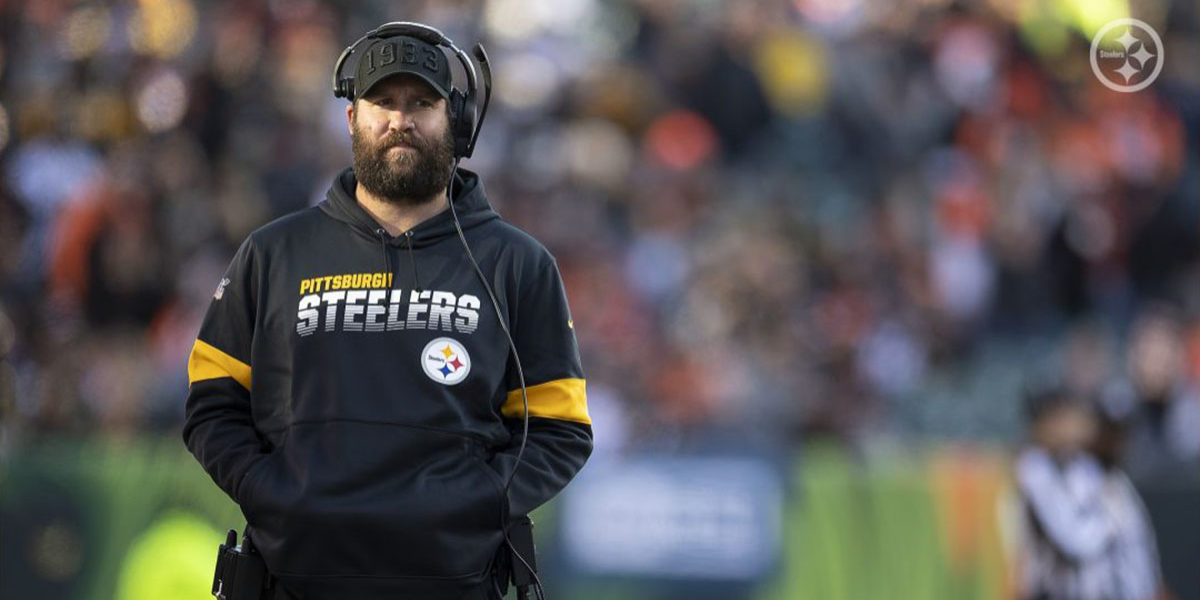 Weekly Bold Prediction: Big Ben is back – but maybe not as big in Week 1

The big day is finally upon us Steelers Nation. It felt like one year ago when Pittsburgh was in a similar position as they are tonight: a primetime, nationally televised game traveling to somewhere with “New” in the name.

But the focus then, as it is now, is on what changed. A year ago, critics were clamoring to see what Ben Roethlisberger might do in an offense without Antonio Brown and Le’Veon Bell. Unfortunately for Steelers fans, they also found out what that offense looked like without Roethlisberger too, as he was placed on IR, ending his season following the team’s second game of 2019.

This year the story remains the same. While Brown and Bell are afterthoughts in the Steel City, Big Ben is fresh on everyone’s minds. Tonight, marks his big comeback – what will the future Hall of Famer do in his return?

Much like last year’s tempered expectations of releasing two All-Pro offensive players, I don’t expect to see a whole lot from Ben. That’s not due to his health or a lack of trying – it will be jitters and self-preservation.

Despite Roethlisberger leading the NFL in total passing yards in his last full season (2018) he threw for under 300 yards in half of those games.

While the weapons are as dangerous as ever on offense, I suspect offensive coordinator Randy Fichtner has put some restrictions on his star quarterback to ensure he’s setup for success: and that means not throwing the ball 40 times.

In six games in 2018 where Roethlisberger attempted fewer than 40 passes, the Steelers won five of those games – with a lone aberration in Oakland. (Remember the X-Ray machine story?)

Ben has said he will be “shaking like a leaf” when he gets back on the field tonight. Mike Tomlin noted a lack of tightness on his spiral during this offseason.

This tells me to look for some short passes early before the Steelers uncork a long attempt to any one of their big-play receivers or tight ends. The Giants defense may get wind of a conservative Roethlisberger early, but that mistake will have them on their heels because this offense is just too good not to take a shot on an inferior opponent.

As much as we want Big Ben to put up fantasy numbers, I think the Steelers stay grounded and work in any number of their backs in goal line situations, including James Conner, Jaylen Samuels or even a quick toss sweep with rookie Anthony McFarland, who has earned positive comments from his peers this offseason for his speedy, breakaway play ability.

However, I have never been one to see Roethlisberger put up huge fantasy stats, especially early in the season. Combine that with a year off from playing and I think we’ll see some rust – but we likely won’t see the easy passes dropped as they were in New England’s opener last year.

While history tells us it’s difficult for a 38-year-old quarterback suffering from injuries to return to the field, Big Ben is tenacious enough to prove the naysayers wrong. The Steelers are betting big on their star quarterback to get the team through the upcoming Super Bowl.

Look for Big Ben to have a big impact, but also share the stage with several others in a Steelers victory on Monday night. For similar stories, visit paypal casinos in NJ.