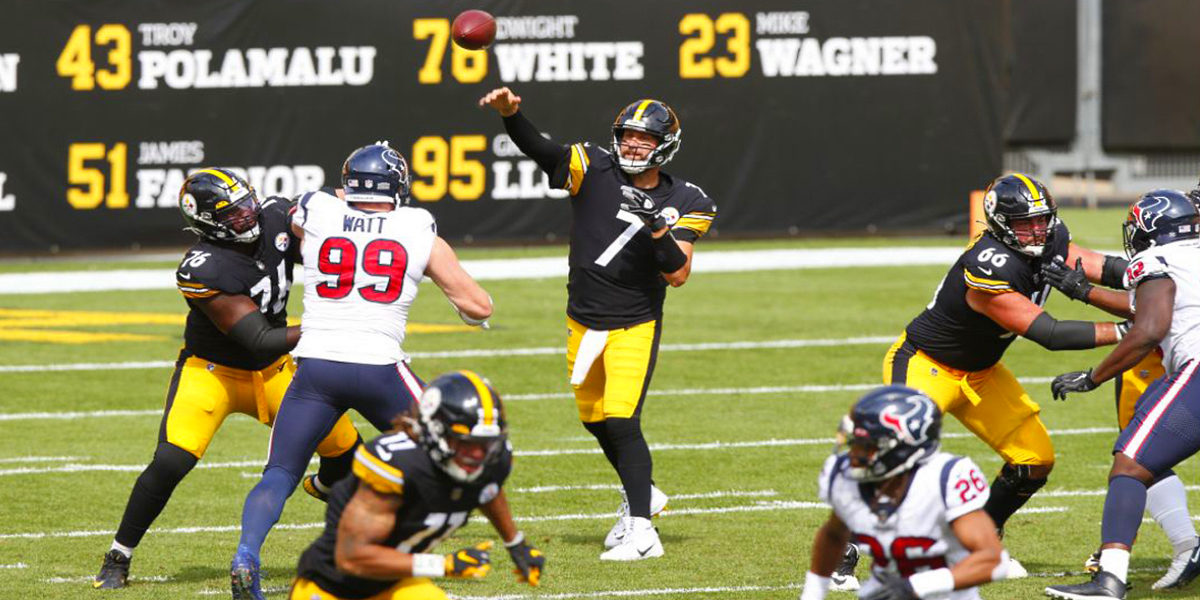 Sense of urgency is Steelers’ motivation for victories, success

The Pittsburgh Steelers have opened their 2020 NFL regular season with a three-win streak, giving credence to a lot of the training camp chatter shared by the limited media pool. Although the Steelers defense has still spent more time on the field in the last few weeks than is ideal, the offense is improving week to week and that has mainly been due to Ben Roethlisberger building trust with a bevy of talented, athletic teammates. While there have been some moments that challenged that confidence, there is little doubt that we are witnessing a Steelers team that can challenge any opponent they face this season thanks, in part, to a sense of urgency head coach Mike Tomlin feels is key to motivating his players to push hard to do what it takes to win.

“There’s a required victory for all of us week in and week out,” Tomlin said following the Steelers’ win over the Houston Texans. “I think if you’re in this league, you have to assume that’s the mentality of those you compete against, and that way you’re never shocked… We understand (opponents) have big-time urgency, but so do we”

Tomlin and the coaching staff have held players accountable for mental errors, poor ball protection, and limiting penalties while utilizing a rotation in personnel on both sides of the ball in order to be successful. That is more noticeable in 2020 than the Steelers’ 2019 squad because they’ve stayed relatively healthy early on and haven’t given up on making adjustments in-game in order to achieve success.

“We made some adjustments,” Tomlin admitted. “More than anything I like the group’s ability to adjust and communicate in the midst of it. There wasn’t a lot of blink in the group.”

While Pittsburgh has yet to completely dominate an opponent this season, they haven’t been afraid to embrace the mentality that the goal of every game is to do whatever it requires to win. Key players – especially veterans like Cameron Heyward, Mike Hilton, Maurkice Pouncey, JuJu Smith-Schuster, and ‘Big Ben’ – have shown a willingness to communicate with younger team members in order to meet the expected standard. Handling frustration, adversity, challenges, and minor injuries, this 2020 squad looks and plays as if they are fully invested in accepting the fact that there is no room for quitting.

Against the Texans, the Steelers defense was well aware of the fact that Deshaun Watson is a versatile quarterback. While they gave up some midfield plays that drew attention from fans who felt the back end was weak, they remained in a zone look that gave them the vision to keep Watson in the crosshairs and unable to use all the tools in his box. That set up opportunities to apply pressure, earn five sacks in the game, and numerous quarterback hits. It also allowed Hilton to take advantage of Watson’s own sense of urgency and grab a key interception.

The Steelers offense, led by Roethlisberger, was required to do their part in controlling the time of possession and move the ball. They took what the opponent offered them and kept pressing for big-play opportunities while remaining relatively balanced with a combo of rushing and passing. Urgency allowed a few players – like James Conner, Eric Ebron, and rookie receiver Chase Claypool – to be physical and earn extra yardage by making it challenging for the Texans defense to prevent conversions on critical downs several times during the game. By winning individual matchups, the Steelers were able to control the time on the clock and take advantage of moments when Houston made mistakes.

That sense of urgency will carry over this upcoming Sunday when the Steelers go on the road to face the Tennessee Titans in the lone matchup of Week 4 between two unbeaten teams. With teams that kick off their seasons 3-0 making the playoffs more than 75 percent of the time (since league expansion in 2002), this will be a critical game in both teams’ schedules. Add in the fact that the Titans are a 1.5 opening favorite over Pittsburgh on NFL odds, and it becomes clear that the Steelers will once again place a high priority on doing whatever it takes to be victorious.

“When we get to do the best play in football, which is the ‘Victory’, three weeks in a row,” Roethlisberger said this week, “that’s an awesome feeling.” Imagine what that would feel like if the Steelers made it four weeks in a row with success over the Titans.