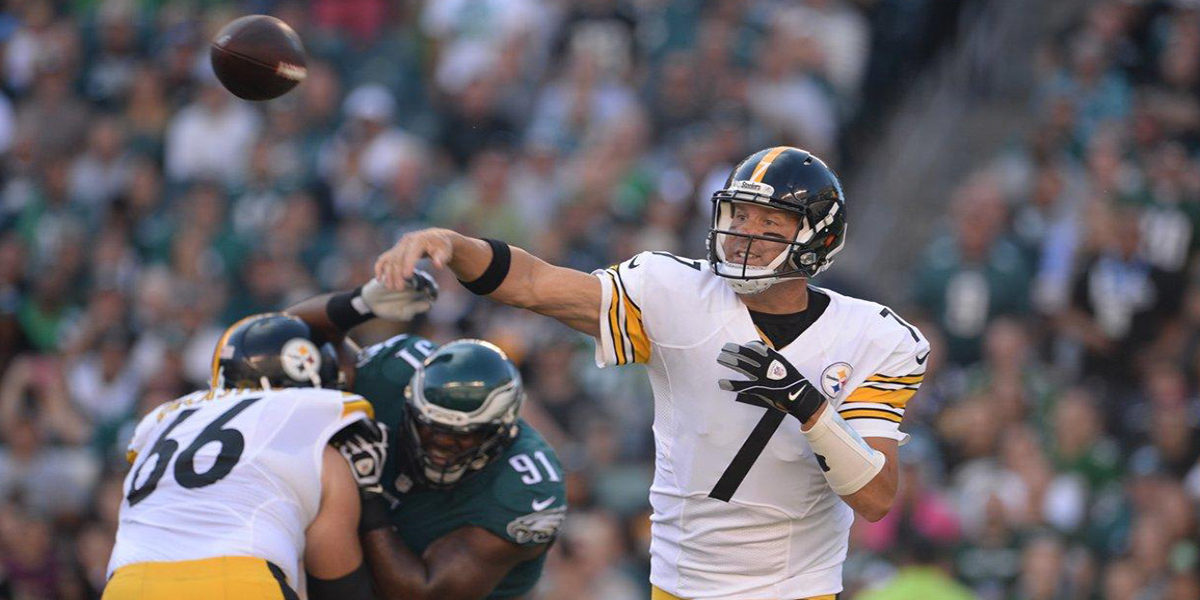 Historically, Eagles not much of an in-state rival for the Steelers

In sports, oftentimes nearby or regional teams are considered rivals. However, the Pittsburgh Steelers and Philadelphia Eagles aren’t usually considered to be such.

This Sunday’s upcoming game is being billed as a “Keystone State” matchup, but it’s the first time that the two teams (aside from preseason exhibitions) are facing one another since September 2016 – and the first time at Heinz Field since October 2012.

Due to being in separate conferences, they are only scheduled to see one another every four years, unless of course, they both make it to the Super Bowl as the champion of the AFC or NFC respectively.

In fact, the two teams have only faced each other five times this century. That encompasses names we’ll see this Sunday, such as Ben Roethlisberger and Carson Wentz, as well as Mike Tomlin and Doug Pederson. However, it also covers Michael Vick (playing for the Eagles, not the Steelers), Donovan McNabb, Hines Ward, Bill Cowher, and Andy Reid.

That’s a long span of time to build any sort of true rivalry, however the interstate cliché will still stick on Sunday, with the Eagles having won two of the last three games against the Steelers.

This Sunday may fare better for Pittsburgh, however, in that the game is not being played in the City of Brotherly Love, rather it will be hosted in the Steel City, and reportedly with up to 5,500 fans in attendance for the first time at Heinz Field for the 2020 season. The reason it’s better luck for the Steelers to play at home isn’t just the so-called home field advantage, it’s because they are practically cursed to play in Philly.

You have to go all the way back to October 24, 1965, nearly 55 years, since the last time the Steelers have won on the road against the Eagles.

That predates every Steelers Super Bowl win. Heck, it predates the actual Super Bowl, which wasn’t played until 1967!

At Heinz Field, however, the Steelers are 2-0 against the Eagles, showing how sparse the matchups really are. Heinz Field opened in 2001, thus, this will only be the third time the Eagles are playing in the Steelers home stadium since it opened.

Prior to Heinz Field, the Eagles had middling success at Three Rivers Stadium as well, winning an overtime clash in 2000 – back when overtime rules were sudden death. (The Eagles won the coin toss and kicked a 42-yard attempt to win the game, with the Steelers never getting a chance to possess the ball.)

That was with Kordell Stewart and Jerome Bettis in the lineup!

That amounts to seven total games between the two teams over a span of thirty years: hardly what one would call an “interstate rivalry”. Someone may balk after seeing the Eagles lead the all-time series, 47-28-3 – of those 78 games, as noted above, only 12 of them have come in the modern era of the NFL since 1970! (The Steelers are 4-8 since 1970 – with all four wins in Pittsburgh, of course!)

Yet, there’s still a common link between the two franchises, who combined back in 1943 (due to a lack of players who went off to war) to form the “Steagles”.

I’m sure there are also small pockets within the state of Pennsylvania where fans have leaned to one side or the other. This Sunday will be a rare opportunity for bragging rights between those fans who are closely pitted against one another, and after missing Steelers football for a week, after an impromptu bye, fans are going to be excited regardless of how many times these two teams play one another.