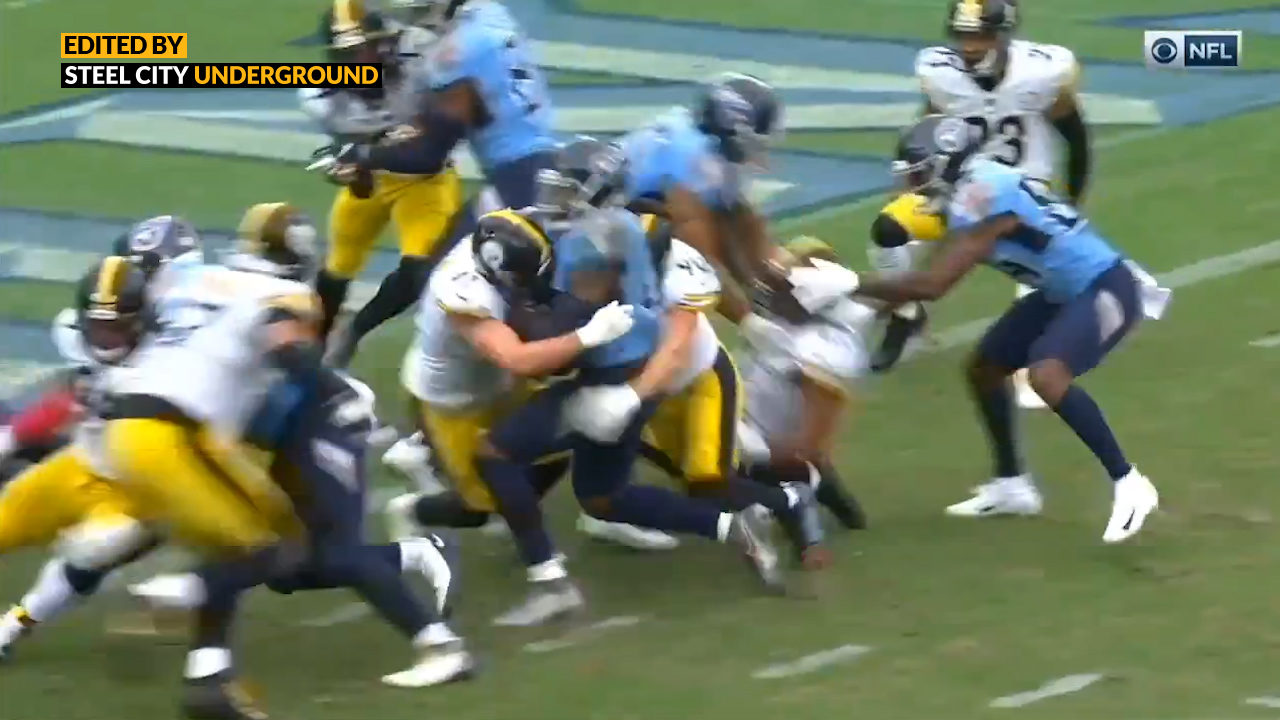 The Steelers now remain the only undefeated team in the AFC after a long and hard-fought 27-24 victory against the Titans.

While the Steelers offense performed at a high level for the first half, in my eyes the defense showed their physicality in the second half. And one play late in the game could not have summed up this team’s defensive mentality more than stopping the leagues strongest running back on the goal line.

As the Titans were at a 3rd and 1 on Pittsburgh’s doorstep, the Titans tried again to run into the teeth of the Steelers defense and Robert Spillane and T.J. Watt meet Henry and make a massive collision behind the line of scrimmage. Both backers slam Henry down with a tremendous pop.

Spillane smacked him so hard that he would exit on the sideline to check on his shoulder.

This one play showed me three things:

While the second half made many of us grab the nitroglycerin pills to prevent us from having heart attacks, the Steelers were gifted a break by the football gods that sealed the deal at the end of the game.

However, the Ravens are next week and they do need to clean up some things if they want to dominate their biggest rival. If the Steelers bring the ferocity they displayed against the Titans to next week, we may have a game that harkens back the glory days of the Steelers and Ravens rivalry.

On to next week where the Steelers can take control of the AFC North.