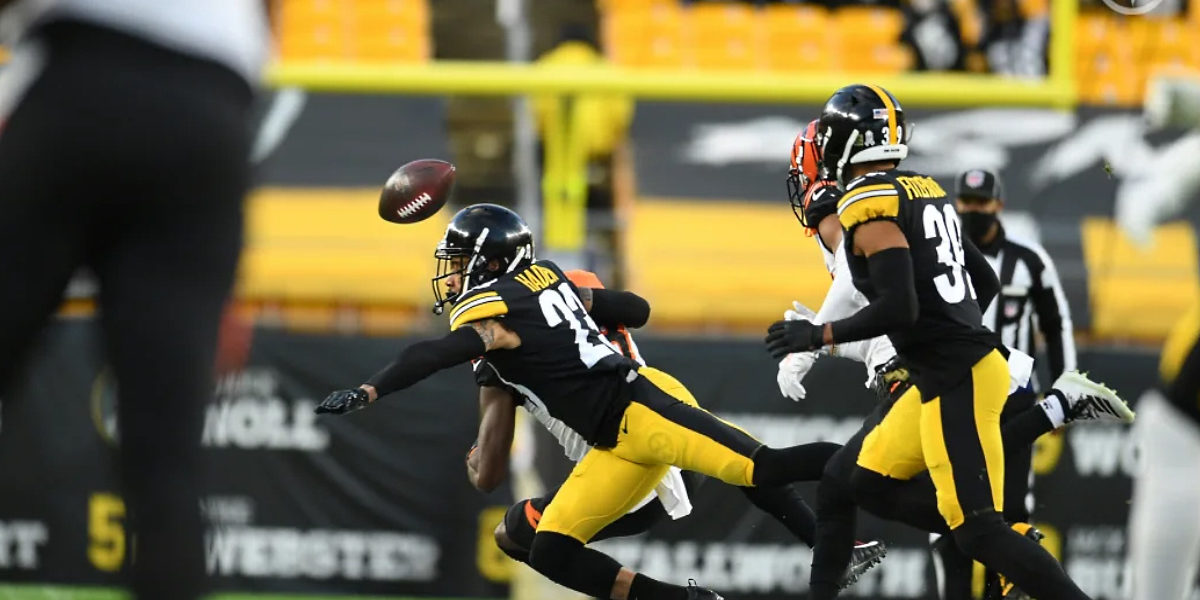 5 Steelers to watch against the Jacksonville Jaguars

Before every game of the 2020 NFL regular season, Steel City Underground will do a full-roster analysis to find five Pittsburgh Steelers players to keep a special eye on when watching on game day. This week we focus on the Steelers we think will make a difference in the game against the Jacksonville Jaguars.

The Pittsburgh Steelers have finally put to bed the idea that they will play ‘down’ to a lesser opponent by defeating the Cincinnati Bengals to take a nice lead in the AFC North. In Week 11, the Steelers travel to take on the 1-8 Jacksonville Jaguars. Last weekend, Ben Roethlisberger targeted and hit six different receivers while Pittsburgh maintained a healthy lead after another slow start. With the Jaguars giving up over 300 passing yards to their last opponents, the Green Bay Packers, there’s no reason to think that the Steelers will take their foot off the accelerator. That being said, there are some players on the Steelers roster that appear to factor into this week’s matchup in key ways that make them guys to watch.

Even though David DeCastro hasn’t been mentioned as having any lingering injury issues, a decline along the offensive line, including from the veteran right guard, has been noted. Rookie Kevin Dotson has stepped in at times and when he did, the line actually looked a bit better. Alejandro Villanueva and Maurkice Pouncey have also had their moments this season in playing less-than-stellar up front.

While concerns over the run game have been expressed ad nauseam this week after the Bengals game, game film shows that the offensive line has been unable to get the necessary push against opponents in the last couple of weeks; no consistent movement of defensive linemen. While the Steelers have done a decent job of keeping Roethlisberger relatively clean in pass protection, the line hasn’t exerted its will in run blocking. The perimeter is as much a concern as the interior, so keep an eye on the unit as a whole and on DeCastro; he’s been their best pulling guard in the past and if he’s not 100 percent it could explain, in part, why opposing defenses are able to shut down the run game.

Because of the COVID-19 virus, there was concern ahead of the 2020 season that rookies may not have had the time in modified camps and zero preseason games to pick up teams’ systems enough to make significant contributions. Thankfully, the Steelers have embraced their young players and it has paid off.

“We have a really good culture here in that regard,” head coach Mike Tomlin said. “I would imagine if you ask the rookies that, they would echo the same sentiment that the veteran support that they get is significant in terms of allowing them to answer the challenges of playing.”

Receiver Chase Claypool has certainly made an impact for the Steelers offensively. Entering the week, against a Jaguars team that is near the bottom of the league in every pass defense category, Claypool’s versatility – whether it’s a deep pass, a jet sweep, or misdirection – should give Pittsburgh an edge.

On defense, Alex Highsmith has consistently shown the Steelers that he can enter a game and be effective. Several times this season, the Steelers have utilized both Bud Dupree and T.J. Watt in pressure situations while asking Highsmith to play the edge. With Jaguars quarterback Gardner Minshew not yet ready to return to action due to a thumb injury, it will be Jake Luton under center this weekend. Last week, Luton threw for just 169 yards (62.7 QBR) for one touchdown and one interception. Watch for Highsmith to get in on the action when it comes to putting the screws to Luton.

The Steelers’ defensive secondary has shown it has teeth and fire. After blanketing Tee Higgins and Tyler Boyd of the Bengals, the secondary will be ready to dine this weekend. Joe Haden, who’s been teed-up all season, is looking for an opportunity to make a big play against Jacksonville’s leading receivers in D.J. Chark and Keelan Cole. The Steelers have only allowed 211.3 yards per game (5th in the NFL) through the air and have a 79.2 rating (2nd in the NFL) in pass defense.

With Luton likely under near-constant pressure from the Steelers’ defensive front, the odds of him looking for short dump-off plays are high. Last week, Haden made two fantastic defenses on passes Burrow attempted on short slants to the sidelines. He had an opportunity to jump a route, too. With the secondary’s takeaway machinery in power mode, Haden could very well come away with a much-desired turnover.

With all the talk about the run game, it seems only fitting that this will be a week when the Steelers will make adjustments and give James Conner a chance to even out their offensive balance. It isn’t that Conner didn’t get opportunities against the Bengals. In fact, Conner is ranked 12th in the league and out-rushing Alvin Kamara; he’s just one spot below Ezekiel Elliott. The days of power running in the NFL may have faded, but Conner has a versatile skill set that Tomlin and Fichtner likely utilize to test a defensive interior of Jacksonville that has some key injury questions.

Most notable is that the Jaguars are asking rookie defensive tackle DaVon Hamilton to start. Hamilton registered his first NFL sack last weekend. His ability to remain healthy, however, has been a concern for head coach Doug Marrone. Defensive tackle Doug Costin suffered a concussion and a determination has yet to be made on whether he’ll be available on Sunday. Linebacker Dakota Allen (ankle) is also on the watch list for a gameday designation.

With the Jaguars only logging nine total sacks this season, it’s fair to say that their defensive front hasn’t applied a concerning amount of pressure. Jacksonville’s rush defense is currently ranked 20th in the league by FootballOutsiders.com. They have allowed 1,185 rushing yards (131.7 per game) this season. Time to fire up that run game and make yet another adjustment for this Steelers squad in a season that has seen the ability to adapt and overcome push them to a 9-0 record.