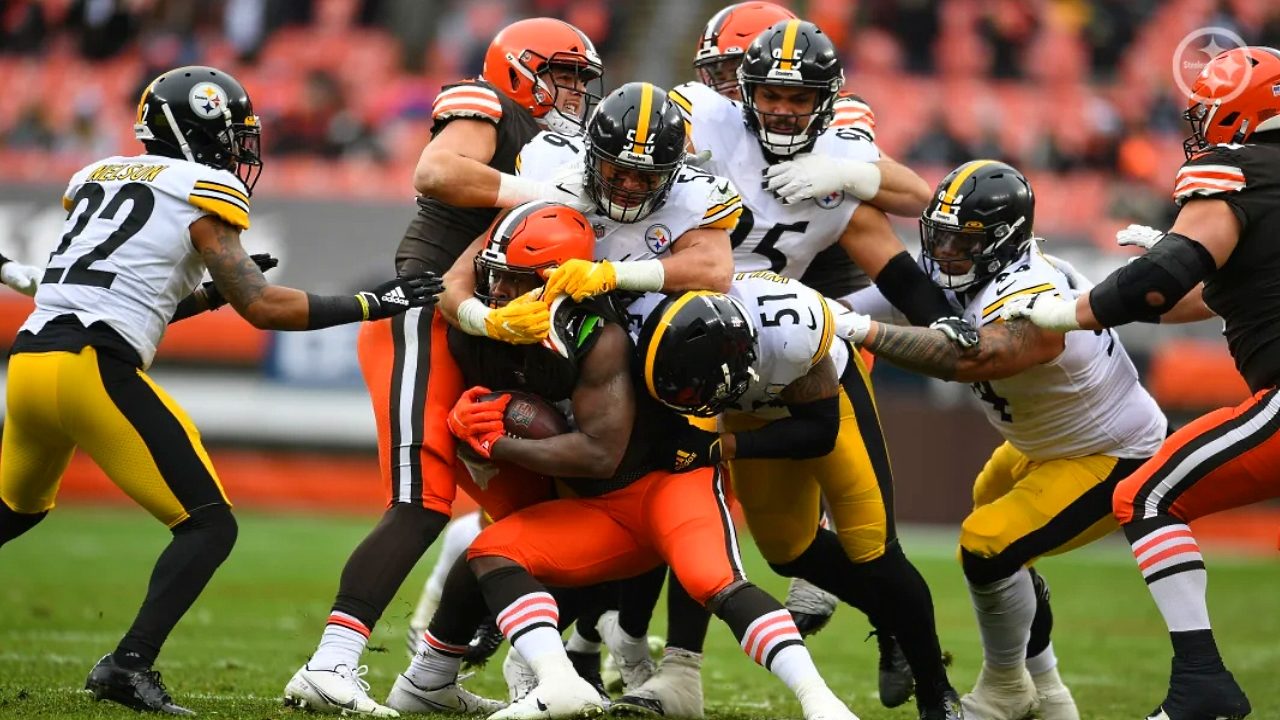 Keys to Steelers success over Browns in ‘Wild Card’ weekend

Before every game of the 2020-21 NFL regular season, Steel City Underground did a full roster analysis to find Pittsburgh Steelers players to keep a special eye on when watching on game day. With the Steelers in postseason play, we switch focus to the keys to success during NFL ‘Wild Card’ weekend as Pittsburgh hosts the Cleveland Browns.

The Pittsburgh Steelers will open postseason play against a foe they faced just last week, and face twice each season in the Cleveland Browns. While the fan bases have kept things lively on social media with bantering back and forth, Pittsburgh has seen the postseason a lot more recently than 2002 – the last time Cleveland has. The AFC North rivals split the series during the regular season; Pittsburgh defeated Cleveland, 38-7 in Week 6 at home before dropping the season finale, 24-22, in Week 17. While the Steelers rested several of their starters, the Browns were without their full complement of key players due to COVID-19. In the first game of the playoffs, the Steelers veterans must play veteran ball – intelligent, attuned, and high execution – in order to lift their younger teammates to a complete team win.

Talk that quarterback Ben Roethlisberger is ‘washed up’ may finally be put to bed when the veteran takes the field this Sunday night. ‘Big Ben’ has played in 21 career postseason games and the last time was during the 2017-18 season. With extra rest, however, it’s more likely fans will see the No. 7 that completed 14-of-22 passes for 162 yards and a touchdown in the first matchup with the Browns during the regular season that featured Baker Mayfield completing 10-of-18 passes for 119 yards, one touchdown to two interceptions; after being sacked four times, Mayfield – battling a rib injury entering the game – was replaced by Case Keenum.

“I think every player should approach this playoff game like it could be their last playoff game ever… When I was a young guy people tried to explain to me, take advantage of this, that, and the other. You’re thinking, ‘I am young; I’ll get back’. It’s not guaranteed. I think all of the veteran guys, as we are winding down our careers, we understand we don’t know what is next. If there is going to be a next for some guys.” – Ben Roethlisberger

On defense, the Steelers have veteran leadership they will lean on in Cameron Heyward. Heyward admitted that he’d been doing a bit of his own homework in preparation for the playoffs. “I was watching our game against Baltimore (2010 postseason) and we didn’t start off too hot but we were able to get a lot of turnovers in that (third) quarter,” Heyward said. “Those things really start to add up in the playoffs.” Later, Heyward admitted that the key to keeping Mayfield from having a big day was for the Steelers defense to put the young quarterback in uncomfortable situations by applying pressure in such a way that escape routes are eliminated. “When we do that and we’re able to put him in situations where he’s gotta throw the ball, it allows us to be more successful.”

“Every guy is different in the way they lead,” offensive guard David DeCastro said about preparing for big games. “Some guys talk more. Some guys just lead by action… I just take the same preparation I would any week, just be the same personality. Guys that are nervous, show them that I am calm, it’s still football. It’s still a game. Every leader takes a different role in how they work.”

It will take a whole-team effort to win

The Steelers will have just 26 players on their roster with postseason experience when they take the field this weekend. That leaves 27 teammates who haven’t shared that experience. Whether on defense, offense, or special teams, the Steelers will need to play as a complete unit in order to take control of the game and its outcome.

“There is a lot at stake. Win the game or go home,” Tyson Alualu, who has been in one playoff game, stated. “There is going to be all of that emotion… You just have to come out ready and prepared.”

During the majority of the first eleven games of the regular season, the Steelers found ways to unify their squads. Granted, one week it may have been the defensive backs grabbing interceptions, one week a linebacker grabbing a loose ball to gain possession, a key block made by an offensive lineman, a big sack by a defensive lineman, or even a young receiver corps taking turns being in the right spot at the right time. They’ll need that same passion in every facet of the game in order to be victorious and move out of ‘Wild Card’ week to further postseason play.

“It’s an elimination game. There is no room for error or miscommunication, missed plays, missed assignments,” receiver JuJu Smith-Schuster stated. “This is something you get it done, get it right, and move on… I don’t think we have really shown our full potential on the offensive side of the ball. I think we can do a lot more starting fast. The urgency is going to be there.”

For a Steelers team that won eleven straight games to open a regular season for the first time in franchise history, there will be little joy if they allow mistakes – that also handed them four losses in five weeks of play – to revisit them, especially to a Browns team they honestly could have swept this season.