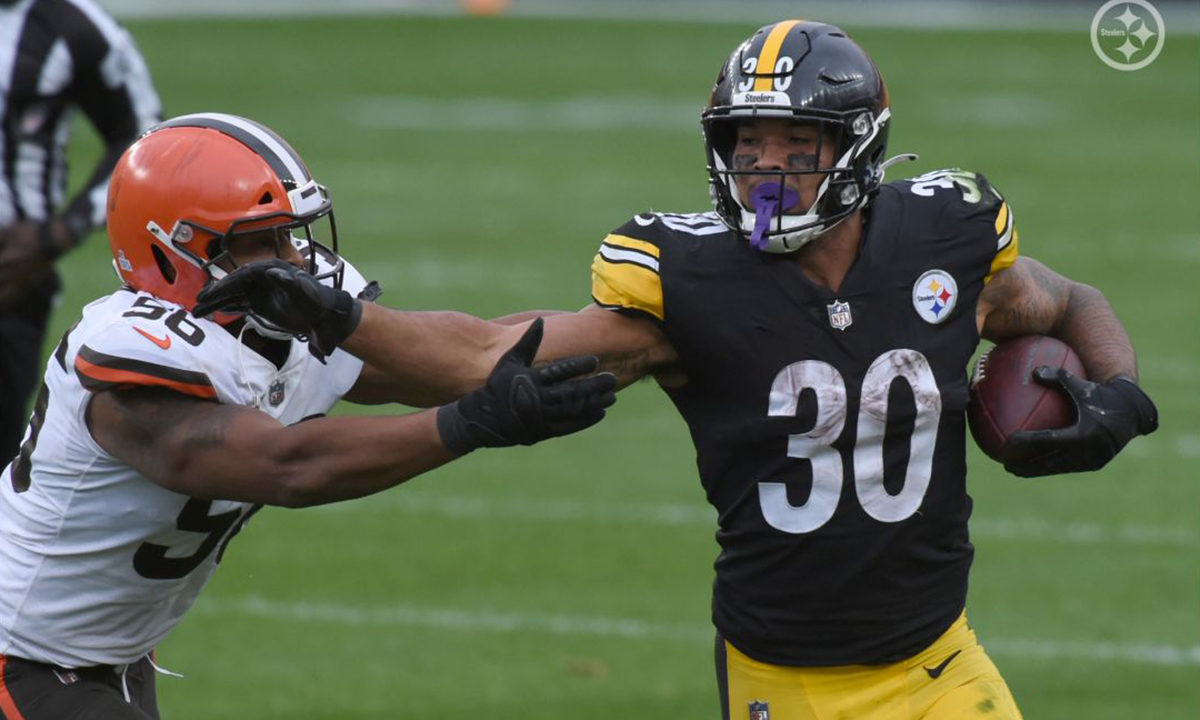 The Cleveland Browns are in the postseason for the first time in 18 years, when they last made the playoffs and lost their first game to… the Pittsburgh Steelers.

In fact, the Browns and Steelers have found themselves in playoff rematches twice over the years, with the Steelers getting the upper hand both times.

This Sunday, history is set to repeat itself.

I would call this a rematch of last week’s game that was played, and won in Cleveland, but the team that the Browns defeated by two points (and were threatened by late in the game) hardly represents the team that will take the field for Sunday night’s Wild Card matchup at Heinz Field.

A number of Steelers starters sat out last Sunday’s game, including future HOF QB Ben Roethlisberger, who owns a 13-0 regular season record against the Browns at home, and has only lost to them twice (and one time) when playing in Cleveland.

In fact, Big Ben’s record against Cleveland was so profound that it took until this year for another passer, the Browns’ Baker Mayfield, to have a better winning record at FirstEnergy Stadium!

Giving Roethlisberger rest last weekend was paramount to what’s about to come. NFL odds indicate that Steelers are about 6-point favorites at home this Sunday. That’s because of another of ongoing side stories.

While Joe Haden is still out due to testing positive for coronavirus, so is his counterpart in Cleveland, Denzel Ward. The Steelers secondary should get Terrell Edmunds back from injury, however the Browns are swapping safeties with Andrew Sendejo coming off of the COVID list and Ronnie Harrison Jr. being added to it.

This leaves the Browns secondary depleted at a time where Steelers TE Eric Ebron is also rejoining the team. Pittsburgh also began working out T Matt Feiler and LB Robert Spillane, who were both starters before landing on IR weeks ago.

All of the above should join Big Ben, along with C Maurkice Pouncey, LB T.J. Watt and DE Cameron Heyward, as players who missed the Week 17 finale but will be back for this game.

That’s eight potential starters returning for the Steelers – and kicker Chris Boswell is another who missed last week’s game due to injury as well.

This doesn’t bode well for a Cleveland team playing in their first playoff game with a young unit who will be without their head coach Kevin Stefanski as well as one of their best offensive lineman Joel Bitonio. Both were placed on the same COVID-IR list earlier in the week, with Cleveland still struggling to open their practice facilities before their trip to Pittsburgh.

The storyline sets up poorly for the Browns. Should they be short numbered after barely walking away with a win in a proverbial dog fight against a slew of Steelers reserves, what could happen when Pittsburgh plays their well-rested starters?

It could look like Week 6’s home stand at Heinz, where the Steelers thoroughly dominated the Browns 38-7. Critics will say those aren’t the same two teams and they are partially correct.

But that didn’t appear to be as big of a problem with players sitting or playing limited time last week either. Chubb gained 108 yards on 14 carries, but nearly half of his yards came on a 47-yard touchdown run as Sean Davis, who hadn’t played all season on defense practically, gave up the edge that sprung the running back free.

Barring any similar mistake from the Steelers, they should be able to contain the Browns running game. Adding Heyward and Watt to the pass rush will also make Mayfield’s job more difficult, as he was actually outplayed by Steelers backup QB Mason Rudolph (aside from the victory).

It’s never easy facing the same opponent multiple times within the same season, especially for a third time and in back-to-back weeks. Familiarity plays a key role in stopping the opponent, but the large changeover in who the Browns have to face with the adversity of their current coronavirus situation as well as their lack of historical success against Roethlisberger, leads me to believe that the Steelers easily cover that spread and then some.

Put me down for a double-digit win as the Steelers coast into the Divisional round of the playoffs by vanquishing Cleveland.