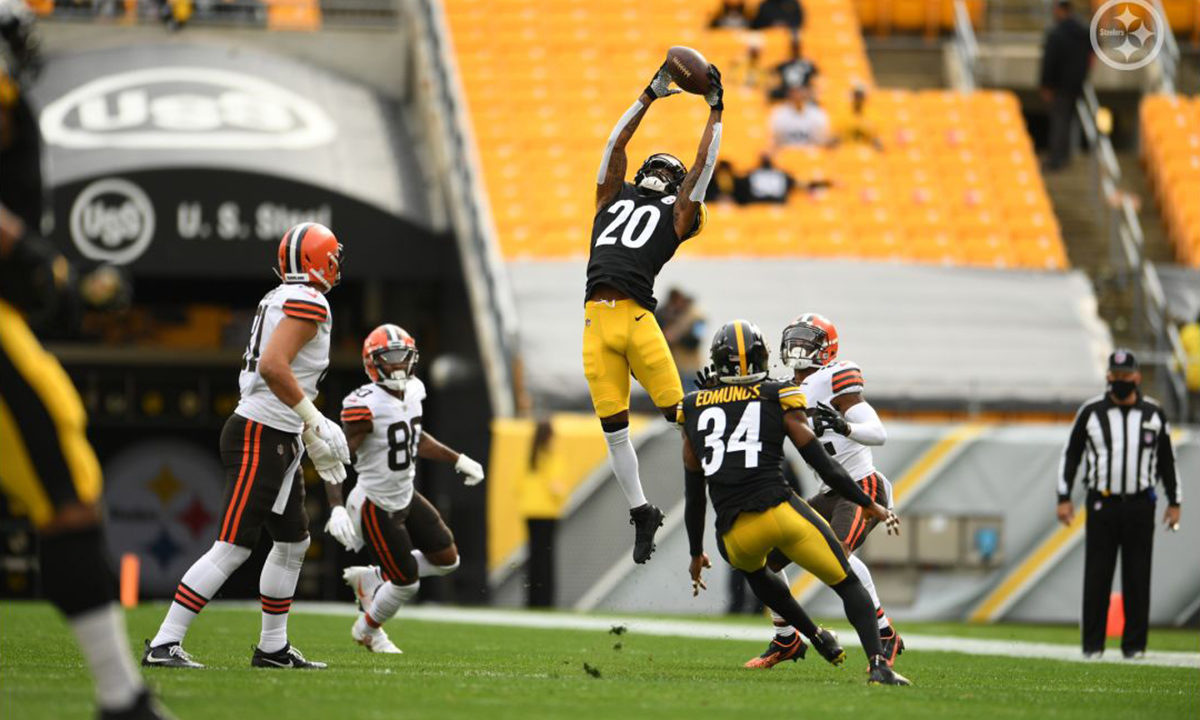 With the opening of the NFL’s new league year, the Pittsburgh Steelers made some moves in the free agency market; they retained several players from their roster while adding a few players where there were roster needs. Steel City Underground looks at the Steelers’ most recent free agent transactions.

By March 18, 2021, the Steelers had addressed several free agent deals in-house by re-signing Zach Banner and J.C. Hassenauer to short-term contracts but the front office wasn’t finished. They also re-signed return specialist and wide receiver Ray-Ray McCloud and linebacker/safety hybrid Marcus Allen to cap-friendly deals. Pittsburgh then reached out to former offensive lineman B.J. Finney, who’d spent time with the Seattle Seahawks during 2020, to return to the Steelers.

Some of the biggest news, however, came as the weekend unfolded and the Steelers were able to retain two significant free agents: JuJu Smith-Schuster and Cameron Sutton.

The re-signing of Smith-Schuster was a bit polarizing among Steelers fans, many of whom who had petitioned on social media during the 2020 season that the young receiver was distracting the team due to his use of multiple social media accounts and pre-game activities. Other fans were ecstatic that the Steelers were retaining their most veteran receiver, a guy whose blocking for others has been compared to Hines Ward, on a very young receiving corps. Last season, Smith-Schuster logged 97 receptions for 831 yards and nine touchdowns on an offense that struggled off and on during a rollercoaster season. That Smith-Schuster turned down a more lucrative offer from the Baltimore Ravens to make the one-year deal with Pittsburgh might just earn him a little more respect moving forward.

“He is a guy I can line up anywhere anywhere and he knows what to do. What you see from him in terms of his demeanor, his attitude, when the ball is in his hand is determination.” – Ben Roethlisberger on Smith-Schuster.

The re-signing of Sutton, who finished the 2020 season with 29 tackles, eight pass defenses, an interception, three forced fumbles, a fumble recovery, and a sack, was highly significant after it became known that the Steelers were allowing Steven Nelson to seek out a trade with other NFL teams. As one of the most versatile players in the Steelers’ secondary, Sutton earned the trust of the organization enough to earn an additional two-years with the team that drafted him.

The Steelers also looked outside the organization to bring two free agents to Pittsburgh. Hybrid safety/linebacker Miles Killebrew was their first on Saturday. Offensive guard/tackle Joe Haeg, who was most recently with the Super Bowl champion Tampa Bay Buccaneers, was the second.

Killebrew, a 2016 third-round selection out of Southern Utah University for the Detroit Lions, is known for his ability to make solid hits, cover well in the box, and break up passes in coverage. In each of the last two seasons with Detroit, Killebrew recorded triple-digit tackles, making his addition to the Steelers roster one that was not only cap-friendly but should give the team more versatility depending on where they choose to play him. His skills on special teams, however, may be a focus immediately while in Pittsburgh. Killebrew’s deal is for one season and the team has yet to disclose the full details.

Haeg, a former fifth-round selection by the Indianapolis Colts, spent the 2020 season with Tom Brady and the Buccaneers. Able to play both guard and tackle, his ability to slide outside and inside makes him a solid choice for offensive line depth and a challenger for a spot with Chuks Okorafor. Whether Haeg can perform as well as Matt Feiler, who signed with the Los Angeles Chargers, did will be something to watch come training camp. Haeg made the highlight reel in Super Bowl XL with a missed touchdown pass from Brady on a tackle-eligible play during the blowout over the Kansas City Chiefs. Full details on the deal between the Steelers and Haeg have not yet been disclosed, either.