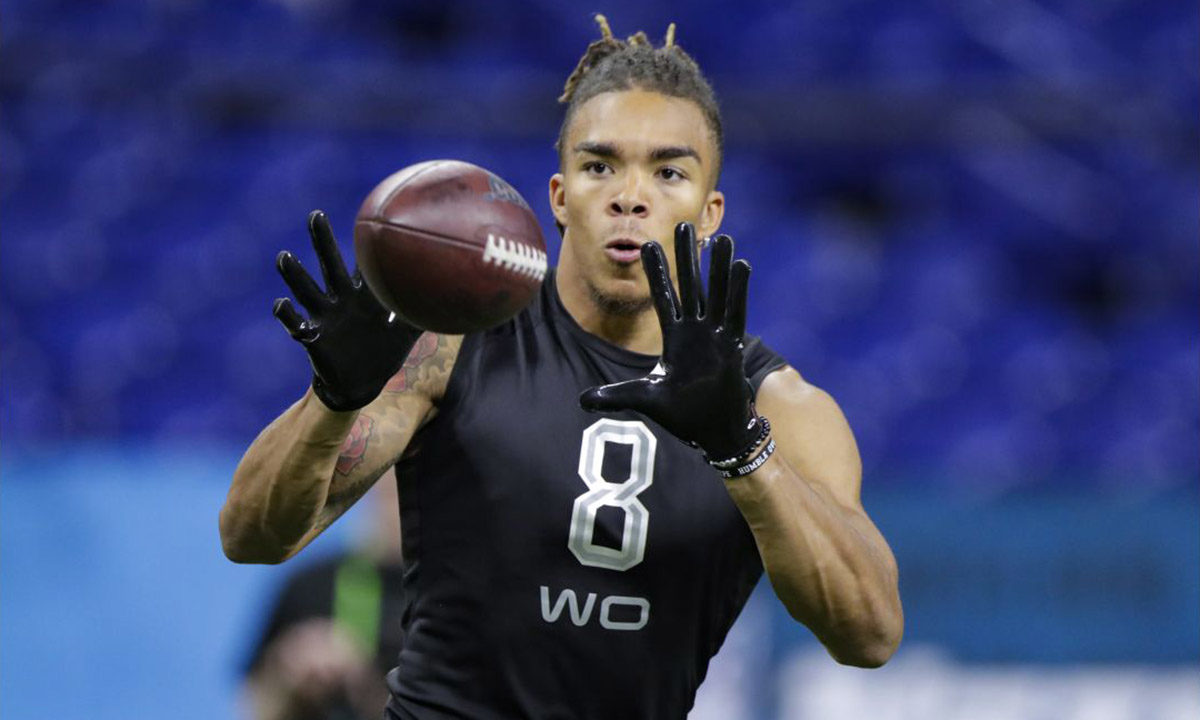 Every offseason is filled with optimism. However, entering the 2020 NFL Draft, Steelers fans tempered their expectations after the team made an unprecedented move a season earlier in order to improve their team.

The lowered enthusiasm for the opening night of the draft was due to the Steelers not having a first round pick. That selection was dealt to the Miami Dolphins in what was an unprecedented move for the Steelers, who sent the pick over in exchange for S Minkah Fitzpatrick.

Steelers Nation would have to wait until the second day of the selections to see which incoming college players would be rookies on the roster.

The first pick by Pittsburgh would be the 49th overall selection, in the second round. With no podium as the entire process moved into cyberspace with the ongoing COVID-19 pandemic, waiting an extra day for the Steelers to pick was just one of many ways this year’s NFL Draft stood out.

When the Steelers finally got their choice, they hit on Notre Dame WR Chase Claypool, a freakish athlete with size and speed that had some teams labeling him a tight end instead.

The organization’s next draft choice in round three would be a compensatory pick as well, as the Steelers sent their traditional third rounder to the Denver Broncos in a trade package to move up and select LB Devin Bush in 2019.

This set the space between picks from 49 to 102, with the Steelers adding depth at outside linebacker with Charlotte’s Alex Highsmith.

The team would only have four more draft picks throughout the final four rounds. Their two selections in the fourth round would be Anthony McFarland Jr., a running back out of Maryland, and Kevin Dotson, a guard out of Louisiana-Lafayette.

Maryland safety Antoine Brooks was chosen in the sixth round, and the Steelers draft would conclude with seventh round draft pick, Carlos Davis, a defensive tackle from Nebraska.

Overall, the Steelers draft haul felt slim but spectacular. Trading picks to land Bush and Fitzpatrick on defense got them a head start, and each of the other selections filled various needs.

While Claypool and Highsmith didn’t have to become overnight starters, they provided depth at their positions. The remaining four players were further down the depth chart than the highest two picks, but would be called upon at various times throughout the 2021 season, with all six selections making the team.