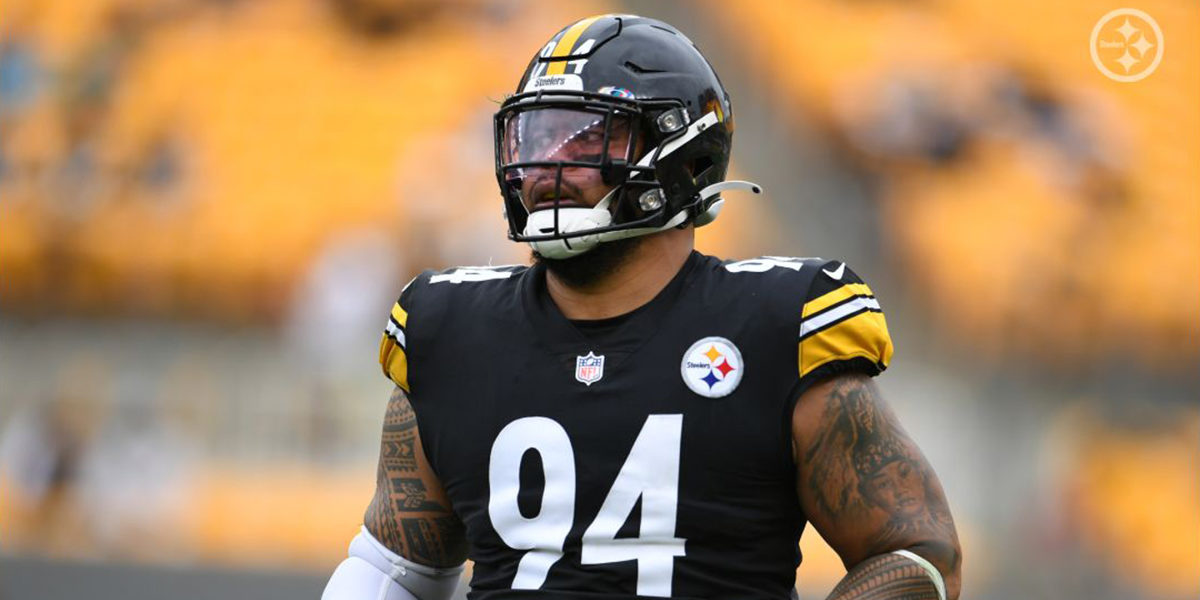 In a world where the NFL is seemingly unpredictable, the Pittsburgh Steelers, and specifically, General Manager Kevin Colbert, tend to tip their cap toward what moves they will make in the upcoming draft.

In years past, the Steelers have addressed offseason positions of need by doubling down within the NFL Draft as well as signing free agents. Those free agents don’t always come off as the flashiest additions, but sometimes the players contribute while others fail to make the team.

Here are some of the Steelers most recent additions which show the positions they’re likely to also take come draft time.

One of the most desired positions fans want the organization to select in the upcoming draft is running back.

The Steelers were dead last in rushing yards last season, something fans equate to not having good running backs. While I believe the opposite is true – and that play calling was the real issue (28th ranked Tampa Bay won the Super Bowl Afterall) – there’s still a void at the top of the depth chart with James Conner’s departure in free agency.

Ballage has bounced around the NFL since entering the league in the fourth round with the Miami Dolphins in 2018. He was a player targeted by us here at SCU as a potential draft addition.

Now, after having played two seasons with the Dolphins, and with the Jets and Chargers in 2020, Ballage joins the Steelers as insurance if the team doesn’t get the player they covet in the draft.

However, I do believe Ballage could contribute in other ways: he’s a gifted runner and receiver, who was stuck in some miserable situations. (The Dolphins were busy tanking their team for Tua, if you recall.)

Ballage could also be a camp cut depending on who else is added to the roster and how things play out this summer.

Finney, Coward and Haeg are offensive linemen who represent one of several draft needs for the Steelers. With the retirement of Maurkice Pouncey and the departure of Alejandro Villanueva, all but one of the Steelers vaunted offensive linemen from a top-rated line years ago remains: David DeCastro.

At the top of the last decade, Pittsburgh had drafted Pouncey, DeCastro, and Marcus Gilbert who shored up the offensive front for years to come. Undrafted free agents such as Villanueva and Ramon Foster completed the puzzle as the Steelers run game behind Le’Veon Bell was a vaunted attack.

Fast forward to 2020, and we know that the run game was non-existent and that the team relied on quick, short passes in order to protect Ben Roethlisberger.

In 2021, each of the above-named linemen will compete for a roster spot.

Zach Banner was also brought back after getting injured in the first game of 2019, meaning that at least four different linemen could get a crack at the starting lineup in 2021.

I’m of the belief that the Steelers will add at least two more players on the line through the draft. Regardless, these players were added with some security in mind.

One more “outsider” added to the Steelers ranks this offseason is Killebrew. The former Detroit Lions special teams ace has played both safety and linebacker in the NFL.

If this sounds familiar it should: Mark Barron had a similar career path when he came to Pittsburgh a couple of seasons ago.

While the Steelers also brought back Robert Spillane and Marcus Allen as inside linebackers, it’s clear that they’d like more depth and a player who can better cover against the pass. The latter is one of the reasons (along with salary) that longtime linebacker Vince Williams was released a few weeks ago.

The Steelers seem to be planning to add another linebacker to the group soon. It wouldn’t surprise me if they took one in the first three rounds of this year’s draft.

With the Steelers looking thin at several positions heading into the offseason, they’ve already secured a former starting running back in Ballage, a potential starting center with Finney and some other depth on their offensive line with Haeg and Coward.

Banner would appear to compete to at tackle, possibly Villanueva’s vacated spot too.

Along with Killebrew on defense, and a few extra internal signings (Tyson Alualu, Cameron Sutton, Chris Wormley) the roster doesn’t appear to be as thin as it once was. Yet, we can all agree the team would benefit by adding high pedigree rookies at running back, offensive line and linebacker through the upcoming draft.

Which is precisely the way the organization operates: by signing veterans and building through the draft. Look for the Steelers to target each of these areas specifically come April 29th.