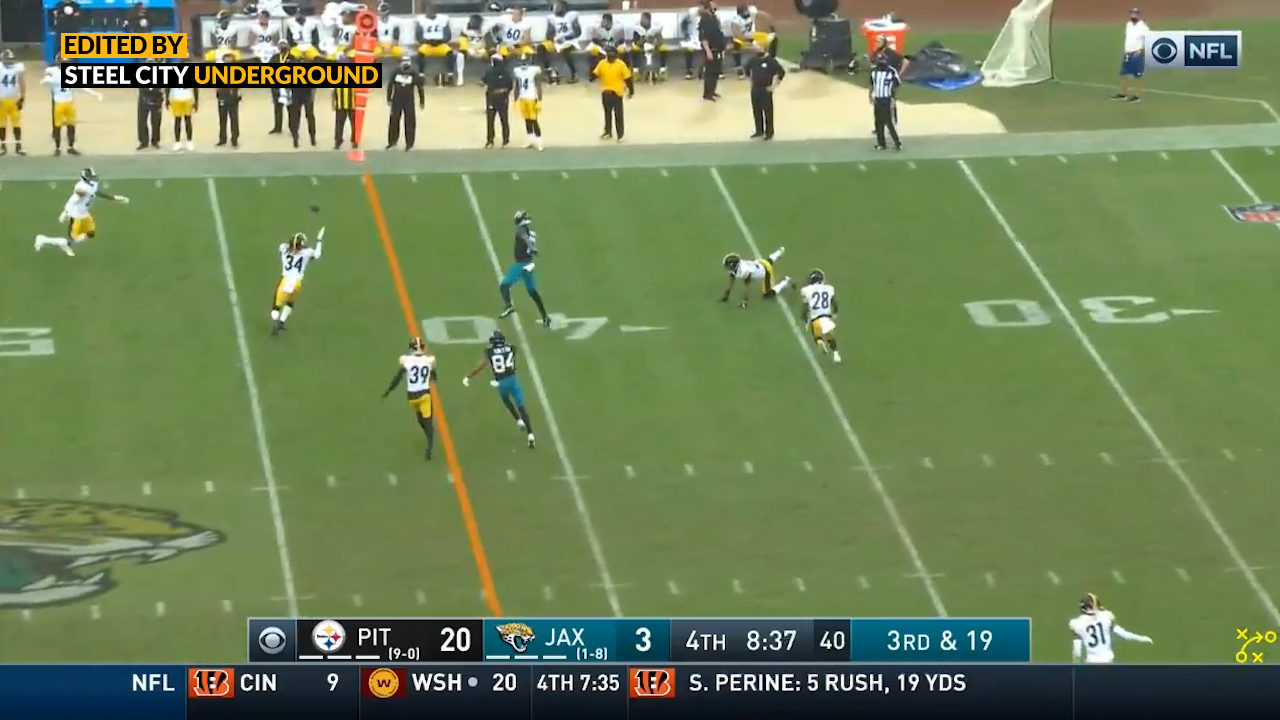 Plays of the Year: Terrell Edmunds gets his second pick of the game against the Jaguars

The Pittsburgh Steelers were looking to cruise to their tenth-straight win in Week 11, hoping to keep their unbeaten streak alive on the road – against a one-win Jacksonville Jaguars team, which was reeling from injuries and in the middle of a rebuild phase to begin with.

With Pittsburgh up 20-3 in the fourth quarter, the Jaguars took the field once again with rookie quarterback Jake Luton attempting to muster some form of offense. However, the Steelers defense had other plans.

On 3rd-and-9 with 9:06 remaining in the game, the Jaguars ate an offensive holding penalty, a rarity against Steelers Defensive Player of the Year candidate T.J. Watt (who was practically head-locked and drilled into the ground).

Setting the Jags back another ten yards, Luton took the snap and looked for his star receiver D.J. Chark Jr., but instead found Steelers safety Terrell Edmunds who makes a vertical leaping play at the ball before bringing it down into his hands.

Edmunds, the former first round pick in 2018, had largely been criticized over the last few seasons for his lack of splash plays, despite his role usually not putting him in a position to pick off passes. (He seldom blitzes as well.)

But on this day Edmunds would pick off not one, but two of Luton’s passes, instantly tripling his career total which began that day with a single career interception.

With his pair of picks, Edmunds would help the Steelers seal their tenth win in the 2020 season, improving to 10-0 with a 27-3 victory over the Jaguars.

As for Edmunds, those two picks would prove to be his only of the season.