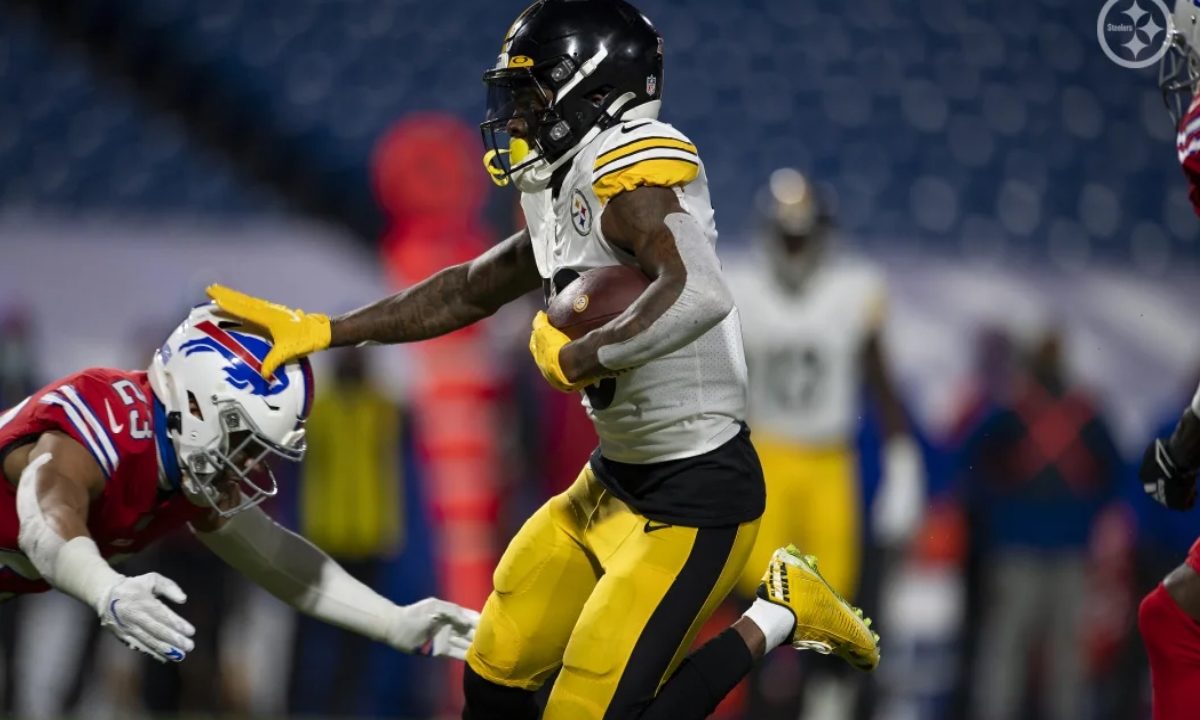 The Pittsburgh Steelers may currently be involved with OTAs ahead of training camp but this is the perfect time to do an early 2021 NFL regular-season preview for the team. The Steelers will open regular-season play on the road against the Buffalo Bills and then play host to the Las Vegas Raiders in Week 2. In this preview, we’ll look at the Steelers’ opponents, additions those teams made via the 2021 NFL Draft, and other key factors that could play a part in how the games may play out for the Steelers.

Week One: Steelers at Bills

On the day of their December 13, 2020 matchup in New York, the Steelers flew, for the first time in eight seasons, in on game-day with the knowledge that they had clinched a playoff spot for the first time in three seasons. With an 11-1 record, the Steelers battled the AFC East-leading Bills, losing the No. 1 seed in the AFC after holding a seven-point lead for nearly all of the first half of the game. The Bills finished their regular season on a six-game win streak with a record of 13-3. They handed the Indianapolis Colts a loss during the Wild Card Round of the playoffs before beating the Baltimore Ravens in the AFC Divisional Round. The Bills then faced the Kansas City Chiefs in the AFC Championship game but lost, 38-24.

During the offseason, the Bills used the fifth-year option on both quarterback Josh Allen and linebacker Tremaine Edmunds. Wanting to remain competitive in the AFC, Buffalo then made the most of their 2021 Draft options by selecting the following players:

The Bills are in year four of a rebuild and there are different expectations for some of their most recent selections than previous years’ picks. Being among the AFC’s top teams, fielding a veteran roster that remains solidly intact from 2020, the Bills have time to work the 2021 picks into the proper roles. Despite selecting back-to-back defensive ends, Mario Addison and Jerry Hughes are expected to be the incumbent starters this upcoming season with A.J. Epenesa as the primary backup. With the set of new offensive tackles, they will get opportunities to learn from Daryl Williams and Dion Dawkins in bolstering the front of the Bills offense. Stevenson may get a bigger role right away, at least as a returner on special teams, as he competes with Stefon Diggs, Cole Beasley, Emmanuel Sanders, and Gabriel Davis. Presumably, Stevenson will replace Andre Robert as the return specialist.

The last time the Steelers faced the Raiders, they did so in Oakland (California) in 2018. With the Raiders moved to Las Vegas, it might have been interesting for Pittsburgh to travel to the city of lights – they’ll host an old rival at Heinz Field, instead. In Jon Gruden’s fourth season since returning to the league as a coach, the Raiders – who’ve had just one season with a winning record and one trip to the postseason since 2002 – a tough start against the Baltimore Ravens and then the Steelers will put them on a difficult road to keeping up with division rival Kansas City.

The Raiders, arguably, grabbed one of the best offensive linemen in this year’s draft class in Alex Leatherwood despite pundits who felt he was a “reach”. Although the offensive line had holes, the biggest concern for many analysts was how the Raiders’ defense could improve. Rankings vary about the following picks the Raiders made in the 2021 NFL Draft:

With three veteran quarterbacks on their offseason roster (Derek Carr, Marcus Mariota, and Nathan Peterman), it should be interesting to see how soon Leatherwood and Morrissey are asked to make an impact on the offensive line. It will also be interesting to watch the Raiders to see which quarterback makes enough of a statement during training camp to set his roster spot.

Defensively, the Raiders will ask Moehrig to step up as soon as possible due to Johnathan Abram‘s history of injury despite re-signing veteran Karl Joseph.  Gillespie and Deablo will be nice compliments to a defense that was often scorched by opposing offenses in the open field.