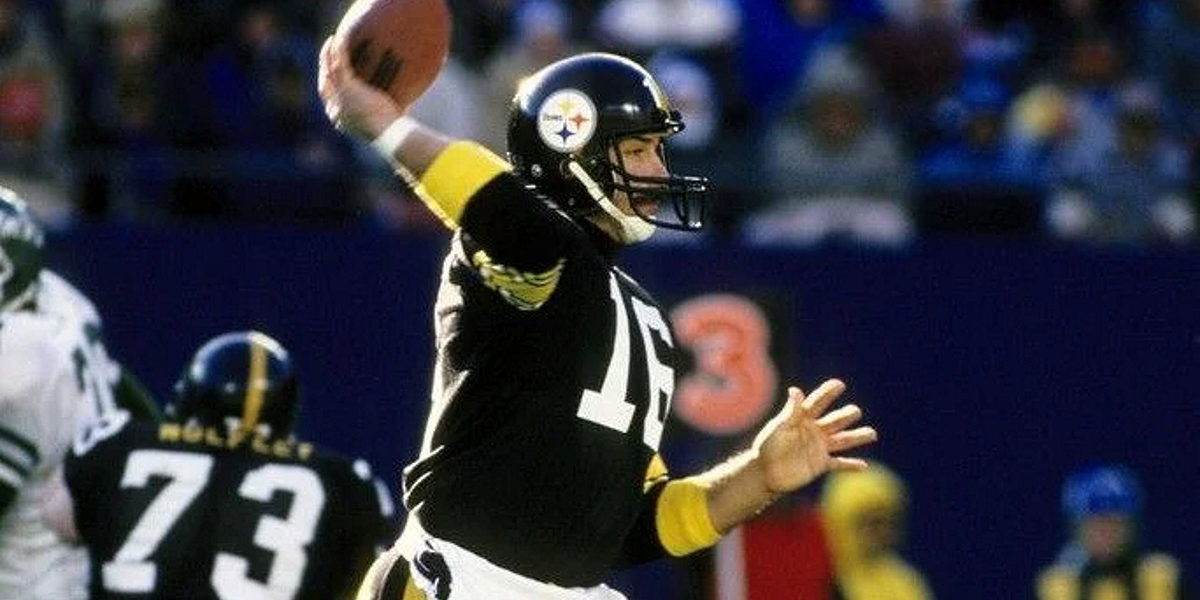 For those who read nothing but headlines, this week’s look back at a time in Pittsburgh Steelers history may be a bit shocking. For those who have followed the team for decades, they may be better prepared to revisit a moment in the career of the quarterback often known as “he who shall not be named”; that player is Mark Malone.

Malone, who became a television sportscaster (WXPI in Pittsburgh and ESPN) that won an Emmy Award four times as the sports director at WBBM-TV in Chicago and most recently worked in the Alliance of American Football for TNT as a play-by-play announcer, has been called a wonderful man by many who know him personally. This throwback isn’t to disparage Malone’s character, as an individual, in any way. It is, however, a moment in time when the fans’ much-hated quarterback in later years, that Malone went from zero to hero, and it only lasted for a very short time.

As the nation’s most recruited quarterback in 1975 from El Cajon Valley High (near San Diego, California) and a potential USOC decathlete for the 1980 Olympics, Malone was selected with the No. 28 pick overall in the 1980 NFL Draft from Arizona State University. His mobility and speed on his feet were one of the interests the Steelers had in Malone after years with Terry Bradshaw, a relatively slower pocket passer, as their top quarterback. Malone logged 27, 143, and 132 carries in three years with Arizona State, respectively, and that resulted in 21 rushing touchdowns. He also threw for 197, 1305, and 1886 yards during that time period for 23 touchdowns. Appearances were that Malone would be a star in the Steel City.

During the 1981 NFL regular season, the Steelers were under head coach Chuck Noll; Tony Dungy, Tom Moore, George Perles, and Woody Widenhofer were assistant coaches and coordinators. Their preseason odds were plus-800 to go to the Super Bowl. The team finished with an 8-8 record and spelled the end of a great Steelers dynasty. Injury-plagued, Pittsburgh ended the season with no entrance into the playoffs and second in their division behind the Cincinnati Bengals.

In their November 8 game on the road at the Kingdome, the Steelers faced the Seattle Seahawks. Bradshaw wasn’t having a spectacular game (one sack, two interceptions, one touchdown, 68.8 quarterback rating), and his counterpart Jim Zorn was throwing hot (277 yards, one touchdown, 121.6 quarterback rating). John Stallworth had just three catches in the game, leaving most of the touches through the passing and run game to Franco Harris, Frank Pollard, Russell Davis, and Sidney Thornton.

Malone, still wet behind the ears and not yet ready to assume the primary quarterback duties, entered the game as a wide receiver. On one play, Malone would shock Steelers Nation and instantly become a franchise-record holder. Ahead by just four points, the Steelers put another seven points on the scoreboard to open the second quarter of the game. Backed up deep, on second down, Malone went into motion on the outside deep route right and Bradshaw heaved the ball. When Malone caught the pass and ran it 90 yards for a touchdown, the Seahawks fans expressed their disappointment. In that moment, however, Steelers fans were loving Malone.

Malone’s lone career catch set the Steelers’ touchdown reception franchise record until Mike Wallace broke it with a 95-yard reception for a touchdown against Arizona in 2011.

Steelers fans would later have a love-hate relationship with Malone when he took over as the starting quarterback. Plagued by injuries and inconsistency, Malone was loved for leading the Steelers in a 1984 game that handed Super Bowl Champion San Francisco 49ers their only loss that season and for guiding the Steelers to the 1984 AFC Championship against the Miami Dolphins. Malone only played during five-of-seven seasons when he was in Pittsburgh, another issue that is often brought up in the conversation about his time with the Steelers. Regardless, his single career reception is one for the memory books.