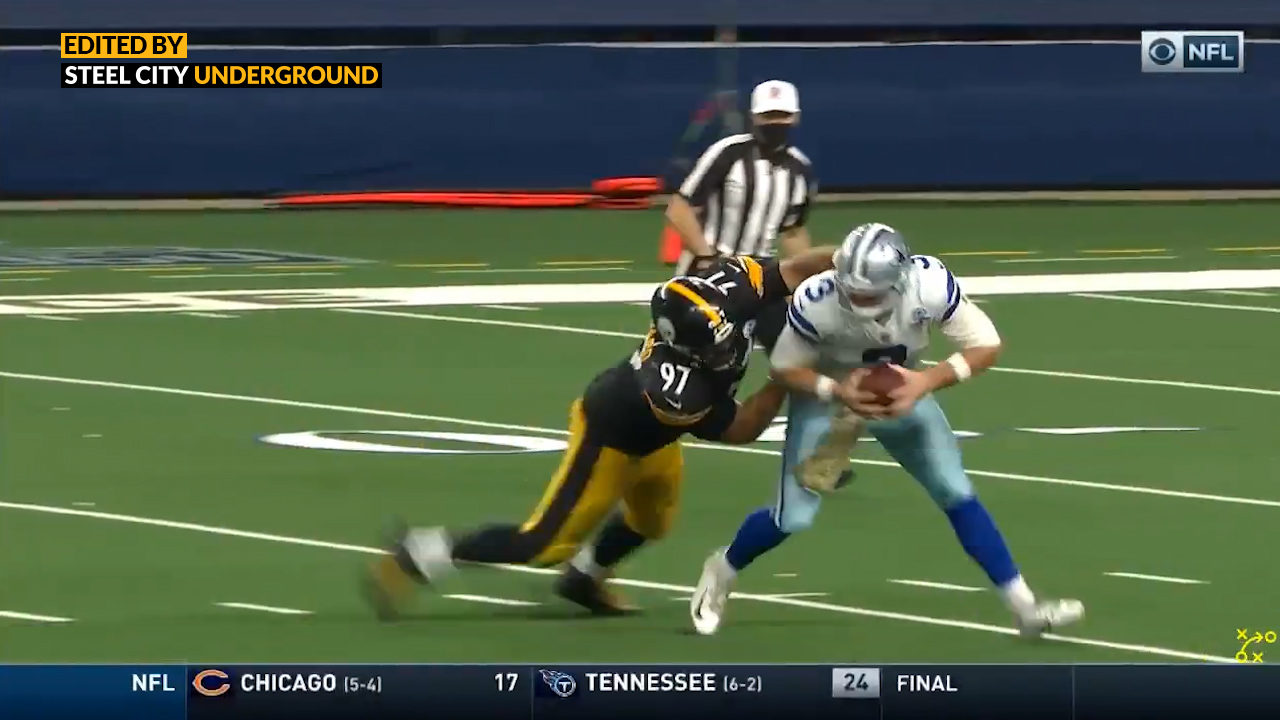 Plays of the Year: Cam Heyward unleashes his inner beast with clutch 4th down sack

7-0 and still rolling on into Dallas during Week 9 of the 2020 NFL season, the Pittsburgh Steelers’ unbeaten streak was hanging by a thread at times against the Cowboys.

Down to their fourth quarterback of the season, the Cowboys were major underdogs in this game, but somehow found a way to surprise a Steelers team reeling from a hard-fought win over the Ravens one week earlier. That was until Cameron Heyward and the Steelers defense made their presence felt.

Heyward made one of the most clutch plays in his excellent career to help the Steelers grind out a 24-19 win over the Dallas Cowboys.

After the Steelers offense took the lead for the first time in the game, Dallas was driving down the field with consistency. Stiffing up later in the drive, the Steelers forced a 4th-and-8 on the Dallas 41-yard-line. Dallas goes gun with a trey-left formation and snaps the ball – immediately the Steelers display why they are the best pass-rushing defense in the league.

Cam Heyward uses all of his strength and drives straight-through Dallas’ left guard, clubs with his left arm, and hunts down QB Garrett Gilbert.

Gilbert tries to escape, but like a lion on a gazelle, Cam snags his prey and does not let go… as T.J. Watt comes in to help secure a 17-yard sack to end the drive!

This single play near the end of the game helped redeem a Steelers squad that was getting out-coached and out-played for three and a half quarters.

Regardless, a win is a win and the Steelers would go on to secure their eighth-straight victory during the 2020 campaign.